Bill Murray unveiled the "Bannon Canon" and discussed his new skin care product, and who he will support in 2020 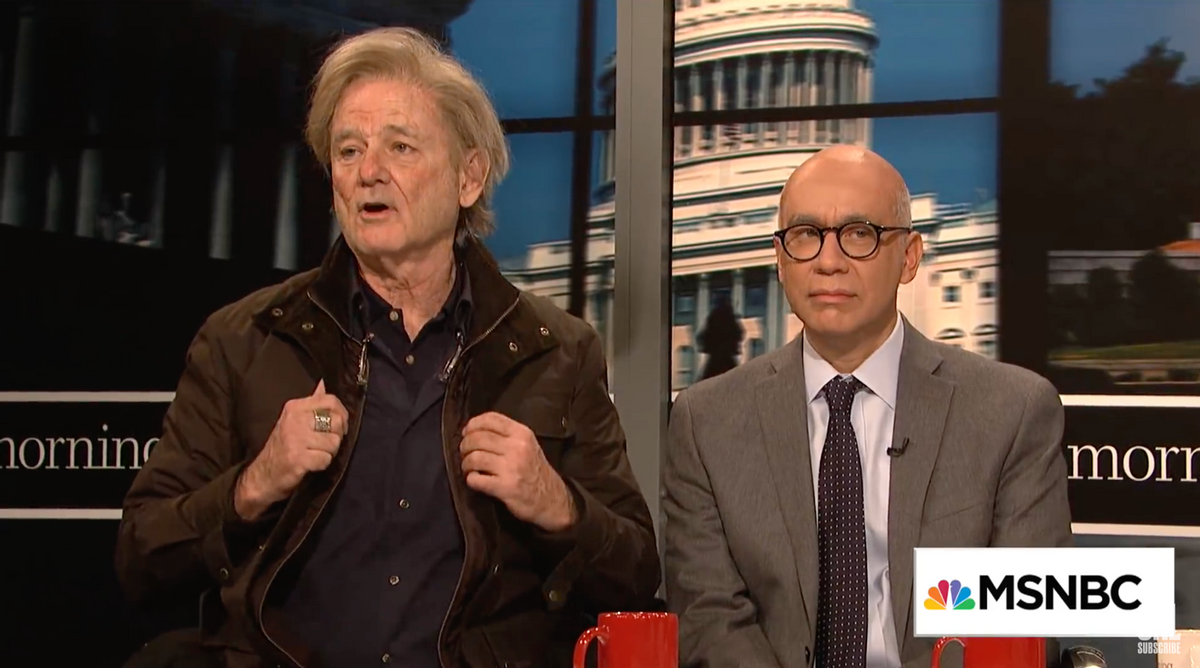 In the first "Saturday Night Live" of 2018, Fred Armisen played author Michael Wolff in the show's cold open and shut down his critics in a faux interview on MSNBC's "Morning Joe." Bill Murray also surprised the audience and appeared in the skit as former White House chief strategist Steve Bannon, who was played by a cast member for the first time, to discuss his new clothing line, his upcoming web series and a new list of candidates he will support.

Kate McKinnon and Alex Moffat starred as "Morning Joe" co-anchors Mika Brzezinski and Joe Scarborough, respectively, and the two couldn't keep their hands off each other.

In Armisen's interview as Wolff, the author of the new tell-all "Fire and Fury" was asked if there were things he didn't include the book. The faux Wolff explained the worst part he left out were the "baby races."

"Trump would ask to have two babies placed in his office, usually of different ethnicities," Armisen said. "Someone would put a bowl of Goldfish crackers on the other side of the room, and Trump would say, 'A thousand bucks on the black one.'"

"Is that real?" McKinnon asked.

Wolff's book has received criticism for some of its notable errors, and his credibility has also been called into question by some.

Armisen responded to the skeptics, and asked, "Look, you read it right? And you liked it, you had fun?"

"So what's the problem? You got the gist so shut up," Armisen said. "You know even the stuff that's not true, it's true."

In the past, Bannon was depicted on SNL wore a skull mask with a hood and was depicted as a grim reaper. Murray unveiled himself from the hood to a loud applause from the audience.

When asked what he was doing now that he has been ousted from the White House and Breitbart News, Murray explained he was working on a web series for Crackle, and developing a line of wrinkled barn jackets named, "frumpers, for guys."

"I convinced this country to elect Donald and I can do it again" Murray explained. "Already auditioning candidates, got some prospects. Logan Paul. Martin Shkreli. The Subway guy, Jared Fogle, he’s back. He’s electable. It’s time for America to slide down the Bannon-ster."

Watch the full SNL skit below: