14 dystopian films that sorta predicted the future of sex

They almost got it, but not quite 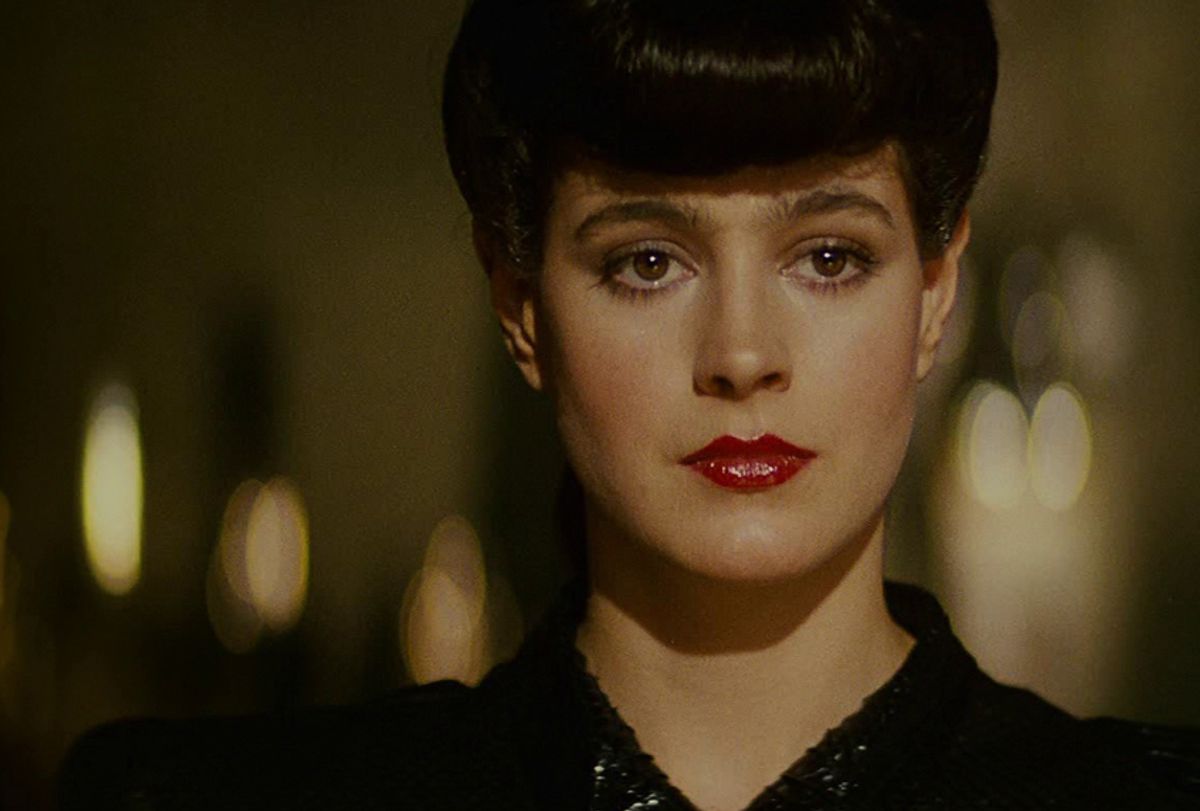 Futuristic films, be they "Star Trek"-optimistic or "The Road"-pessimistic, have a very mixed record when it comes to predicting the actual world of tomorrow with anything like accuracy. For every one that gets telecommunications or tablet computers right, there are a hundred or so others that promise things so pie-in-the-sky that they seem less sci-fi than pure "Harry Potter" fantasy. Let's remember that "Blade Runner" is set in 2019. You see any super-powered replicants from off-world colonies popping up next year? No. No you don't.

And, yet, in odd, little ways, sometimes these dystopian visions of distant tomorrows manage to say a lot about things happening today or, barring that, about innovations just around the corner. In particular, a few of them have nailed specific things about the future of sex, dating and the relationship between the genders that makes them seem downright prophetic, even when they're mostly focused on hot 20-somethings battling it out with giant alien bugs.

And, so, here are 14 films that said more about the future of sex than maybe even they intended.

"Idiocracy"
Mike Judge's 2006 "Idiocracy" often gets credit for predicting the rise of President Donald Trump and his goonish administration. Yes, there are parallels to be drawn between 45 and the film's President Macho Camacho (played by Terry Crews). But there is also something to be said for the movie's tongue-in-cheek transformation of today's latte-swinging Starbucks chain into a futuristic business primarily known for selling  — ahem — manual stimulation to motivated gentlemen. While Starbucks itself shows no signs of selling happy endings alongside Frappuccinos, there have already been several attempts to create coffee shops that will service male customers in similar ways, sometimes with robots. None of these efforts has truly caught on as of yet, but that various individuals have been willing to try the idea at various times and places suggests that there is something profound and shared about this idealized meeting between caffeine and prostitution, something that may crop up again in our near future.

"Logan's Run"
In this 1976 film's take on the year 2274, the remnants of humanity live somewhat blissfully in habitats under the war-charred surface of the earth. The only catch is that citizens happily sacrifice themselves in a public, disco-style ritual called "Carousel" when they turn 30 in order to maintain healthy population levels. That's a bit much, but "Logan's Run" should be given some credit for predicting the rise of dating apps, Tinder in particular. In one scene, our hero logs onto a service in his apartment that allows him to swipe through various women also looking for companionship — though it should be noted that instead of merely sitting on the other side of the screen and chatting it out, users can immediately hop into the home of anyone they match with through teleportation. This is either a vast improvement on the current system or a serious hazard, depending on your point of view.

"Cherry 2000"
Another prediction of the dating world of tomorrow comes from this criminally under-watched 1987 Melanie Griffith vehicle. While those with the means and the will turn to highly lifelike sexbots (more on them later) to satisfy their needs, others in this dystopian world meet in clubs. There, lovers hook up only after viewing videos of each others' past sexual exploits and sexual résumés, and then coming to terms on what will (and won't) happen through signed, notarized sexual contracts. While this is a cynical, comical stab at the idea, the notion of sexual contracts or agreements has been forwarded on various college campuses as a way to confirm consent in environments where young men often act in predatory ways toward young women. Less controversially, contracts have become popular in the world of BDSM, where they help make the grey lines of kink clearer for both parties for safety's sake. They're a solid, angry joke in the film, but sometimes a genuine benefit in the real world.

"Blade Runner"
Speaking of sexbots, some of the most interesting of their ilk appear in the 1982 "Blade Runner" and its 2017 sequel, "Blade Runner 2049." Here, sexbots don't simply have humanoid bodies either as fleshy replicants or airy holograms, they have minds capable of making them ideal companions. Already, such companions are the focus of both Artificial Intelligence researchers and more crass, commercial entities. Some want to help the old or the disabled. Others just want to turn a profit. Whatever the case, it's worth remembering that the replicants of "Blade Runner" have become so intelligent that they tip from being tools to being self-aware slaves. We're a long way from that, but such issues could arise in our future.

"WALL-E"
Whether true Artificial Intelligence arrives in 20 years or 200, what will the result be? Will these synthetic minds be entirely alien to us or, crafted by humans and formed in our likeness, will they too have emotions, the need for companionship or something like sexual desire? Will robots get real with other robots? Will sexbots sex up other sexbots? These questions are barely even a twinkle in the eye of researchers yet, but the more we talk about AI the more we must consider them. Certainly, we can only hope the outcome is something as cute as the relationship between WALL-E and his love, EVE.

"Starship Troopers"
Back to the present moment for a bit, there's a real-life phenomenon that makes a certain famous scene in a certain satire of militaristic xenophobia seem somewhat prescient. In 1997's bonkers "Starship Troopers," the amped-up members of the 23rd century's Mobile Infantry clean up in a unisex shower where the relationship between nudity and desire is far more nuanced than that of most of modern society. Twenty years on, co-ed bathrooms in colleges and universities are becoming increasingly common. While older generations may bristle, it seems younger ones have been navigating this ripple just fine.

"Children of Men"
In one of the most genuinely depressing and convincing dystopias onscreen, Alfonso Cuarón's vision of 2027 shows us a world in the midst of social, economic and political collapse due to the fact that humanity is no longer able to produce children. While we're nowhere near there yet, male fertility rates in the Western world have been plummeting and no one really knows why (though there are theories). There's been a drop in female fertility in the U.S. as well, though most of that is pinned to women choosing to have children later in life. Even in a world as crowded as ours, it's concerning.

"Zardoz"
Bonkers, misogynist and unintentionally silly at times, John Boorman's nonetheless visionary 1973 look at the year 2293 similarly touches on infertility in the upper classes and, to some extent, the unchecked rise of the uber-wealthy. Near asexual and near infertile, the powerful "Eternals" of "Zardoz" live long, safe, boring lives of luxury that seem completely alien to the subsistence-level "Brutals" they lord over — that is, until Sean Connery's diaper-clad Zed enters their magically gated community and goes on a spree of murder and sexual assault. Swell.

"Sleeper"
Charming and a throwback to a time when we could talk about Woody Allen without becoming physically nauseous, 1973's "Sleeper" imagines a world where people get high off of shiny metal orbs and get their sexual jollies via a machine called the "Orgasmatron." This idea of technology-induced orgasms has become somewhat of a reality with the advent of an electro-stimulus device and other similar efforts. Such was the influence of "Sleeper" that such theoretical devices are often called "orgasmatrons" in the press even though Allen was not the first filmmaker to use the concept.

"Demolition Man"
This 1993 action yarn, which is basically just "Sleeper" with guns, Taco Bell product placements and Wesley Snipes, also dives into the idea of electronically induced orgasms in a scene between Sylvester Stallone and Sandra Bullock that, in some ways, seems ripped off from 1968's "Barbarella." What it adds, in its own odd way, is that in 2032 the actual act of physical intimacy has become socially unacceptable, gross even. While the vast majority of people still love a little bump-and-grind, researchers, observers and society in general are becoming more appreciative and aware of asexuality as a true sexuality in and of itself and the idea that, yes, love can happen between individuals without physical contact.

"Mad Max: Fury Road"
So many dystopian visions of the future either present a world of misogyny or are themselves misogynistic. The fourth film in the "Mad Max" series similarly portrays a future that is unkind to women, one where sex is often forced and the female body is used as a tool. However, this film also shows a glimmer of hope as, led by a warrior woman with help from a male ally, a group of oppressed females rally against and defeat a brutal, misogynistic, obese blowhard who wears tons of foundation, leads an angry cult of personality, loves oil and bullets and has bizarre, pale hair. Sound familiar? Not all dystopias turn out so bad.

"Born in Flames"
On a similar tip, but rolling out in a much different fashion, is the struggle portrayed in the fiery, dystopian 1983 no-budget thriller "Born in Flames." Less an adventure than an exploration, it's the story of women of many sexualities, political leanings and ethnicities networking, communicating, activating and resisting a racist, patriarchal regime. A film with echoes of #MeToo, this "Battle of Algiers"-style story says the future is not only female, but queer and of color, too.