"It's amazing that these guys will lie to cover for Donald Trump; he obviously said it" 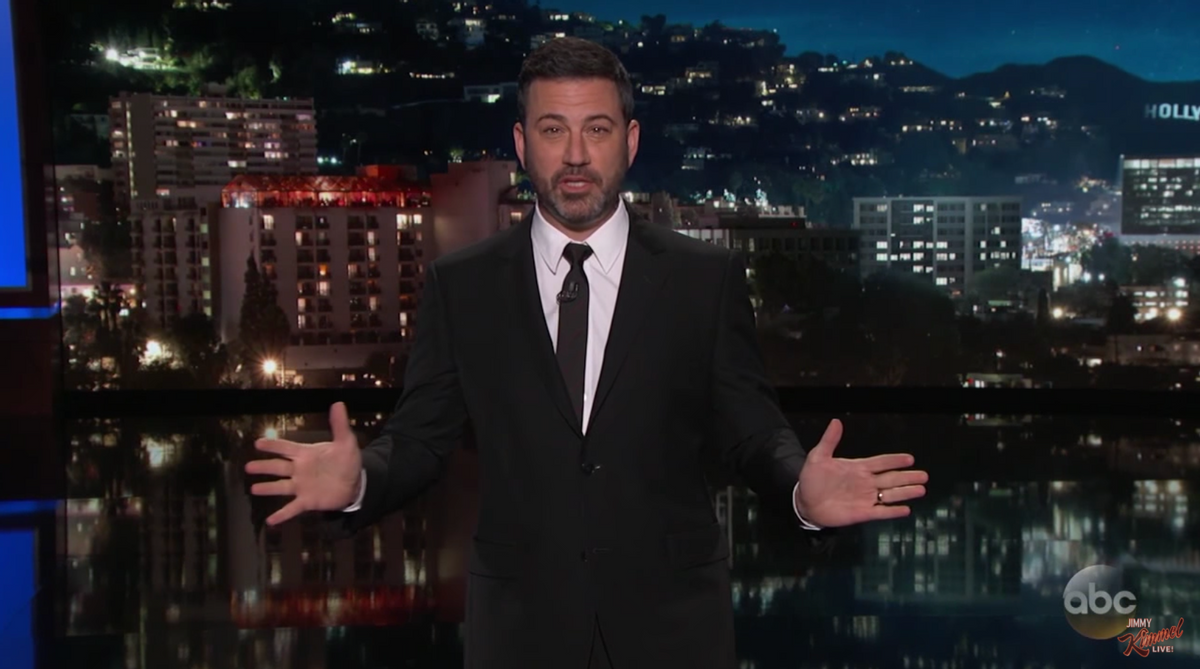 Late-night host Jimmy Kimmel blasted two Republican senators who "brazenly lied" to defend and deny the racist remarks made by President Donald Trump in a bipartisan meeting on immigration reform.

After rolling a clip of a recent interview where Perdue grew frustrated over having to repeatedly deny that Trump had used the word "s**thole" to describe countries — but not denying that Trump said he'd rather have Norwegian immigrants — Kimmel said, "Just keep saying it until something true comes out of your mouth and we'll be happy."

Trump was widely condemned last week, both at home and abroad, for his comments, and both Democratic and Republican lawmakers present at the meeting corroborated the report and said he used obscene language. Sen. Lindsey Graham, R-S.C., has stood by his original story that Trump's reported comments were "basically accurate."

Perdue and Cotton, meanwhile, have vociferously defended the president. Their defense was that Trump technically didn't say what others heard him say. They told the White House they heard Trump say "s**thouse" countries, rather than "s**thole," The Washington Post reported — which hardly makes a difference when you're saying you don't want people from those countries here.

"It's amazing that these guys will lie to cover for Donald Trump; he obviously said it," Kimmel said. "And I know they're just trying to get what they want but — remember this thing called truth? The thing 'Superman' fights for, along with justice and the American way?"

The late-night comedian went on: "Kind of important because without truth you can't have justice or the American way. You can't have anything."

It's gotten to the point where the truth has to be settled by fighting it out, Kimmel explained, and that Cotton and Perdue "went on TV and brazenly lied, even though there are multiple corroborated reports from Republicans, that the president said this."

These two are basically saying, 'We like the story the president made up better, so that's going to be what happened,'" Kimmel said. "It's like if you went to a casino and the guy you're playing cards with says, 'a five is worth more than a king,' and you say, 'no it isn't' and he says, 'yeah it is.'"

Kimmel added, "And then you just have to strangle each other to settle it; that's where we're at right now."

He pointed out that even Housing and Urban Development Secretary Ben Carson distanced himself from Trump.

Rolling a clip of his speech from a Baptist Church in Alabama, Carson said, "I am a member of this administration, and I don't agree with the president about everything."

"Looks like somebody's finally waking up," Kimmel said of Carson.