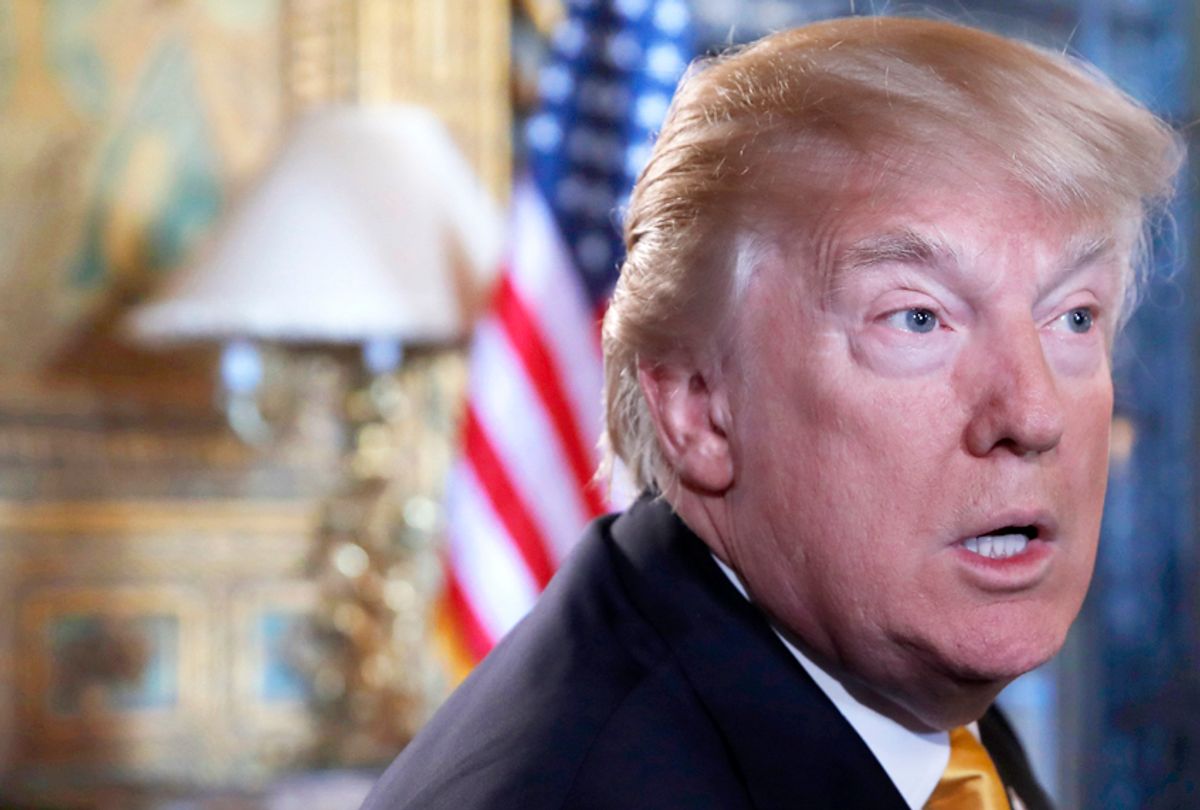 President Donald Trump's morning routine has been revealed — and it's heavy on "Fox & Friends," tweeting, and seeking validation from aides and friends.

Trump begins his day at 5:30 a.m., after getting only four or five hours of sleep, according to CNN. Whereas most of Trump's predecessors would arrive in the Oval Office by 9 a.m. to commence with their morning routines, Trump prefers to stay in the private residence where he can watch TV, catch up on the coverage of his administration from major newspapers and send out tweets.

Once he is up, Trump spends most of his morning in the Yellow Oval Room on the second floor of the White House residence, with his Twitter-enabled cellphone in one hand and the White House landline in the other. He is surrounded by the front pages of The New York Times, The Washington Post, The Wall Street Journal and the Washington Times. He skims the headlines as "Fox and Friends" plays in the background for the next three hours.

Although Trump usually arrives in the West Wing around noon for various meetings, briefings and phone calls, this doesn't put a stop to his TV consumption habits.

Most of the televisions in the West Wing are multiscreen systems, allowing aides to keep an eye on several news channels at once, but Trump chooses to watch one channel at a time. His Twitter feed is often a clear indication of what he is watching as he taps away on the screen in front of him, posting tweets that often replicate Fox News chyrons and tagging guests who made a point he liked on air while denigrating those who didn't.

The president is also heavily reliant on his personal cell phones, which senior aides often refer to as "Trump One" and "Trump Two." It is on these devices that the president will issue tweets about news items that please or infuriate him, as well as go about his daily business as president.

Who he calls largely depends on the time of day. His mornings are typically reserved for staffers and lawmakers, who he sometimes calls immediately after they've appeared on cable news. Later, after he is animated by the day's news, Trump will ring up old friends, former staffers and cable news hosts to ask for advice or fume about the day's coverage. One of the President's outside advisers believes this is because Kelly has typically left the White House by 6 p.m., and Trump is once again free to do as he pleases.

The president has less control over the calls he receives through the landline of the White House switchboard. In an attempt to instill some order in the chaotic White House, Kelly screens all of Trump's calls as received through that line.

The news about Trump's schedule revolving around watching TV and tweeting does not come as a surprise to many of the people who have noticed how his tweets have often reflected Fox News programming stories, with the most recent example being his near-undermining of a FISA bill vote in Congress after watching a right-wing critic of the provision on "Fox & Friends."

"President Donald Trump's Twitter feed has gone from a nuisance to a big deal, and it's a huge deal for the White House which is trying to contain the fallout from the constitutional nuclear explosions that happen every time he hits the 'send' button on his Twitter app," Jeremy Binckes of Salon observed in June.