A Republican government shutdown looms, despite attempts to blame Democrats

The House passed a stopgap bill, but it may falter in the Senate due to internal Republican divisions 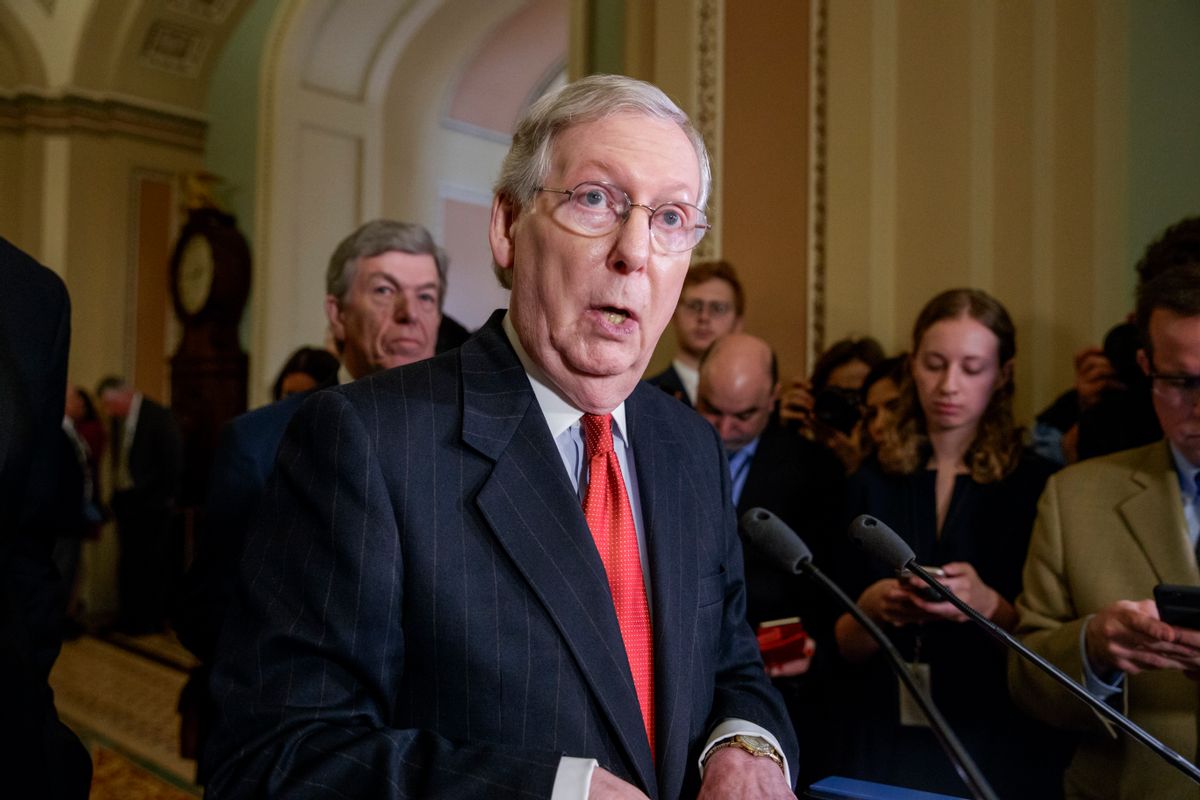 With the possibility of a government shutdown looming, Republicans can't find a way to set aside their divisions for the good of their country.

President Donald Trump seemed to acknowledge that the party's fate depended on it not being held responsible for a shutdown, which polls strongly indicate would be overwhelmingly blamed on them.

On Thursday night, the House of Representatives managed to pass a stopgap spending bill that would keep the government from shutting down until Feb. 16. It would need roughly a dozen Democratic votes to pass in the Senate, however, and Democrats have made it clear that their priorities include protecting DACA beneficiaries, increasing aid to Puerto Rico, improving the government's response to the opioid crisis and bolstering domestic spending, according to The New York Times.

But even Senate Republicans aren't unified in the spending bill.

As a result, Flake said, he was "not inclined to vote for a CR." Republican strategist Rick Wilson noted that overall there are five Republicans who are saying no while Sen. John McCain, R-Ariz., is unavailable to cast his vote.

That makes Republican talking points — that this is a Democratic shutdown — pretty hard to believe.

"If Democrats vote in insufficient numbers for the short-term funding bill, and the government shuts down, the culprit will be easy to identify," Greg Sargent of The Washington Post wrote on Friday morning. "It will lie in the bottomless bad faith coming from President Trump, his hard-line anti-immigration advisers and some Republicans — and with Trump’s openly advertised racism and white nationalism."

David Frum, senior editor of The Atlantic, shared that view.

The one issue that Republicans managed to take off the table was funding for the Children's Health Insurance Program, which the stopgap spending bill would fund for an additional six years. But the CHIP program is being reintroduced after funding lapsed months ago — and it's a blatant ploy to paint Democrats as anti-CHIP funding.

But remember that Republicans were derailed from an earlier agreement they had reached on CHIP when Trump sent out a random tweet opposing it thanks to the influence of one of his favorite TV shows, "Fox & Friends," according to Politico.