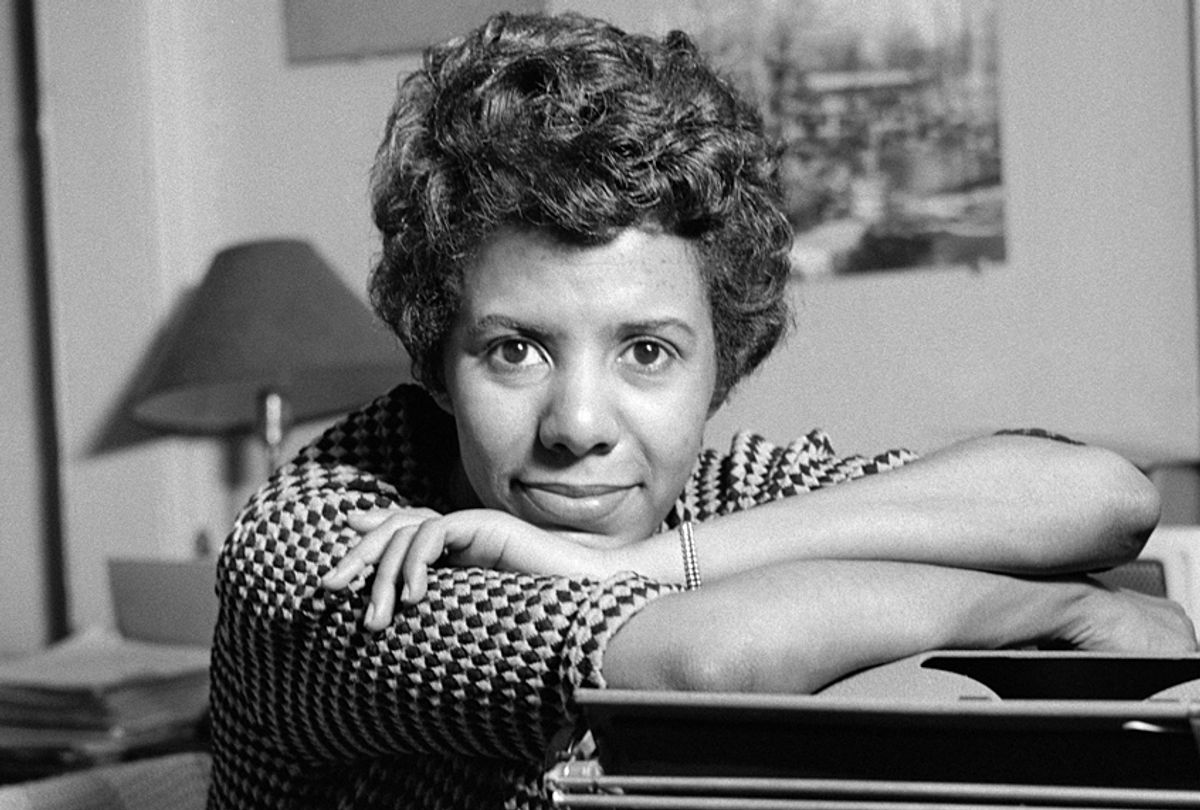 Lorraine Hansberry, along with her contemporary James Baldwin, is a talent whose impact has been muted by literary history and fashion. Like Baldwin, her work has long been minimized to her authorship of the 1959 play “A Raisin in the Sun” and a career in journalism prior to its success. And this presupposes any familiarity whatsoever with Hansberry or her groundbreaking play.

Hansberry, like Baldwin, is only recently being celebrated once more, following a long period of near-complete absence from America’s educational curricula. And while Baldwin’s work is appraised anew by a modern generation of artists and authors, it’s heartening that Hansberry is receiving her due via filmmaker Tracy Heather Strain’s considerate documentary “Lorraine Hansberry: Sighted Eyes/Feeling Heart.”

Debuting on PBS member stations Friday at 9 p.m. as part of the service’s “American Masters” series, “Sighted Eyes/Feeling Heart” constructs a contextually rich portrait of Hansberry’s biography, from her upbringing on Chicago’s South Side through the end of her life. She succumbed to cancer at age 34.

Strain’s examination of Hansberry’s life fills in the areas largely left gray by historical skimming, bringing her history to life through photos and unpublished documents, including journal entries read by Anika Noni Rose. Rose’s voice reenactments make Hansberry’s passion and loneliness corporeal, which is incredibly important given how explicitly personal “Sighted Eyes/Feeling Heart” gets at times.

Scholars and, truly, anyone desiring to peruse Hansberry's biography on Wikipedia can piece together an outline of Hansberry’s life through her work as a journalist (for the New York-based black newspaper Freedom, published by Paul Robeson) and her family history.

Her father, Carl Augustus Hansberry, made his fortune in real estate. His belief in using the legal system to secure rights for American blacks emboldened him to challenged Chicago’s segregated housing practices by purchasing a home in what was then a white neighborhood called Woodlawn. The violence Lorraine and the rest of her family experienced as part of that was only somewhat mitigated by a limited victory granted to her father by the Supreme Court.

The playwright’s witnessing of her father’s disillusionment over subsequent defeats in the justice system and his untimely death lit a fire in her that informed her radical politics.

And her experiences in growing up in a ghetto, “which automatically means intimacy with all classes and all kinds of experiences,” she wrote, informed her conscious crafting of “A Raisin in the Sun” to accurately reflect black family life in late 1950s America.

The critically acclaimed production went on to the New York Drama Critics’ Circle award for Best American Play in the year of its debut. Her next major Broadway production, “The Sign in Sidney Brustein's Window,” didn’t receive as warm a reception, closing on the same night as her death.

“Raisin in the Sun” established Hansberry as a force among black intellectuals — notable enough for then-Attorney General Robert Kennedy to invite her, along with Baldwin, Harry Belafonte, Lena Horne and others, to discuss the state of civil rights in America. The meeting, though considered a flop, is  remembered by Baldwin, as recounted in Raoul Peck’s film “I Am Not Your Negro,” which notes that Hansberry confronted Kennedy’s timidity.

Hansberry’s public accomplishments are easily accessed. But Strain’s emphasis on Hansberry’s interior world, depicting an existence tinged by longing, lends “Sighted Eyes/Feeling Heart” a kind of luminescence rarely seen in most biographical documentaries. Strain is not content to simply make this  a stroll through her subject’s life. Rather, the filmmaker gives heavy consideration to Hansberry’s lesbian identity and the difficulties she faced being a black woman in a sheltered community dominated by white women. Her marriage to a white Jewish radical, Robert Nemiroff, is presented more as a political act than a romantic one. Strain includes enough details about their amicable relationship, even after their divorce, to allow viewers to interpret the depth of his romantic inclinations in any way they desire.

LaTanya Richardson Jackson’s narration and interviews with Ruby Dee, Harry Belafonte, Sidney Poitier and Louis Gossett Jr. grant a life and liveliness to this expansive view of Hansberry’s life. “Oh, what I think I must tell this world!” she writes in an early journal entry. Hansberry might have found it gratifying to see the way Strain thoughtfully captured the fervor and drive in a way that makes her life story whole and true.