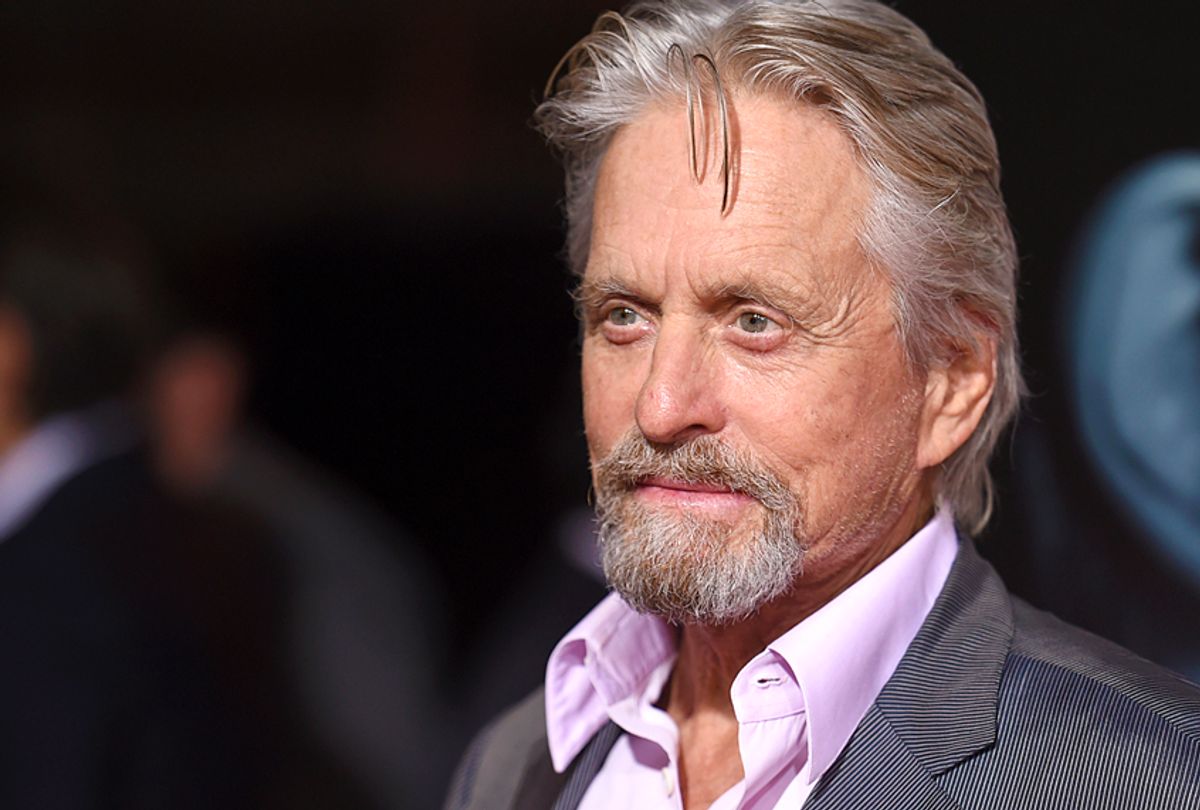 Susan Braudy, a journalist and author, has accused actor Michael Douglas of sexual harassment when she worked as his employee during the apex of his career in the 1980s.

Thursday, The Hollywood Reporter published an account of her story, one in which she alleges Douglas berated her with constant profanity and "sexually-charged dialogue, demeaning comments about her appearance, graphic discussions regarding his mistresses." Braudy claims Douglas masturbated in front of her. In a written statement to the Hollywood Reporter, Douglas described the accusations as "an unfortunate and complete fabrication."

Braudy repeated her allegations in a "Today" show interview with NBC News’s Kate Snow. "He thought he was the king of the world and that he could humiliate me without any repercussion," she said.

But Douglas himself was the first to bring Braudy's story forward when he spoke to Deadline via phone in for article titled "Michael Douglas Gets Out Front Of Potential Harassment Story To Preemptively Deny Sordid Accusation" published last week. "I felt the need to get ahead of this," he told Deadline.

Douglas admitted to using "colorful language," in front of Braudy, but said, "none of it was directed at her." He added, "she may have overheard private conversations, and if she was offended, she could have excused herself." To the claim that he masturbated in front of her, Douglas said, "This is a complete lie, fabrication, no truth to it whatsoever."

Braudy provided the Hollywood Reporter with a written account of her experience, including notes and files from her time working for Douglas. As well, three people confirmed that she told them about the alleged harassment and misconduct at the time. "She also has a 1993 letter from the California Women's Law Center showing she inquired about remedies for sexual harassment in the workplace (read it here)," the Reporter adds, "though she says she was too intimidated to follow through with a complaint."

Braudy wrote in her account to the Reporter, "I knew something was off but had no name for it. . . I'd never heard there was a phenomenon called sexual harassment and didn't know the term until the Anita Hill hearings in 1991." She described specific instances of alleged harassment, including claims that Douglas referenced her clothes and how he imagined she'd be in bed.

The most serious allegation points to a script meeting that supposedly took place in Douglas' apartment. "I peered at him and saw he'd inserted both hands into his unzipped pants. I realized to my horror that he was rubbing his private parts," Braudy wrote. "Within seconds his voice cracked and it appeared to me he'd had an orgasm." Of the same alleged incident, Braudy told NBC that she felt "very scared" and that her friends urged her to stay quiet about it for fear of retribution.

"Fire and Fury" Author and columnist Michael Wolff told the Hollywood Reporter in an email about the alleged sexual misconduct, "I was told in the immediate aftermath — that day or the next," He added, "We have discussed the incident many, many times since, as well as Douglas' relentless, goading, mocking and belittling sexual behavior." Wolff said Braudy was "shaken, bewildered, frightened, angry." Journalist Lynn Povich wrote to Braudy in an email, "Yes, they can use my name because it's true you told me at the time."

In a statement to the Hollywood Reporter, Douglas said, "At no time then did she [Braudy] express or display even the slightest feeling of discomfort working in our environment, or with me personally. That is because at no time, and under no circumstance, did I behave inappropriately toward her."

See Braudy's interview on "Today" below.