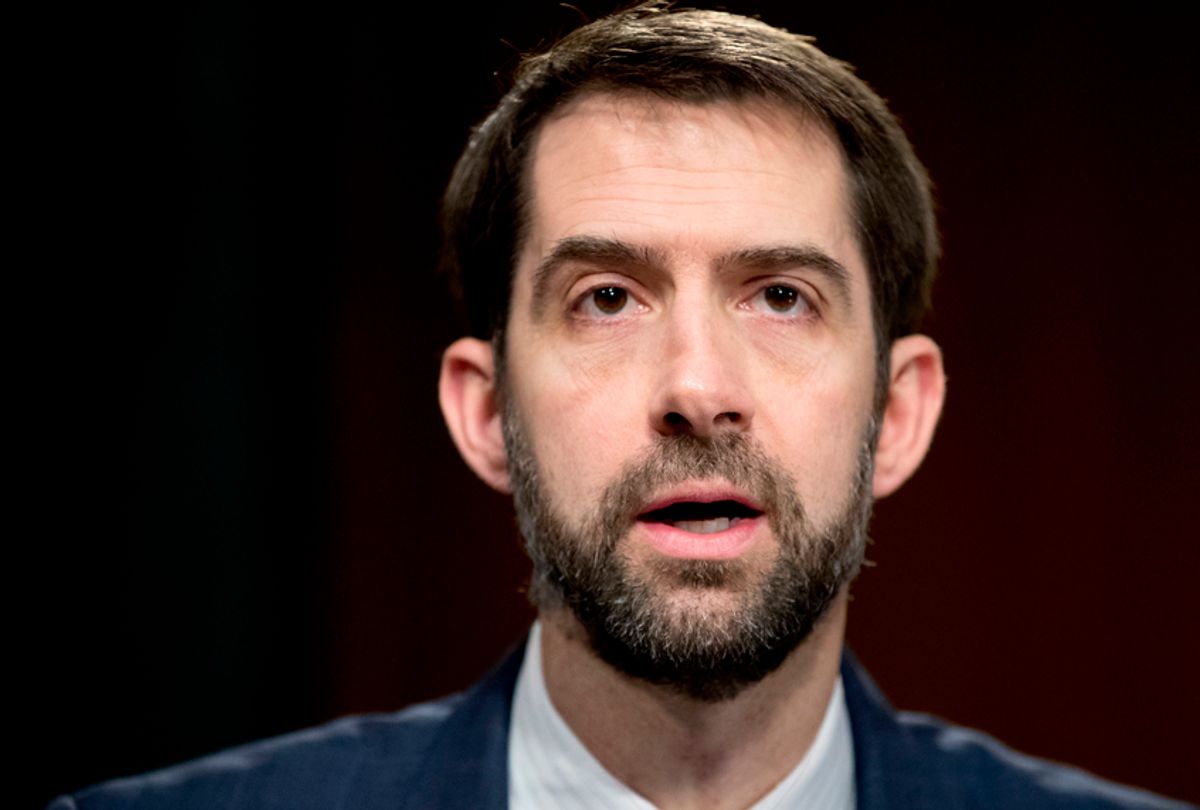 In October, Stacey Lane — a human resources professional of 19 years, got in the mail a cease-and-desist letter from Senator Tom Cotton, R-Ark. The letter, in an envelope addressed to Lane, said that all communication “must cease and desist immediately with all offices of U.S. Senator Tom Cotton.”

“Healthcare was really big issue before I got the letter. I did what I could to call senators and congressmen and raise the concerns I had,” Lane told Salon.

The letter — now getting attention in the national media — is raising questions about whether or not it's possible to bar a person from petitioning their government's representatives. 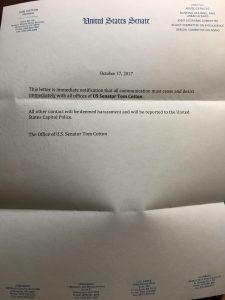 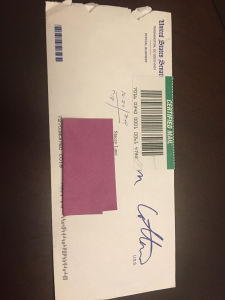 Lane says she’d call the office once or twice a week, usually during times that preceded a major vote or legislative action. There would be several weeks where she wouldn’t call at all.

“My calls were purposeful typically surrounding a major vote or legislative action or call to action via the various activist groups. I was not a serial, daily caller-just-to-call type [of] person,” Lane said.

According to Tom Cotton’s office, Lane — a member of Ozark Indivisible, an activist group part of the Resistance movement against the Trump administration, used vulgar language on multiple occasions. The final incident, which prompted officials in Cotton’s office to administer a cease and desist, was when Lane allegedly called a 19-year-old intern a c**t. According to Cotton’s office, the letter was issued based on the guidance of the U.S. Capitol Police, who has not returned Salon’s request for immediate comment.

When the cease and desist letter started to make noise on Twitter, John Noonan, ‎Senior Counselor for Military and Defense Affairs in Cotton’s office, tweeted about the event to set the record straight to anyone who criticized the move — like the ACLU.

Lane told Salon she didn’t recall calling the intern a c**t though, it’s a word she’s maybe used “two times in my life.”

“Have I used colorful language? Yes, but it’s nothing more than I see our president using,” Lane told Salon.

Cotton’s office issued a statement about the matter saying, “If an employee of Senator Cotton receives repeated communications that are harassing and vulgar, or any communication that contains a threat, our policy is to notify the U.S. Capitol Police’s Threat Assessment Section and, in accordance with their guidance, send a cease and desist letter to the individual making the harassing or threatening communication.”

Indeed, vulgar language can be rattling, but issuing a cease and desist veers into the realm of prior restraint, explained David Snyder, executive director of First Amendment Coalition.

“This letter is inappropriate, and I would say it’s borderline unconstitutional,” Snyder told Salon. “This kind of speech, as offensive as it may be and as vulgar as it is, is just part of the game; it’s part of what happens in a democracy.”

Snyder added that protests, by nature, are not polite.

Of course, the first Amendment doesn’t protect threatening language where a person’s individual safety is at risk.

“If this staffer had a legitimate concern for personal safety then this might be someone the office should report to the Capitol Police and let them deal with it from there,” Snyder said.

When Salon asked Cotton’s office if this cease and desist letter was a violation of the First Amendment, they said they didn’t have a comment.

Wayne B Giampietro, General Counsel to the First Amendment Lawyers Association, suggested that a tactic like this could be a form of intimidation.

“Anyone who wants to try to intimidate someone can send a cease and desist letter. Whether that letter is worth the paper its written on is another story,” he told Salon. “Unless the profanities are a direct and imminent threat to the lawmaker, they are almost certainly protected by the First Amendment.”

Lane says when she received the letter she felt like it was a threat.

“It was a tactic to suppress my voice,” she told Salon.

Indivisible, the activist group Lane is part of, has had a tumultuous relationship with Cotton and his office, which the Arkansas Times has been following. Salon spoke to another Indivisible activist who had been arrested in his office following a protest. A video has also surfaced on Facebook of protesters being kicked out of Cotton’s office.

Cotton, 40, is the youngest serving U.S. senator. Before his election to the Senate he served one term in the House. Cotton has been rumored to be named the next CIA director.