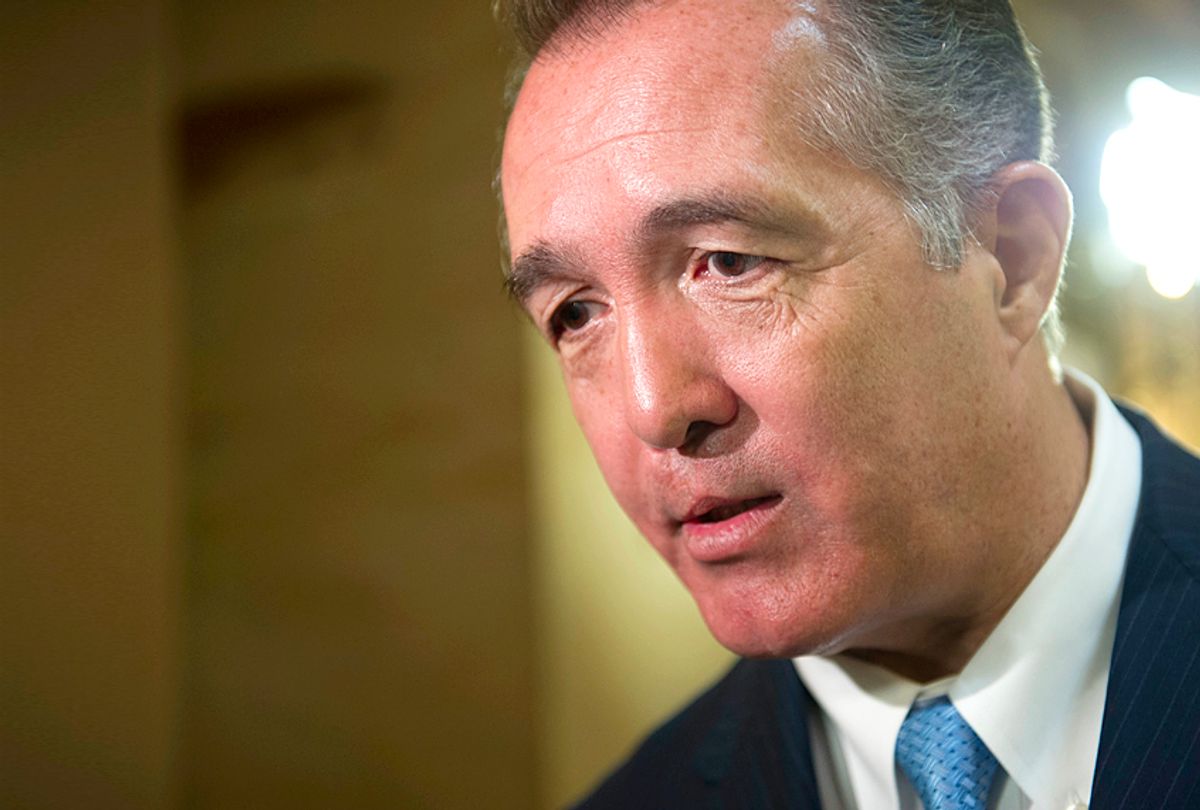 The past several months will be remembered for many things, but the #MeToo movement could arguably be the most significant. But in Arizona, the situations surrounding allegations of sexual misconduct are unique, as several local prominent figures have been accused of inappropriate sexual conduct. State Rep. Don Shooter and U.S. Rep. Trent Franks are two of the biggest names politically, but the issue is not limited to lawmakers. In early January, another big figure in Arizona went down with the firing of Rich Rodriguez by the University of Arizona.

The first major figure accused, back in November, was Shooter. He currently faces allegations from nine different women, including fellow legislator Rep. Michelle Ugenti-Rita and publisher of The Arizona Republic, Mi-Ai Parrish.

After initially not naming anyone specific, Ugenti-Rita identified Shooter among those she says harassed her after she came into office in 2011, claiming he made unwanted advances and comments about her body. Several other women, including other lawmakers and lobbyists, have accused Shooter of making inappropriate or sexually suggestive comments, giving them unwanted hugs, placing his hand on their knee and touching their buttocks. Shooter’s other high-profile accuser, the Republic’s editor and publisher Mi-Ai Parrish, came forward with her experience in an op-ed, accusing him of making sexual comments to her while she was covering the legislature.

Ugenti-Rita claimed this wasn’t the first time she faced retaliation, as senators have previously been unwilling to work with her in the past after she reported harassment. Another state legislator, House Majority Whip Kelly Townsend, also claimed she had been sexually harassed by colleagues at the capitol but refused to name specific perpetrators, explaining in a Facebook post that the issue had been privately resolved and she didn’t want to bring another investigation to the legislature.

Then in December, in one of the weirdest allegations to surface, Trent Franks was accused of openly pressuring female staff members to be a surrogate for him and his wife while they struggled with fertility issues. Franks reportedly offered $5 million to several women, who were under the impression they were being asked to become a surrogate the old-fashioned way.

Franks resigned from the House following the reports, admitting that he had discussed surrogacy with staff members but denying any inappropriate conduct. Franks was one of the most conservative members in the House, so news of the allegations against him came as a shock to everyone, although perhaps not to those working for him.

More recently, Rich Rodriguez, the head football coach at the University of Arizona, was fired January 2 amid a months-long investigation by the school into sexual harassment allegations by a former employee of the university. The school had been investigating a claim against Rodriquez for several months.

Rodriguez's former administrative assistant, Melissa Wilhelmsen, and her husband filed a $7.5 lawsuit against the coach for sexual harassment and creating a hostile work environment, which included forcing Wilhelmsen to keep quiet about Rodriguez’s extramarital affair, repeatedly walking past her with no shirt on, touching her inappropriately and trying to kiss her.

Like all the situations in Arizona, this one is a tricky one. While the university concluded an investigation December 28, it could not substantiate the original claims, so Rodriguez was fired without cause for reasons relating to the “direction and climate of the football program.” In an even stranger turn, the Arizona Diamondbacks baseball team backed Rodriguez because he recommended Wilhelmsen’s husband for a job with the team.

In early November, the Arizona House adopted its first sexual harassment policy in the wake of the Shooter allegations. It was the first of its kind in the House, although the state Senate has had a policy addressing sexual harassment since 2005. People like Ugenti-Rita and Townsend have said the anti-harassment policy is a good start, but clearly more needs to be done about this. It’s a cultural and societal problem, and it’s not just limited to one industry or government body; it pervades every industry in America.