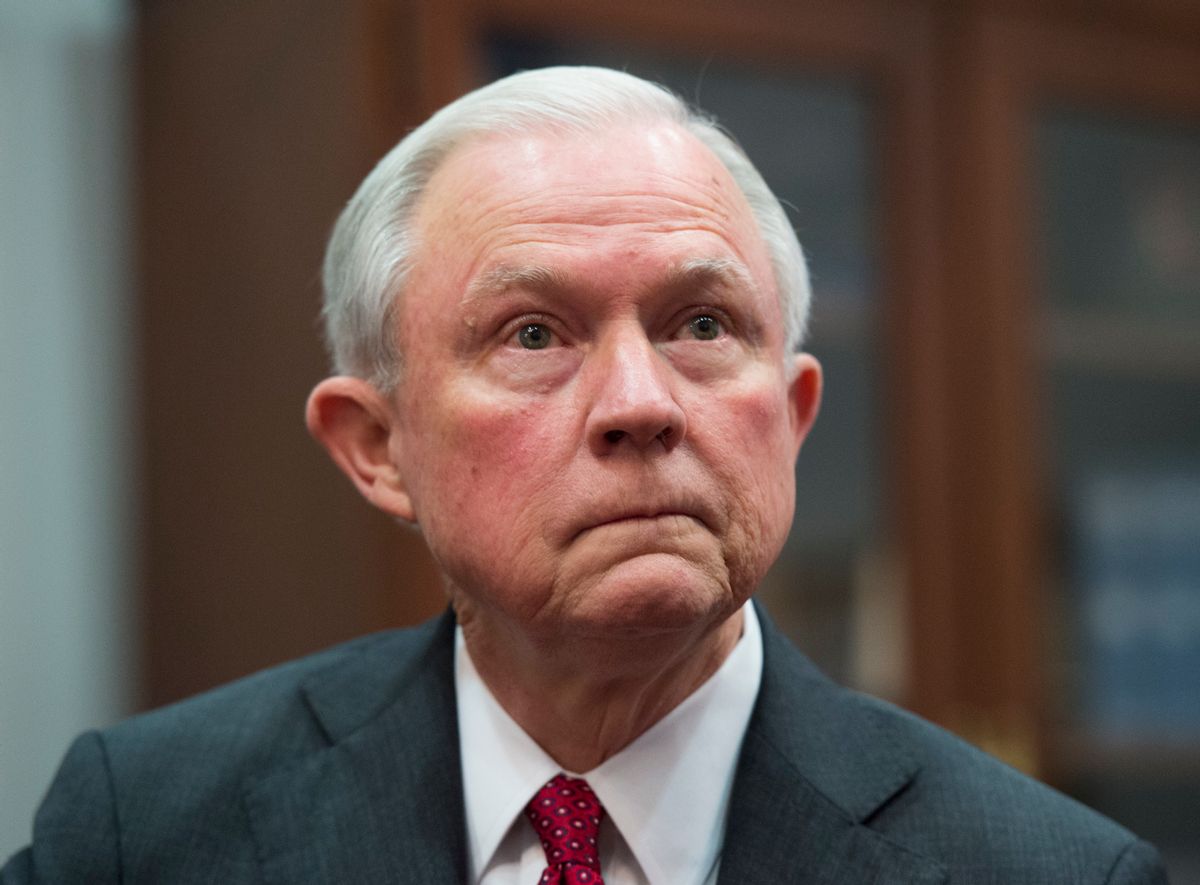 In this Nov. 29, 2016 photo, Attorney General nominee Sen. Jeff Sessions, R-Ala., is shown while meeting with Sen. Charles Grassley, R-Iowa, Chairman of the Senate Judiciary Committee, on Capitol Hill in Washington. A failed voting fraud prosecution from more than 30 years ago is likely to re-emerge as a contentious issue during Jeff Sessions’ confirmation hearing for attorney general. The 1985 prosecution involved three black civil rights activists accused of tampering with large numbers of absentee ballots in rural Perry County, Alabama. The defendants argued that they were assisting voters who were poor and uneducated. They were acquitted within hours. (AP Photo/Molly Riley) (AP)
--

Because President Donald Trump has repeatedly claimed that he fired FBI Director James Comey at the recommendation of the Justice Department, Sessions is considered to be a potentially important witness in the ongoing Trump-Russia investigation, according to the Associated Press. Sessions had recused himself from the probe into the Trump-Russia scandal in early March after it was revealed that he had met with Russian Ambassador Sergei Kislyak on two occasions which he had not previously disclosed.

Sessions' decision to recuse himself reportedly infuriated Trump, who perceived the move as a sign of weakness from Sessions that made his administration more vulnerable to the investigation. The president is even reported to have demanded Sessions' resignation, although cooler heads convinced him that losing his attorney general would be a political disaster.

Despite his falling out with the president, Sessions has continued to do the president's controversial bidding regarding meddling in the FBI investigation. After being publicly urged by the president to fire FBI Deputy Director Andrew McCabe, Sessions began pressuring FBI Director Christopher Wray to remove the holdover from President Barack Obama's administration, according to Axios. Yet Wray made it clear to Sessions that if McCabe was removed from his position, Wray would himself resign in protest, likely causing a major brouhaha for the president. When Sessions discussed the situation with White House Counsel Don McGahn, the attorney general was told that it would make the most sense for Sessions to drop the subject and avoid losing his FBI Director.

McCabe is widely expected to retire from his FBI position in early 2018 once he becomes eligible for his pension, according to The New York Times. Nevertheless Trump has repeatedly made it clear on Twitter that he distrusts McCabe, such as in these tweets from July.