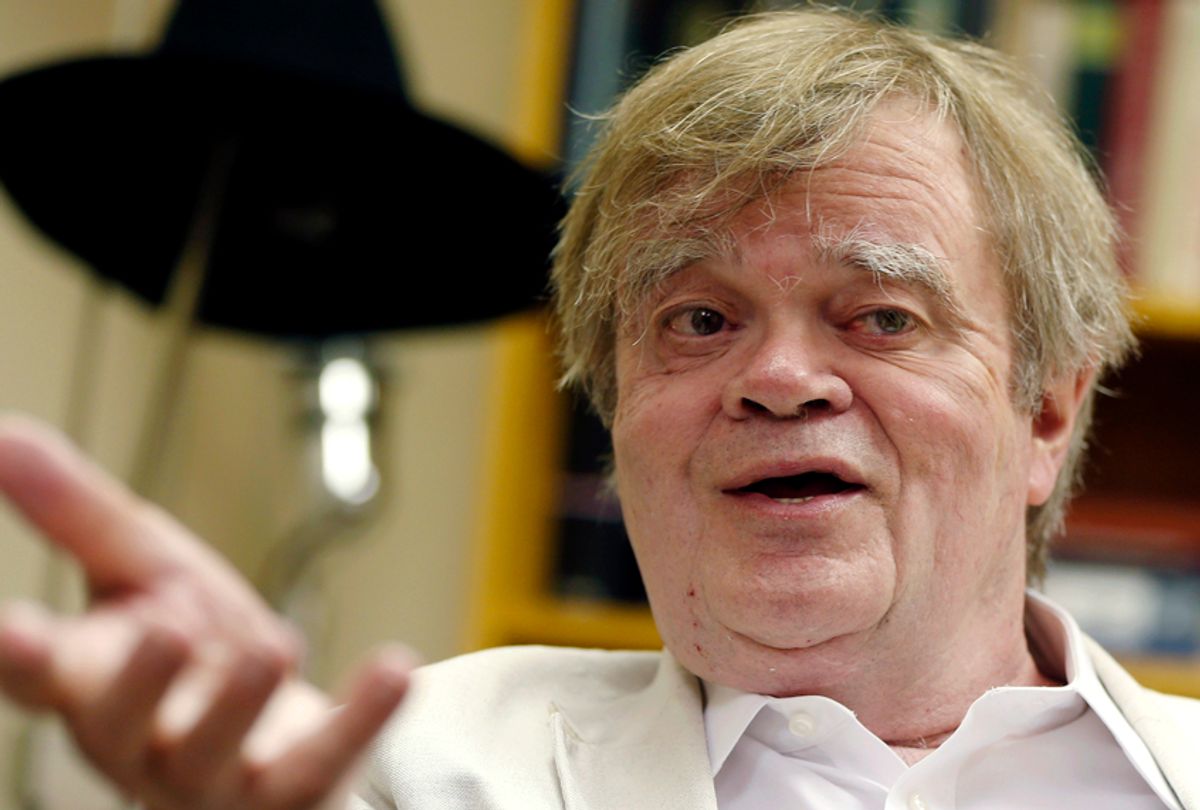 Update: This story has been updated to include a response from Garrison Keillor below.

When Minnesota Public Radio first announced its termination of humorist and radio host Garrison Keillor in November, the broadcaster kept it very short, offering only "inappropriate behavior" as the rationale for firing one of America's most famous voices.

Keillor, the creator and host of "A Prairie Home Companion," seemed to provide more detail, telling the Minneapolis Star Tribune that in trying to console a woman colleague, he placed his hand on her bare back.

But MPR News found both explanations insufficient and conducted its own investigation into Keillor. What it claims it found was "a years-long pattern of behavior that left several women who worked for Keillor feeling mistreated, sexualized or belittled," it reported. "None of those incidents figure in the 'inappropriate behavior' cited by MPR when it severed business ties." Now, MPR News claims that the allegations are of a far more serious nature.

In the investigation — which included interviews with more than 60 people who "worked with or crossed professional paths with Keillor" — MPR News said it discovered a subordinate who had a romantic relationship with the host and then was asked to sign a confidentiality agreement and given a $16,000 check. She refused the money and declined to sign. (MPR News says Keillor had at least two consensual relationships with colleagues in workplaces that he ran.)

In another instance, Keillor publicly humiliated an employee working in a bookstore he owned by posting a limerick, in public, about how she aroused him. A former producer accused Keillor of bullying and humiliating her, alleging age and sex discrimination. As well, a college student of Keillor's told MPR News she once received an email from him revealing his "intense attraction" to her. Most of the former Keillor colleagues interviewed wanted to remain anonymous for fear of repercussions.

The revelations create a portrait of Keillor more complicated than that of the folksy, avuncular storyteller whose brand of humor appealed to millions of listeners. They suggest a star who seemed heedless of the power imbalance that gave him an advantage in his relationships with younger women. They also raise questions about whether the company knew enough — or should have known enough — to stop the behavior of the personality who drove much of its success.

Tuesday, MPR president Jon McTaggart said in a statement that a woman who worked on "A Prairie Home Companion" accused Keillor of "dozens of sexually inappropriate incidents" and that "the woman’s attorney presented us with a 12-page letter detailing many of the alleged incidents, including excerpts of emails and written messages, requests for sexual contact and explicit descriptions of sexual communications and touching."

McTaggart added that MPR first learned of the accusations in August 2017 and conducted an independent investigation in the fall, which resulted in Keillor's termination at the end of November. The Washington Post also dropped his syndicated column the following day.

Update:  In response to MPR head Jon McTaggart’s statement to members and listeners this week, Keillor wrote, "Listeners know me far better than MPR management does and they know I’m not abusive. Management, when it heard a complaint back in October, did not have the good manners to call me, a part of MPR for fifty years, and sit down with me face-to-face and talk about what had happened. If they had done that simple courteous thing, this all would’ve been avoided."

He continued, "The woman who complained was a friend, had been hired as a free-lance researcher, an employee of mine, not MPR’s, working a job that she did from home by email. I hardly ever saw her in the office. Our friendship — which was mutual, reciprocal and respectful — continued in frequent emails about our kids and travel and family things that continued to my last show and beyond. She signed her emails ‘I love you’ and she asked if her daughter could be hired to work here, and so forth. She still features 'A Prairie Home Companion' prominently on her Facebook page."

Keillor added in conclusion, "Her complaint was drawn up by her attorney, a highly selective and imaginative piece of work. MPR depended on the complaint, it never spoke to the complainant. If I am guilty of harassment, then every employee who stole a pencil is guilty of embezzlement. I'm an honest fiction writer and I will tell this story in a novel."