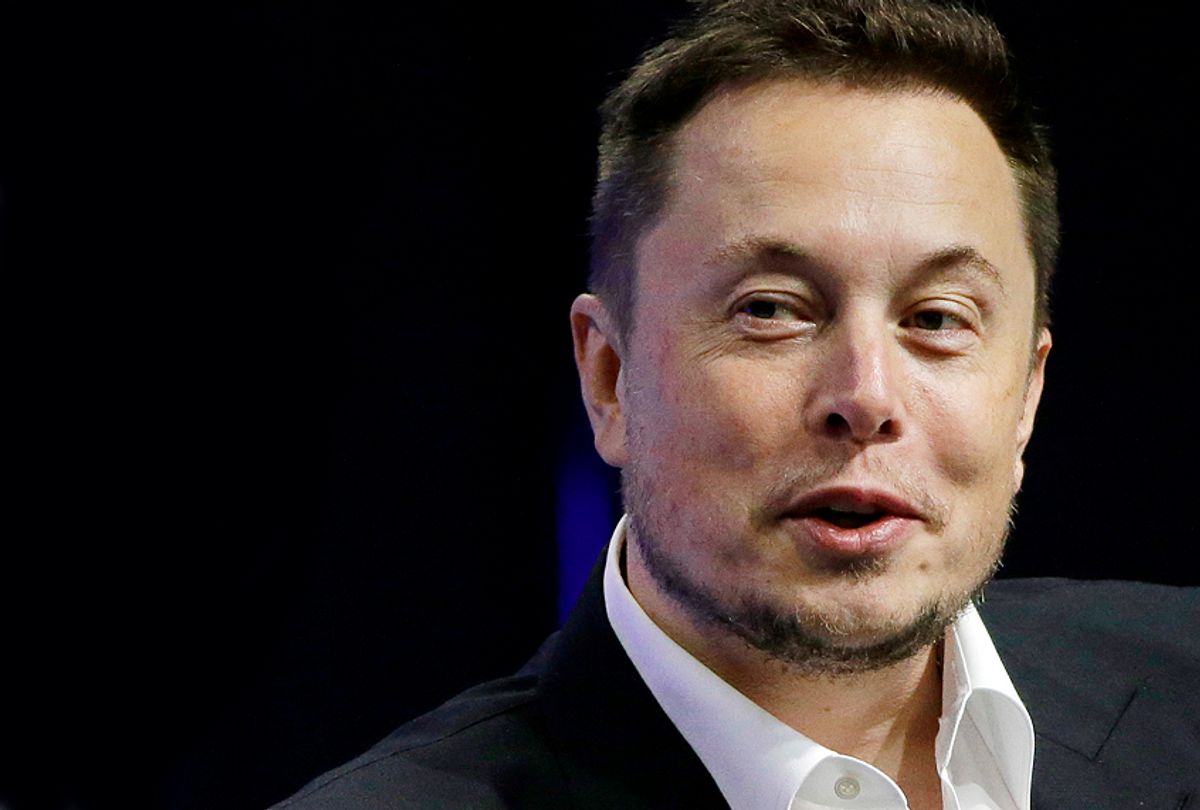 Entrepreneur and billionaire Elon Musk made headlines again this week — not because of his net worth or his nonviable space travel goals, but because of a new compensation plan that some experts believe might make him the world's richest person in the coming years.

The Tesla and SpaceX CEO has been known to be an unconventional business man, and while it’s been unclear what his future is with Tesla Motors, his new Tesla compensation plan revealed on Tuesday is designed to incentivize him in an “all or nothing” way.

Here are the details of the compensation plan: As Tesla CEO, Musk will only be paid if he achieves a series of milestones, including achieving a market valuation of $650 billion in ten years. The company’s valuation goal starts at $100 billion and increases in $50 billion increments. Currently, Tesla’s market cap is at $59.4 billion.

Tesla also established various revenue and adjusted profit goals. Upon hitting all of the goals outlined, Musk would receive 1.69 million shares of the company, which could be worth billions. The New York Times described the compensation plan as the “most radical in corporate history.” Tesla calls it a “10-year CEO performance award.”

“Elon will receive no guaranteed compensation of any kind – no salary, no cash bonuses, and no equity that vests simply by the passage of time,” the company's press release explains. “Instead, Elon’s only compensation will be a 100% at-risk performance award, which ensures that he will be compensated only if Tesla and all of its shareholders do extraordinarily well.”

The announcement also highlights that Musk’s compensation “is tied to the success of everyone at Tesla."

Increasing Tesla’s value to $650 billion would make the company one of the five largest in the country, according to the New York Times — meaning his stock could be worth as much as $55 billion.

“If all that happens over the next 10 years is that Tesla’s value grows by 80 or 90 percent, then my amount of compensation would be zero,” he told the New York Times. “I actually see the potential for Tesla to become a trillion-dollar company within a 10-year period.”

For vesting to happen, Tesla explains Musk must “remain as Tesla’s CEO or serve as both Executive Chairman and Chief Product Officer, in each case with all leadership ultimately reporting to him.”

As Bloomberg explains, if all goes well, Musk would become the richest man on the planet — sidling up alongside Jeff Bezos, Bill Gates, Warren Buffet, and Mark Zuckerberg, according to Bloomberg’s billionaire tracker — assuming the aforementioned billionaires remain in their current spots in the wealth ranking.

Predicting Musk's placement at the top of the list redefines what it would mean to be a billionaire, and the route to get there. Note that Tesla still isn’t profitable: in the third quarter of 2017 Tesla lost $671 million on a $3 billion total revenue.

While Musk made his current billions leading multiple unprofitable companies, becoming the world's richest man would require him to figure out how to actually, finally turn a profit. To simplify: the path to maybe becoming one of the wealthiest people on the planet starts with losing money; you just have to keep investors' confidence so that they keep pumping money into your company.

As Salon's Angelo Young wrote, “once startups make their way to the public markets through initial public offerings, founder-CEOs can continue to reap billions from their company’s valuations without the companies making a dime in profit.” Musk epitomizes that trend, it seems.

Meanwhile, the United States at large is becoming one of the most unequal first-world countries. The three richest men in the country, Jeff Bezos, Bill Gates and Warren Buffett, collectively hoard more wealth than half the United States — 160 million people.