The president has been quick to tweet about violent events involving Muslim perpetrators, slowing when they don't 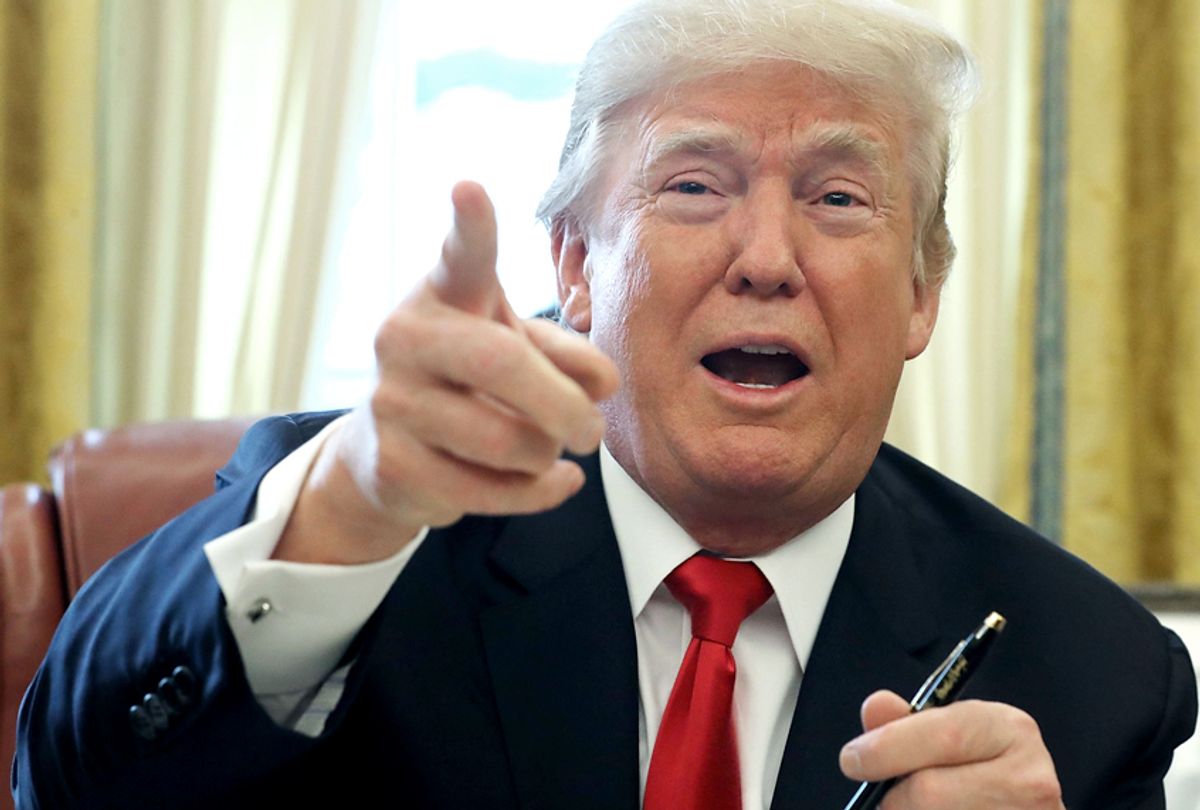 President Donald Trump has yet to respond on Twitter to a school shooting in Kentucky that left two people dead and 18 others injured.

Instead, the president spent the hours after the shooting tweeting about himself. One tweet gloated over his perceived victory over Democrats during the brief 2018 government shutdown, while the other bragged about what he believed to be his strong record in creating jobs.

By contrast, Canadian Prime Minister Justin Trudeau took to Twitter on Tuesday afternoon to offer his condolences to the victims.

Trump's reluctance to respond to violent tragedies that conflict with his political agenda is hardly new. Since becoming a presidential candidate and then president, Trump has tended to react very quickly to acts of violence that involve Muslim perpetrators and has been much slower to respond to those that might contradict his pro-gun, anti-Muslim agenda.

For instance, it took Trump less than a day to tweet about violent attacks committed by Muslims in Paris, San Bernardino, Orlando and Manchester. He also took less than a day to tweet about an EgyptAir plane that went missing, which at the time he speculated had been caused by a terrorist. However, when it came to violent incidents that were in some way motivated by hatred of Muslims — such as a shooting in Kansas or a stabbing in Oregon — Trump took six days and two days to respond, respectively.

There was a time when Trump did react quickly — and that was after the 2015 shooting of a black church in Charleston, S.C. Trump tweeted about that in less than a day — and, perhaps coincidentally, did so at a time when winning the South Carolina presidential primary would be crucial to his candidacy.

The Kentucky school shooting occurred in Benton early on Tuesday morning, according to ABC News. The suspect was a 15-year-old teenager who killed two people and left 18 others wounded.