A former Fox News contributor, Bill Kristol said the worst parts of a movement he long led are now coming out 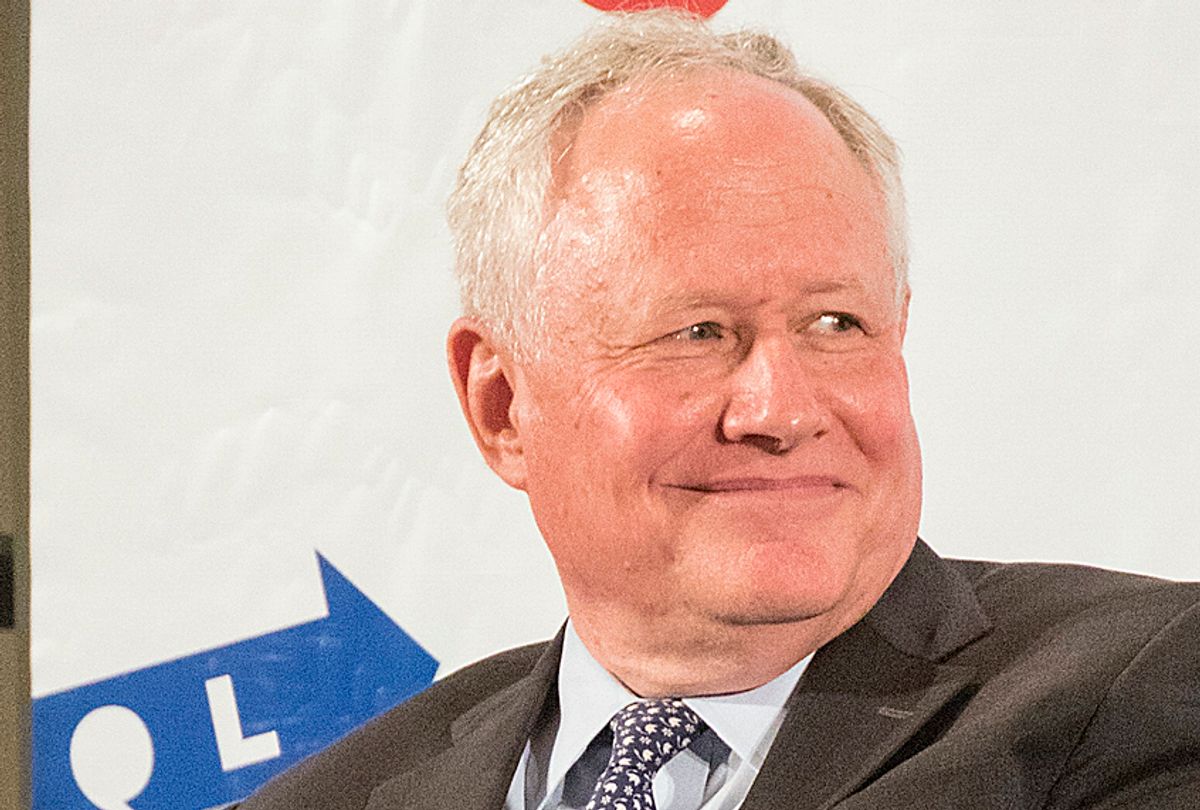 Conservative standard-bearer Bill Kristol — who was once considered a leader of the movement before the age of Trump — has scathing words for what the right-wing has become and who's now leading it.

Speaking to CNBC's John Harwood, Kristol blasted President Donald Trump, Republicans and Fox News, saying that Trump exposed "some bigotry, some close-mindedness, some intolerance, backward-looking aspects of the movement" that "were suppressed before."

That says a lot about the conservative movement. Intolerance always existed within it, but part of its success was how it managed to suppress the appearance of intolerance, to hide it behind terms and ideas that masked the movement's true motivations. Kristol said that those elements were "less healthy than I thought or hoped."

Those elements started to come forward in the 1990s, Kristol said, starting with Pat Buchanan and continuing with Trump. "He's an effective demagogue," Kristol said of the president. "And then the rationalization of Trump, acceptance of Trump by so many Republicans and some conservatives, including conservatives I worked with and respect, has been disturbing to me."

Kristol's lament echoed what conservative commentator Charlie Sykes told Andrew O'Hehir in October 2017. "I knew that it was there, but I did think it was the drunk at the end of the bar, or it was your bigoted uncle at Thanksgiving," he said. "This was a fundamental moral failing [of the conservative movement] that we did not draw the line on things like that. And as a result, that kind of racism, those conspiracy theories, that paranoid style festered. And it festered to the point that we can no longer control it."

Kristol also had harsh words for the network that is now the voice of the conservative movement.

Now Fox is sort of — 75 percent of it seems to be birther-like coverage of different issues. That's been, I think, bad. And you put that together with the social media and the segmentation of everyone into bubbles, and I think there's some truth to that criticism.

His timeline is a bit off. Fox News' coverage of birther issues and of creeping socialism — not to mention the infamous claim of a "terrorist fist jab" between former President Barack Obama and wife Michelle — didn't start during the second term. They were promoted by Fox anchors who also used widespread paranoia to advance their own careers and agendas and sustain and grow an expanding, increasingly rabid viewer base.

That strategy is still in use, but, as Kristol noted, it's more brazen. And just as how Glenn Beck was there to feed an anti-Obama base the red meat it wanted in 2010, there's now Tucker Carlson to give Fox News the nakedly white nationalist content its viewers want.

Kristol reflected to Harwood on Carlson's fall from grace into the white nationalist trap.

I do feel now we're in a different world. I mean, now you look at — Tucker Carlson began at The Weekly Standard. Tucker Carlson was a great young reporter. He was one of the most gifted 24-year-olds I've seen in the 20 years that I edited the magazine. His copy was sort of perfect at age 24.

He had always a little touch of Pat Buchananism, I would say, paleo-conservativism. But that's very different from what he's become now. I mean, it is close now to racism, white — I mean, I don't know if it's racism exactly — but ethno-nationalism of some kind, let's call it. A combination of dumbing down, as you said earlier, and stirring people's emotions in a very unhealthy way.

That prompted Carlson to reply Thursday, telling The Wrap:

I’m not even sure what he’s accusing me of. He offers no evidence or examples, just slurs, and then suggests that I’m the demagogue. Pretty funny. Kristol’s always welcome on my show to explain himself, though I assume he’s too afraid to come. What a shame. It would be revealing.

Kristol did admit to one of his "famous failures" in political life — Sarah Palin. Kristol, who famously pushed Palin as the 2008 Republican vice presidential nominee, said that he thought Palin "would be a way to almost channel a certain kind of populism into what I would say is a healthy conservatism."

It's fine for Kristol to lament what became of the conservative movement he was often essential to, but it's just as important that he came clean that the movement's success was in its ability to suppress the very same anger and toxicity that's bubbling up today. It just so happens that he's the one on the outs now.