Salon Exclusive: "Portlandia" gets all up in your lady business

The doctors will see you now. Except they're not doctors, they're former feminist bookstore owners. Same thing! 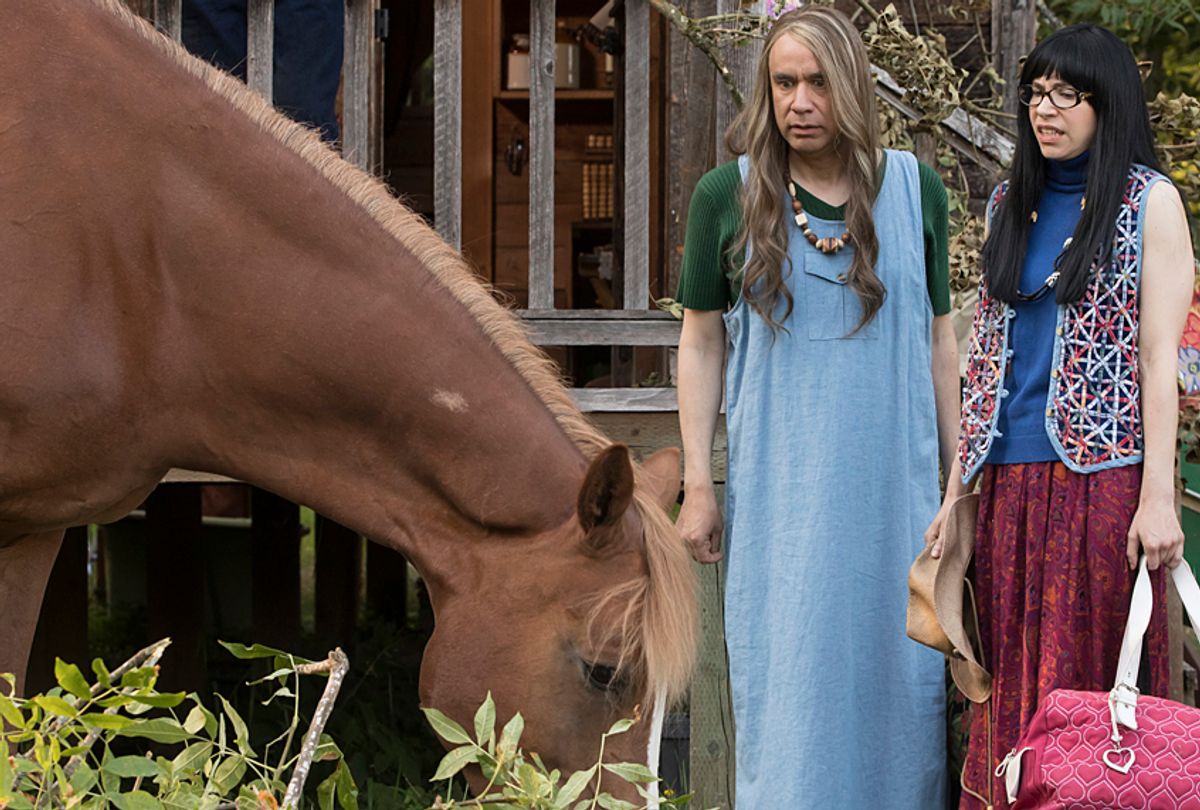 Our farewell to “Portlandia” is going to be a long one, because the comedy’s eighth and final season has a number of characters to service. In the tradition of all memorable series, though, our goodbye to the show does not spell the end of its denizens' lives . . . at least as far as we know.

"Portlandia" and its characters remain devoted to keeping the place weird, and few demonstrate that axiom as beautifully as Candace and Toni, former proprietors of the feminist bookstore Women and Women First. In real life, the IFC comedy's production team was ousted from the location that once served as Candace and Toni's lair, forcing these womyn (played by series stars Fred Armisen and Carrie Brownstein) to find a new vocation. Devoted as ever to serving the sisterhood, the duo lands on a new cause to champion: women’s health.

This means they're still dedicated to being open for business. Specifically, the openings of a lady's business. And they’re not letting any small obstacles set in place by The Man stop them, such as their lack of medical degrees or a formal health education.

In this clip exclusive to Salon, Candace and Toni are visited by a new patient (played by “Saturday Night Live” star Aidy Bryant) who's clueless as to what kind of clinic she’s walked in to. To her credit, she maintains her composure as it dawns on her that she probably should not let these two women anywhere near her. "I'm not an expert? But I know that's wrong," she gently responds to one of their incredibly strange questions.

Sadly, the existence of a pop-up den of gynecological quackery doesn’t seem so farfetched in these strange days of ours, making the scenarios' absurdity outrageous and hilarious in equal measure. However, we doubt any such boutique would incorporate a lending library into its service offerings. That, sisters, is the Candace and Toni Difference.

New episodes of “Portlandia” air Thursdays at 10 p.m. on IFC.