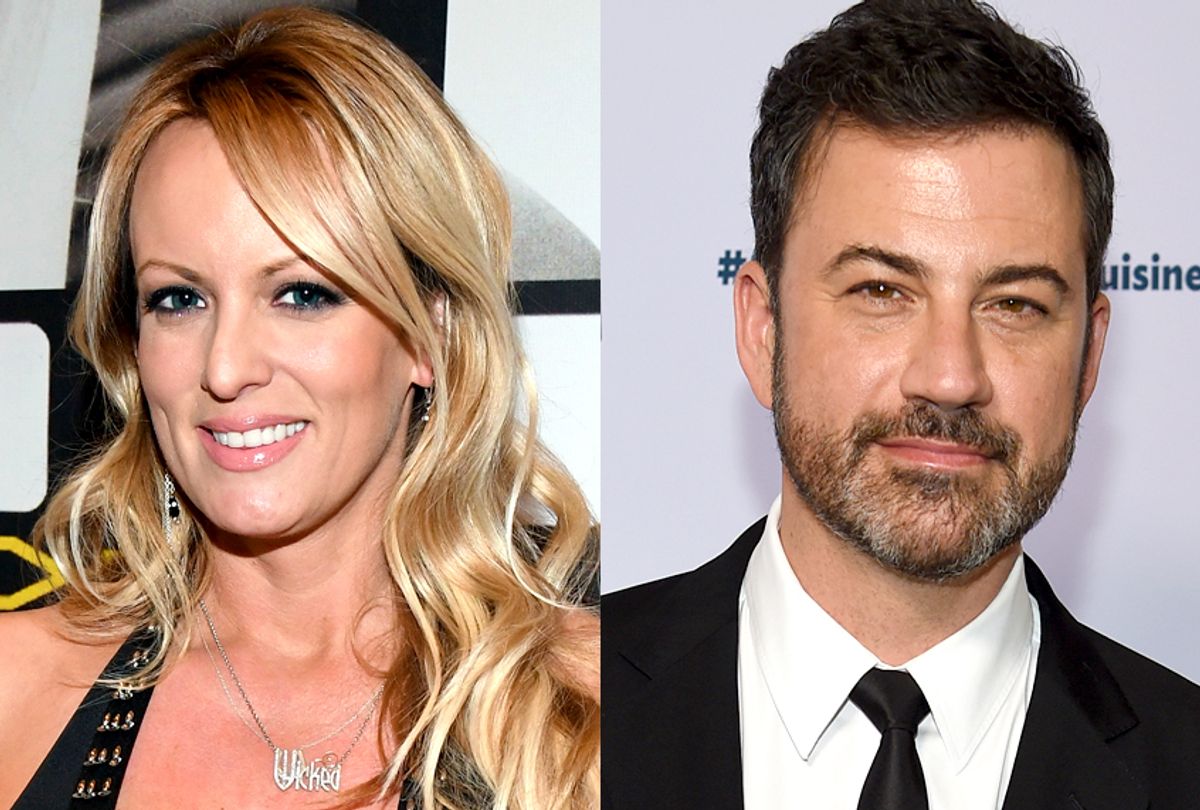 Daniels has been at the eye of the news storm since The Wall Street Journal reported earlier this month that Michael Cohen, a private attorney for Trump, had paid the adult-film star $130,000 in the weeks ahead of the 2016 presidential election in an agreement that would have her deny that she had an affair with the real-estate tycoon in 2006.

Other, more salacious details about their alleged tryst have surfaced since then. There are also lingering questions as to whether the contract she signed with Cohen was even legal.

Generally speaking, the religious right and the evangelicals Trump leaned on to win the 2016 election have given the president a pass on his alleged infidelities. Tony Perkins, the head of the influential Christian advocacy group the Family Research Council, went so far as to say, "We kind of gave [Trump]—'All right, you get a mulligan. You get a do-over here.'"