President Trump's senior policy adviser is on an anti-immigrant crusade, which is ironic given his own heritage 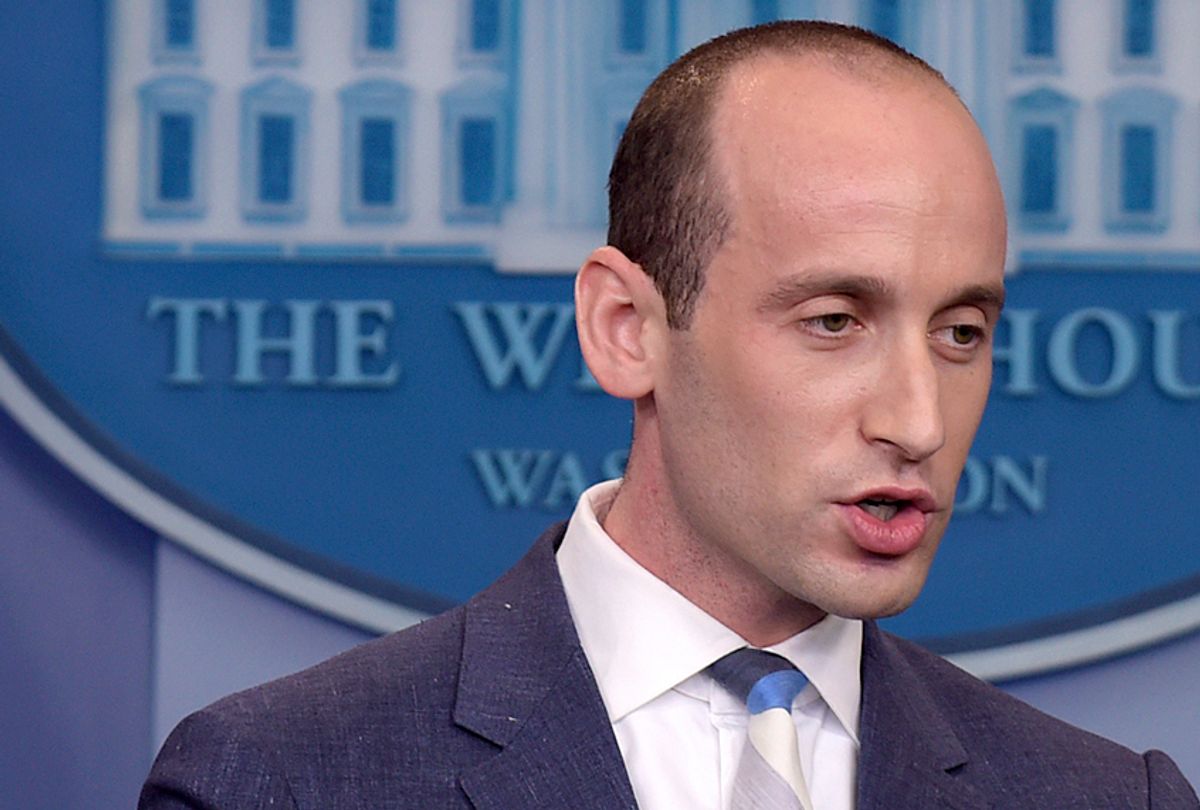 There have been plenty of American policymakers with ideologies similar to those of Stephen Miller, President Donald Trump's staunchly anti-immigrant senior policy adviser. And if those men had had their way when Miller's Jewish ancestors tried to immigrate to this country, he wouldn't be in a position to discriminate against others today.

This is the underlying fact that makes Miller's place in history such an uncomfortable one. It isn't simply that he is the descendant of immigrants — after all, if you aren't of 100 percent Native American ancestry and live in the United States, you're either an immigrant or descended from immigrants. Because since Jews have experienced a disproportionate amount of persecution throughout their history, however, it is reasonable to expect Jewish Americans to be sympathetic toward other outsiders who seek the promise embodied by the American dream.

To say that Miller goes against the grain on that issue is an understatement. Take this passage from a New York Times profile in October:

Yet on perhaps the president’s signature issue — immigration policy — Mr. Miller has emerged in recent days as the driving force behind the administration’s insistence on a wish list of hard-right proposals as part of any deal with Democrats to protect young undocumented immigrants from deportation. White House demands include a crackdown on unaccompanied children at the border, the construction of a border wall with Mexico and legislation to sharply reduce legal immigration.

Even if there weren't polls revealing that Miller's staunchly conservative views on immigration aren't shared by a majority of Jews (Trump's immigration policies were opposed by 76 percent as of September), a survey of Jewish American history reveals that most Jews have chosen empathy over bigotry.

Diner's perspective was shared by Jonathan Sarna, a professor of American Jewish history at Brandeis University. As he pointed out, there have been other Jews like Miller who have opposed immigration, including the notable examples of Rep. Lewis Levin of Pennsylvania (the first Jew ever elected to Congress) and Samuel Gompers, the founder of the American Federation of Labor. Their activities, however, have not defined Jewish American political sentiment as a whole.

"My own sense is that these individuals are really outliers," Sarna told Salon. "They're not unique outliers, but they're outliers. In some cases I think it has to do with politics. Gompers was a leader of unions who felt immigrants were reducing the earnings of working people and were being used to break strikes and so on. That had more of an impact on him than his own history. He himself was an immigrant and so were his relatives, but he was much criticized in Jewish circles."

Sarna added that, regardless of what one thinks of Miller's specific views on immigration, the silver lining is that "it's a reminder that ideas are not rooted in DNA and one should never generalize about an entire group without remembering that there are people on the other side."

That's an important point: No ethnic group is a monolith and Miller should not be accused of betraying his Jewish heritage simply because he disagrees on an issue with a majority of his fellow Jews. At the same time, when the Jewish poet Emma Lazarus penned the phrase "Give me your tired, your poor, your huddled masses, yearning to breathe free" — the one that appears on the Statue of Liberty, and that Miller has openly derided — she was in part informed by her sympathy for the Jewish immigrants pouring into the United States to escape anti-Semitism.

Lazarus' words were meant to inspire not only the ethnic group of which she happened to be a part, but others who needed relief from hardship and could find it in the United States. Stephen Miller apparently cannot hear those echoes of his own background in our current situation.