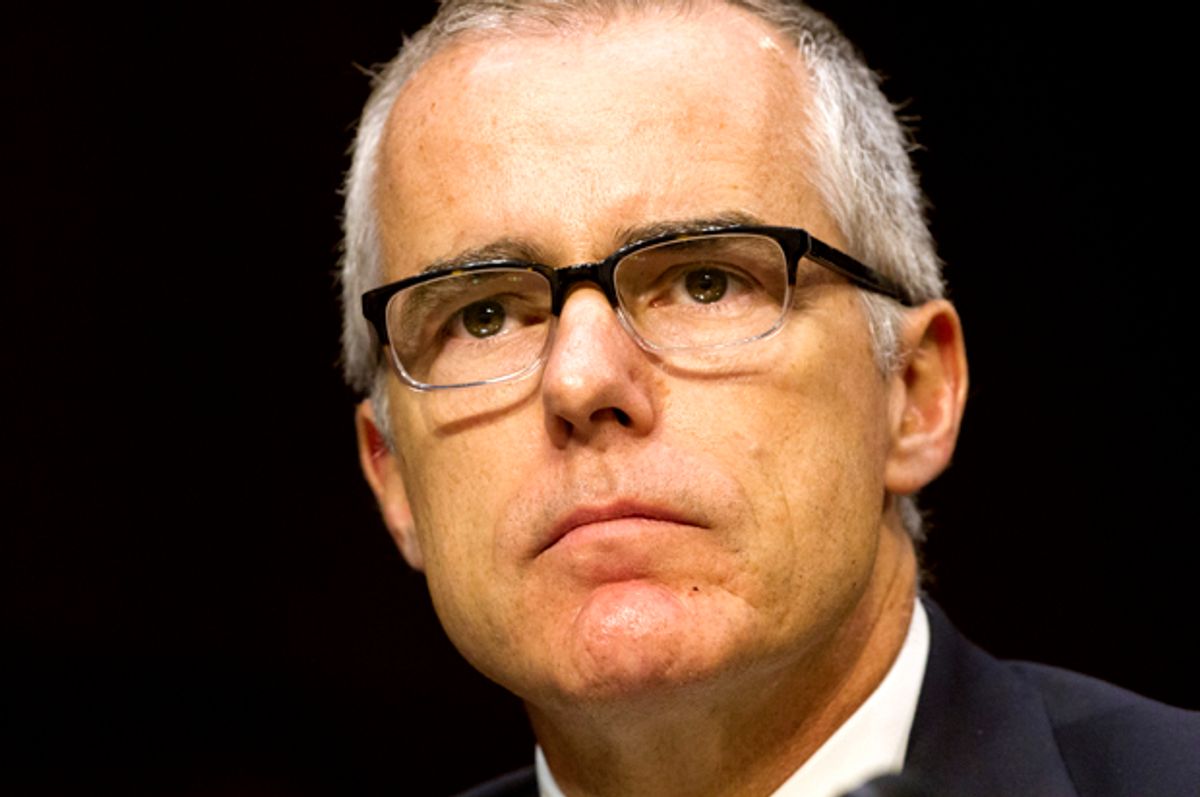 Andrew McCabe, the deputy director of the FBI and a man frequently targeted by President Donald Trump, has stepped down from his position.

Although McCabe will remain on the FBI payroll until he can retire in March with full pension benefits, he announced on Monday that he is "stepping aside," according to NBC News. The decision is somewhat surprising, although not entirely so; McCabe had been expected to leave early this year in order to collect his pension, but it was not anticipated that he would step down so suddenly.

Trump, despite frequently calling for McCabe's resignation, did not answer reporters' questions on Monday about whether he knew McCabe was going to step down.

One possible explanation for the unexpected timing of McCabe's announcement, according to CBS News, was that McCabe was forced out.

Reactions on Twitter are split between journalists horrified at the prospect that Trump will try to stock the bureau with loyalists, and right-wing partisans gloating at having acquired a scalp.

Trump's animosity toward McCabe has stretched back as far as May, when the president was reported to have asked the deputy director whether he voted Republican or Democrat in the recent presidential election. This has been part of a larger narrative promoted by Trump and his supporters, arguing that the FBI is run by partisan Democrats and members of the "deep state" that are out to destroy the president. Despite this accusation, the only proved occasion in which the FBI threw its weight behind a politician occurred shortly before the 2016 presidential election. That was when then-FBI Director James Comey publicly released a letter announcing that he was revisiting the Hillary Clinton email scandal, one that it was reported was met with acclaim by bureau partisans who despised the Clintons.