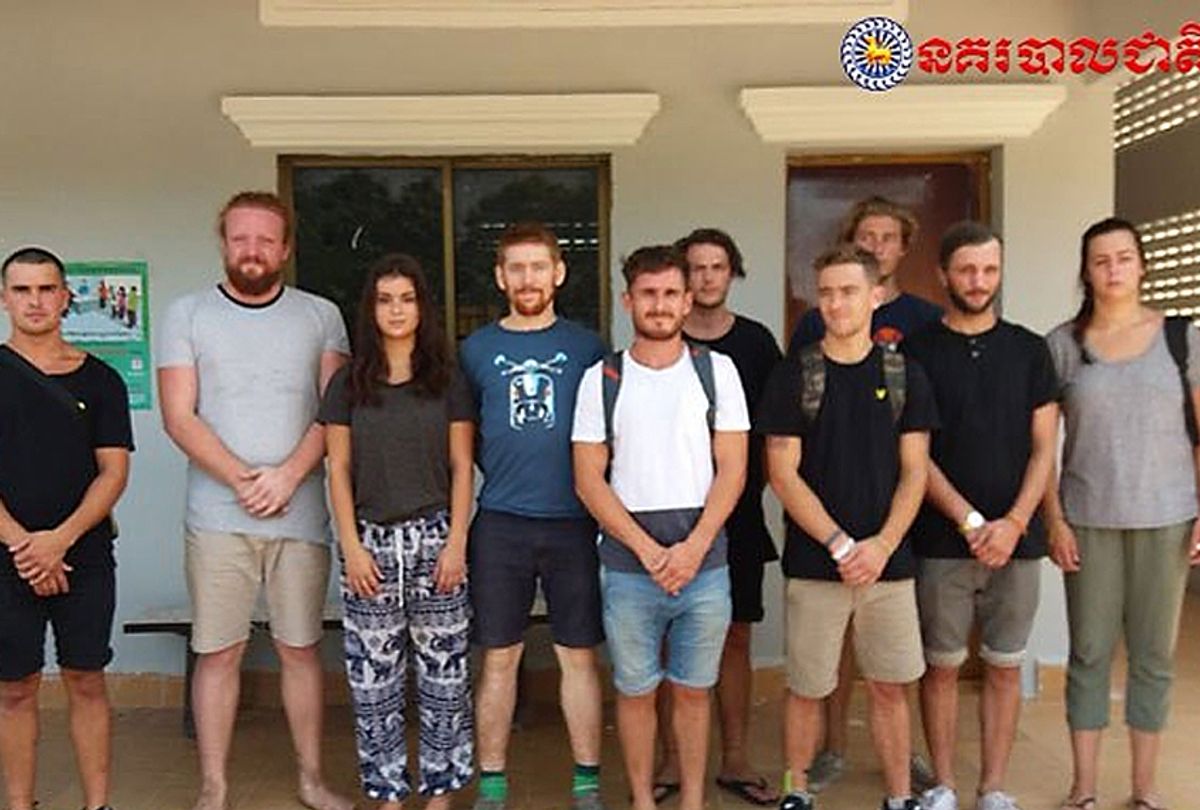 Cambodia is in the midst of an international PR controversy after it charged 10 Westerners with producing pornographic pictures on their social-media accounts.

The scandal began when Cambodian authorities arrested nearly 90 foreigners during a party at a rented villa in Siem Reap near the Angkor Wat temple complex, according to CBC. While most of the individuals arrested were released, the 10 who organized the so-called "pub crawl" were charged with engaging in pornographic activity. The arrested individuals came from a number of countries including Canada, the Netherlands, New Zealand, Norway and the United Kingdom.

Although the arrested Westerns were accused of "singing and dancing pornographically," the photographs released by the Cambodian government (many of which include people who were not arrested) show the individuals wearing clothes and laughing while they rolled around on the floor and mimed various sexual positions. The photographs were later uploaded to their social-media accounts.

The accused individuals could spend up to six months in detention before the case goes to court and up to another year in prison if they are convicted.

"Honestly, it was really confusing. Everyone was confused. They raided, rounded us up – there were about 80 to 100 people at this party. Some of them were tourists. There were about 30 of them [police officers]," one prisoner told The Guardian.

The prisoner added, "We’re innocent. We don’t know why we’ve been arrested, we’re getting different stories from different people."

One theory held by many of the prisoners seems to be that the police were responding to foreign tourists and expats in Siem Reap wearing bikinis and engaging in pub crawls.

"We cracked down on them because they committed activities that are against our culture," Duong Thavry, head of the anti-human trafficking and juvenile protection department in Siem Reap, told reporters.

People on Twitter seemed split in their reaction to the story.

One thing lacking from the social-media reactions, even though it is desperately needed, was patience. At this point, there's simply too little evidence to make much of a judgement here. Yes, it is tempting to chalk this up to another case of Westerners behaving disrespectfully toward the culture and customs of another country or, conversely, a situation in which a conservative regime targets individuals who are engaged in harmless self-expression. Both narratives are attractive depending on one's preexisting biases, which is precisely why the wisest course is to wait until we learn more.