Rural municipalities are still struggling, though a majority of island residents have power 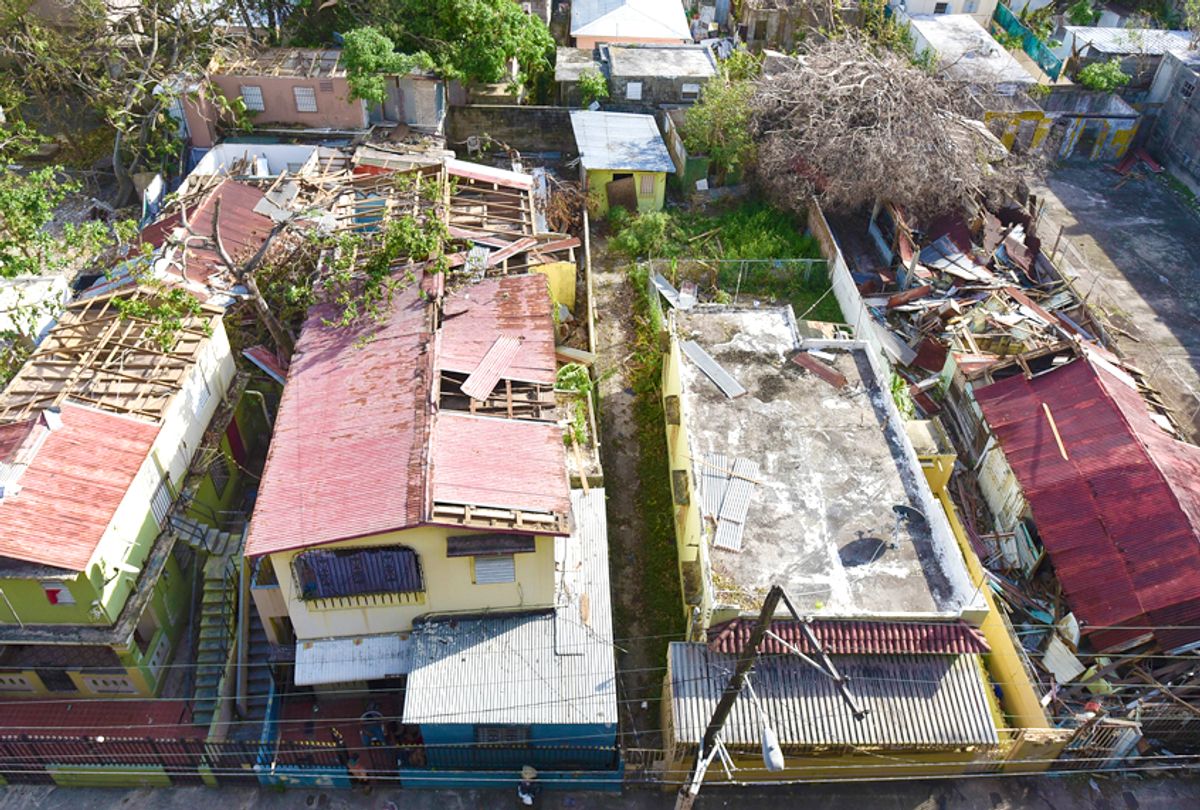 Four months after Hurricane Maria left Puerto Rico devastated, federal assistance is coming to a close and will "officially shut off" on Wednesday. Parts of the island, however, are still left in desperation and have said federal aid distribution should continue.

To date, FEMA has approved more than $500 million in Maria-related public assistance, though it's unclear how much of that is slated for local government and nonprofit groups versus direct aid for individuals. The agency has also disbursed an additional $3.2 million in unemployment aid to people whose jobs were affected by the storm.

"The reality is that we just need to look around. Supermarkets are open, and things are going back to normal," Alejandro De La Campa, FEMA's director in Puerto Rico told NPR. "If we're giving free water and food, that means that families are not going to supermarkets to buy."

He added, "It is affecting the economy of Puerto Rico. So we need to create a balance. With the financial assistance we're providing to families and the municipalities, they're able to go back to the normal economy."

But a third of Puerto Rico still lacks electricity and some areas still don't have running water, even though FEMA has said "only about 1 percent of islanders still need emergency food and water," NPR reported. There are some residents on the island who have expressed it's simply too soon to end federal aid assistance, and they are concerned about proportionate distribution of the remaining FEMA supplies that will be turned over to the Puerto Rican government.

Those remaining FEMA supplies, as well as the responsibility to distribute them, will now be carried out by the Puerto Rico Emergency Management Agency (PREMA).

One municipality in particular, Morovis, is still struggling, and potentially 80 percent of its residents are still without electricity, according to the mayor.

"There are some municipalities that may not need the help anymore, because they've got nearly 100 percent of their energy and water back," Carmen Maldonado, the mayor of Morovis said, according to NPR. "Ours is not so lucky."

Morovis, a place in which the median income is less than $18,000 and 51 percent live below the poverty line, has been described as being "located in the island's lush, mountainous interior." It's home to roughly 30,000 residents, 10,000 of which "are still receiving FEMA's food and water rations," NPR reported.

"In municipalities like this one, where families are going out to work just to buy gas to run a generator, it becomes very hard," Maldonado said, NPR reported. "Because money they would use to buy food they're instead using to buy fuel."

She added, "This is all something that FEMA should contemplate before eliminating its delivery of these supplies."

The news comes months after widespread criticism of President Donald Trump's administration's handling of the storm, which many critics blasted at the time as blatant neglect. Recently, the island was told that it has too much cash available, and therefore might not receive the federal community disaster loans it had been expecting, as Salon has previously reported.