Resist the State of the Union! A skeptic's guide to Trump's "big" speech

You won't learn anything from Trump's Tuesday address. Spare yourself the pointless boredom and the bad takes 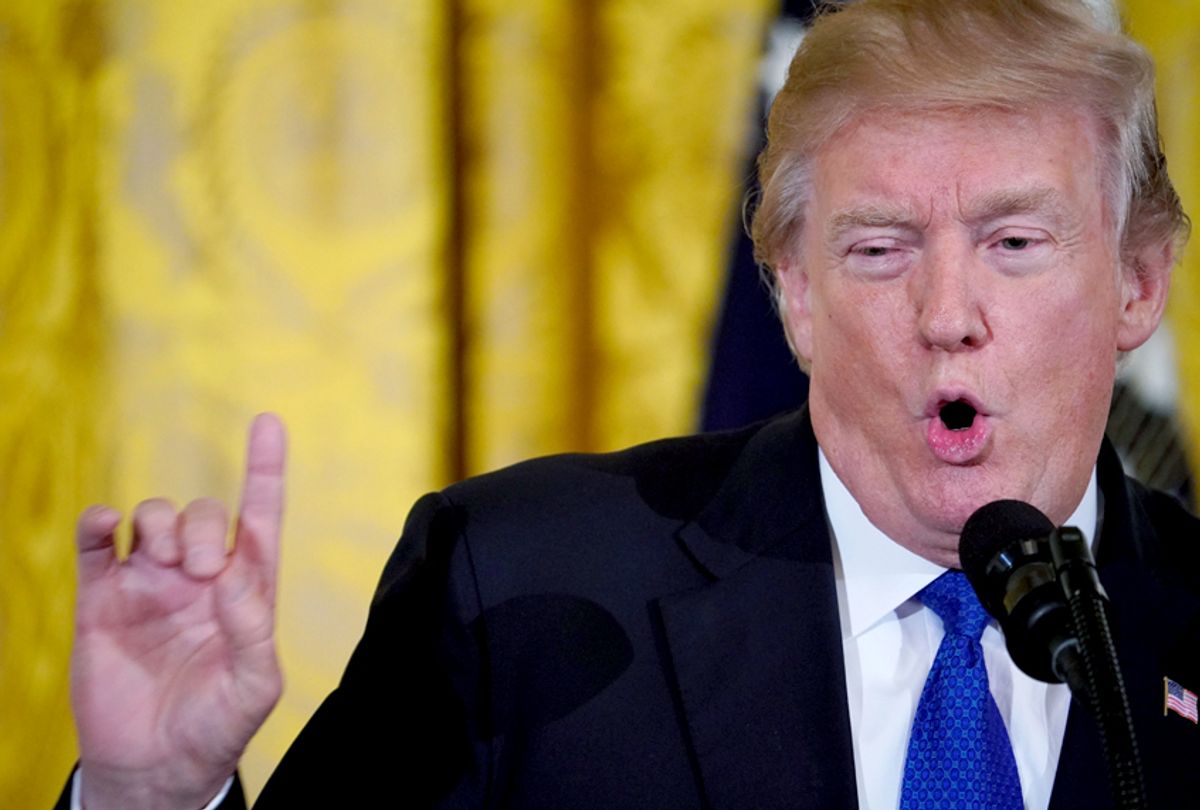 Donald Trump's first State of the Union address won't be as important as a presidential debate — when candidates, at least in theory, lay out their ideas of what their administrations will look like. It won't be as important as the inaugural address, which, in theory (again), is supposed to be about a president showing us that he or she has the ability to bring Americans together. At best, the State of the Union offers the president a chance to push a nice little wish list, along with the odd opportunity to gloat.

These are all reasons why the State of the Union should not be watched.

For a president with no coherent policy to deliver a speech on policy is farce of the lowest (or perhaps highest) order. Over the following days, it will be worth noticing all the things Trump is likely to say that undercut the words he reads off a teleprompter before Congress. Perhaps those will come during his "executive time" — i.e., furiously tweeting while watching Fox News — but in any event, Trump will make multiple promises, in multiple venues, that he has no way of following through on.

That's all OK, because Trump is not the one who's determining his own administration's policy agenda. His party is the one who's calling the shots. More specifically, the far-right wing of the Republican Party — as embodied in the House Freedom Caucus — will likely determine which policies will become law and which won't. During the first year of the administration, and in fact ever since Paul Ryan has been speaker of the House, the Freedom Caucus has been in the driver's seat, with virtual veto power over legislation. That is why there is no immigration deal, as much as Trump claims to want one. Trump may want all kinds of magic birthday unicorns, in the abstract: Health insurance for everyone! A kazillion-dollar infrastructure deal! A massive border wall and a hugfest with the Dreamers! Without the Freedom Caucus giving the A-OK, there is no way anything he proposes will ever happen.

Which brings us to this point: This speech will be amazingly dull. It will lack any excitement. Please abandon all hope that Trump may go off-script. We've seen a few Trump speeches at somber events — his speech to Congress last year, his Davos speech last week, which insiders suggested was a practice run for Tuesday night's event — and they're not pretty. This won't be a Trump rally where he can feed off the energy of the crowd. He'll have all the excitement of a 71-year-old man (with the attention span of a toddler) who is bored out of his gourd.

There will be takes upon takes after the event. Short of calling for the death of the entire non-Neil Gorsuch judiciary, it's almost guaranteed that at least one pundit, and likely several, will utter the P-word — you know the one. Some will be authoritative: "Tonight Donald Trump finally became p****dent." Some will be open-minded: "Was this speech p****dential?" Some will opt for arch rhetoric: "Many commentators [though not me, of course] have long yearned for Trump to pivot to more p****dential behavior!"

The answers to those questions or assertions or whatever are all "no." No, no, no and no. Ignore all that stuff. You don't need to watch; the good parts (if any) will be on Twitter within minutes after the speech is over. The analysis — both sides of it — will be on your Facebook feed. You don't need to partake of the pointless debate. It will be a bad speech given by a guy whose promises are empty and whose words don't matter. If there is meaning to be found in Donald Trump's presidency, it won't be in his first State of the Union address.