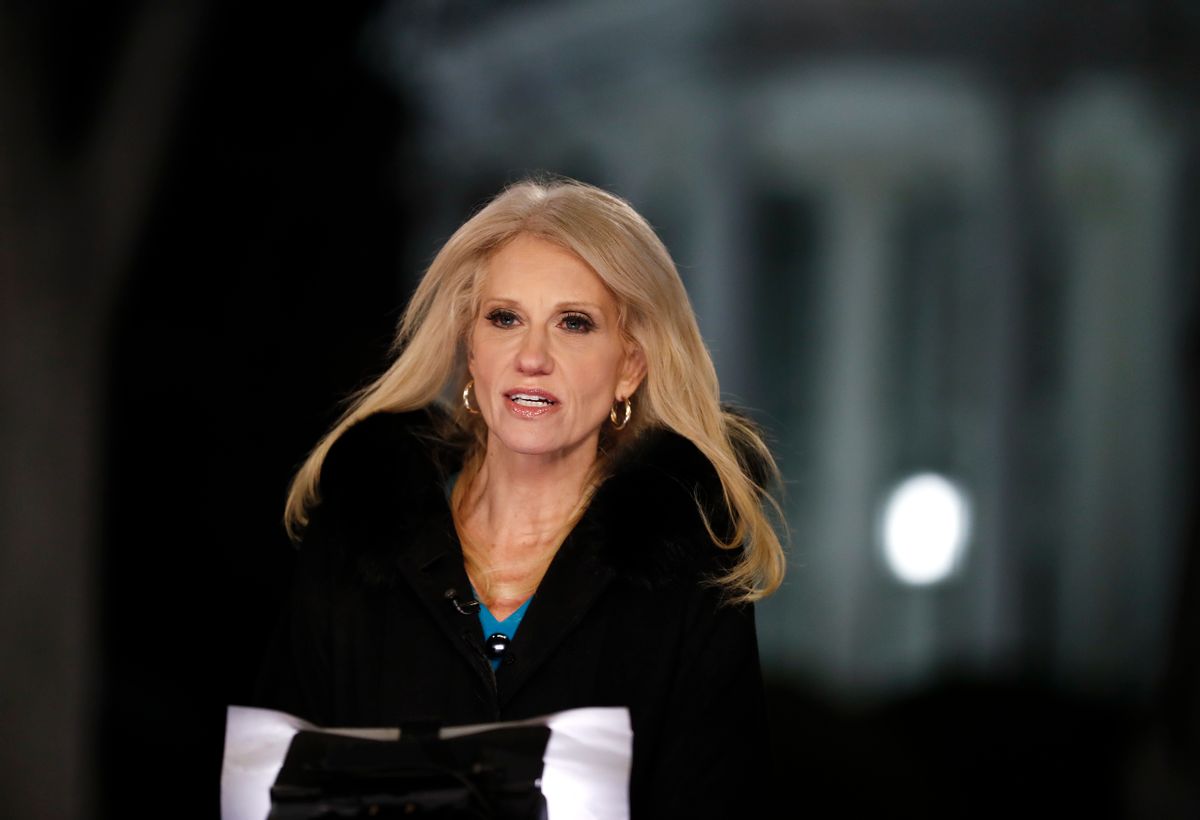 President Donald Trump may have arranged a private get-together between White House counselor Kellyanne Conway and African ambassadors to improve his relationship with countries that felt slighted by his remarks calling countries on the continent "s**tholes" — but he probably should have told Conway to actually mention Africa during that meeting.

During her meeting with African ambassadors at the Blair House, also known as the President's Guest House, Conway mentioned a wide range of subjects but didn't bring up issues specifically pertaining to Africa, according to Foreign Policy.

Conway instead focused on Trump’s achievements during his first year in office and previewed his State of the Union speech. She said almost nothing on his priorities for Africa, leaving some participants confused and bewildered, according to two people in attendance and two sources briefed on the meeting.

It is possible that Trump may have thought he had adequately addressed the specific concerns of the African leaders through a letter that he wrote to the African Union last week.

"The United States profoundly respects the partnerships and values we share with the African Union, member states, and citizens across the continent," Trump wrote in his letter. "I want to underscore that the United States deeply respects the people of Africa, and my commitment to strong and respectful relationships with African states as sovereign nations is firm."

It may not be that easy for Trump to smooth over his relationship with African countries, at least on a long term basis. The Center for Global Development released a report on Wednesday which found that Trump's most recent immigration reform proposal would disproportionately target African immigration — more so than that of any other racial group.

"My mom was almost moved to tears to think that this country, which she was willing to risk her life to come to, the commander-in-chief doesn't seem to value the worth, the contribution of her folks like herself," Adem Bunkeddeko, an Ugandan American congressional candidate from New York, told Salon earlier this month.