State of the Union response: Joe Kennedy gives Democrats a taste of what they've lost since Obama 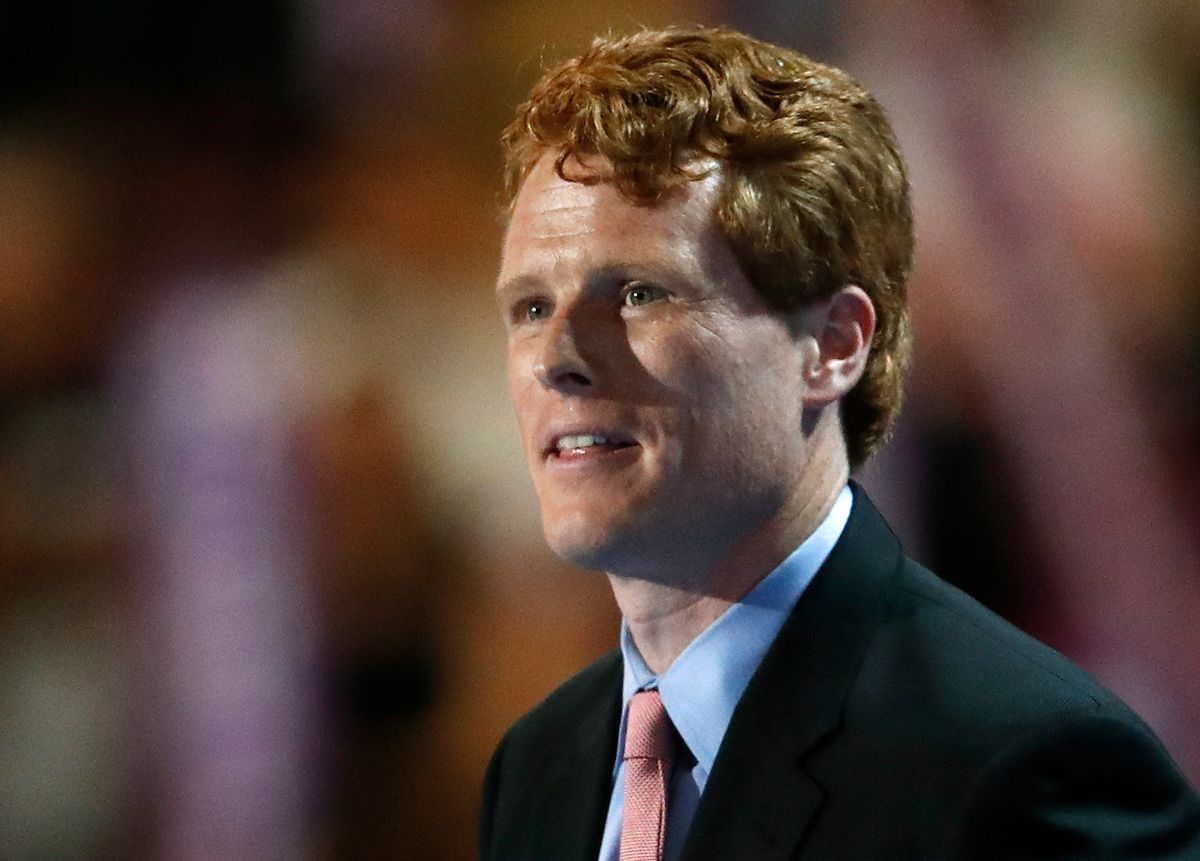 FILE - In this July 25, 2016, file photo, Rep. Joe Kennedy, D-Mass., speaks during the first day of the Democratic National Convention in Philadelphia. In an interview Wednesday, Jan. 18, 2017, with The Associated Press, Kennedy said his fellow Democrats have to listen harder to those core party voters who failed to come home in the November 2016 election.  (AP Photo/Paul Sancya, File) (AP)
--

Being the person charged with responding to the State of the Union address is not just a thankless task, it's one that represented failure for many up-and-coming politicians. But Rep. Joe Kennedy, D-Mass. -- the grandson of Robert F. Kennedy and great-nephew of John F. Kennedy -- pulled off a win late on Tuesday night as he gave the Democratic Party's official rebuttal to President Donald Trump's first constitutionally mandated speech.

While Republicans and journalists with nothing better to do obsessed about some extra lip gloss, Kennedy's words, delivered with precision and emotion, are what his fellow Democrats should be focusing on.

That's particularly true because his message of unity, positivity and shared struggle are precisely what Democrats have lost since the early days of the presidency of Barack Obama.

That point was demonstrated emphatically by the multiplicity of left-wing response events to the State of the Union.

Beyond a Spanish-language rebuttal, there was a mini-town hall hosted by independent Sen. Bernie Sanders, an unofficial rebuttal from Rep. Maxine Waters, some vaguely-framed Hollywood response featuring Michael Moore and a speech organized by the Working Families Party. It’s almost like no one paid attention to the various Tea Party response debacles that happened during the Obama presidency.

In context, however, it’s not a surprise why Trump's political opponents would be so divided, just as Republicans were before they decided to assimilate into the Trump collective.

The Democratic National Committee has faced months of lackluster fundraising as grassroots donors have withheld their hard-earned cash in protest of the same old people being allowed to run the party, in spite of their record of corruption and failure.

On Capitol Hill, the Democratic congressional leadership team has barely changed at all since 2003. At age 67, Senate Minority Leader Chuck Schumer is the young whippersnapper among top Democrats.

The Kennedy speech presented a dramatic contrast to all of that. While taking care to give respect to various groups that make up the Democratic political coalition, he emphasized that unity is the only way to effectively resist Trump.

“This administration isn’t just targeting the laws that protect us — they are targeting the very idea that we are all worthy of protection,” Kennedy said.

He continued, drawing out the point that Trump has tried to play various American groups against each other: "They are turning American life into a zero-sum game, where in order for one to win, another must lose."

Instead of trying to unite Americans, Republicans are forcing a series of false choices such as “rural communities or inner cities” and then profiting from the ensuing, Kennedy said. Democrats could not afford to play such a damaging game with people’s lives, he argued.

“Here is the answer Democrats offer tonight: We choose both,” he replied. “We fight for both. Because the strongest, richest, greatest nation in the world shouldn’t leave anyone behind.”

In so doing, Democrats will be fighting to fulfill the American promise, Kennedy argued. He gave a subtle nod to Obama in his phrasing, referring to the “audacity” of the nation’s founders to declare that all men were created equal in a time when monarchies were the norm.

That is our story. It began the day our Founding Fathers and Mothers set sail for a New World, fleeing oppression and intolerance.

It continued with every word of our Independence – the audacity to declare that all men are created equal. An imperfect promise for a nation struggling to become a more perfect union.

After giving another series of shout-outs to feminists, Hispanics and participants in the Black Lives Matter movement, Kennedy brought it all together:

You wade through flood waters, battle hurricanes, and brave wildfires and mudslides to save a stranger.

You fight your own, quiet battles every single day.

You drag your weary bodies to that extra shift so your families won’t feel the sting of scarcity.

You leave loved ones at home to defend our country overseas, or patrol our neighborhoods overnight.

You serve. You rescue. You help. You heal.

That – more than any law or leader, any debate or disagreement – that is what drives us toward progress.

Bullies may land a punch. They might leave a mark. But they have never, not once, in the history of our United States, managed to match the strength and spirit of a people united in defense of their future.

That is the measure of our character. That’s who we are.

Out of many. One.

Ladies and gentlemen, have faith: The state of our union is hopeful, resilient, enduring.

Despite years of Washington experience and millions of dollars spent on focus groups and polling operations, Democratic elites have not been able to understand that the party cannot beat Trump’s brand of white Christian identity politics without bringing people of all races, creeds and regions together in a way where no one feels left out.

That is easier said than done, of course. But on Tuesday, night Joe Kennedy showed that it’s still possible — even in the age of Donald Trump.