Trump on Nunes memo: It's a distraction!

It could be Devin Nunes' last stand, but President Trump wants the distraction memo to come out 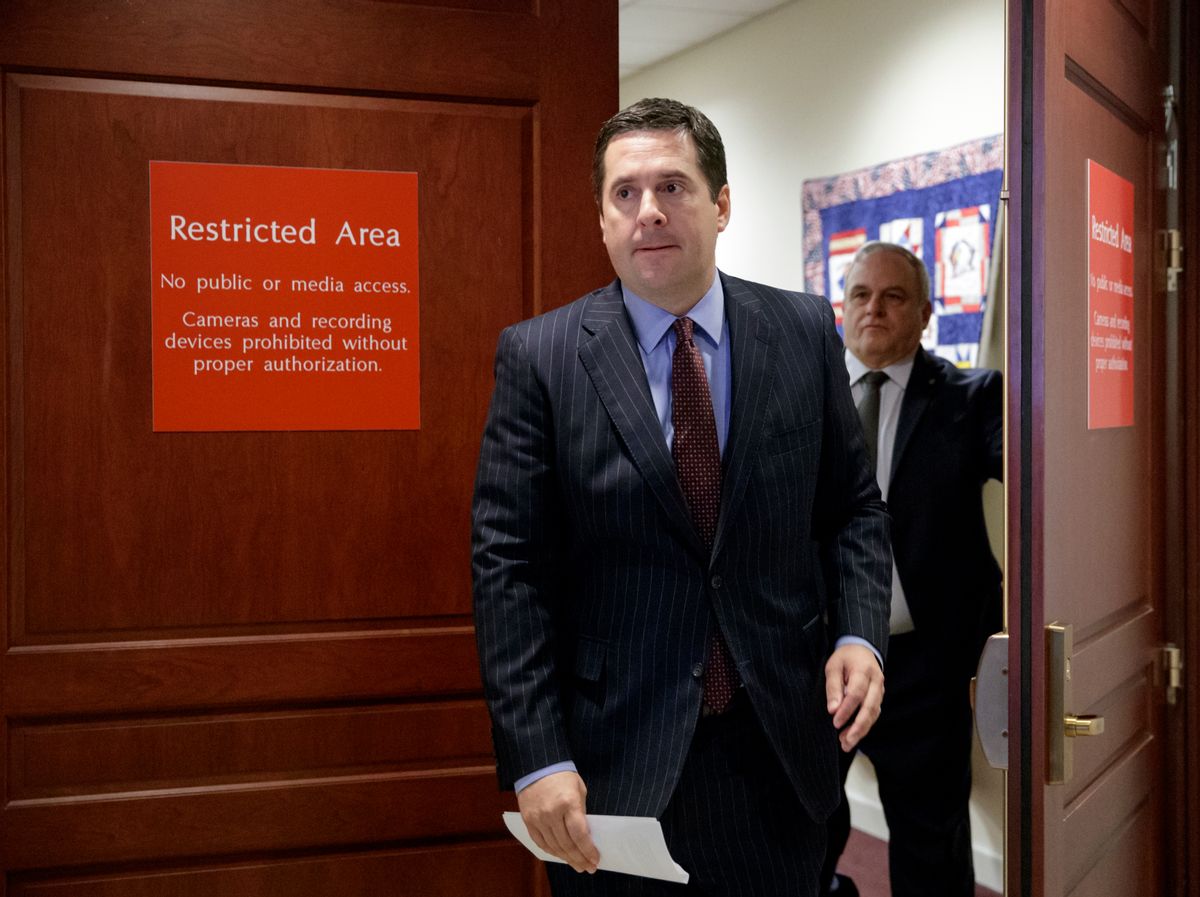 President Donald Trump is telling friends that he believes the release of the controversial GOP-drafted House Intelligence Committee memo alleging abuse by the FBI and Department of Justice will help derail the ongoing Russia investigation.

In recent phone conversations with allies, Trump has expressed that releasing the memo would reveal a bias by both the FBI and the Justice Department against him and will therefore help delegitimize the ongoing special counsel investigation into his campaign's alleged ties to the Russian government, two sources told CNN.

Rep. Devin Nunes, R-Calif., drafted the contentious memo, despite his so-called recusal from the Russia investigation, and critics have argued he cherry picked information in order to fit a narrative that shows bias against the Trump administration. The president has viewed the memo and engaged in discussions with Chief of Staff John Kelly, who said yesterday that the memo "will be released pretty quickly," as Salon has previously reported.

The White House will not confirm if Trump has made up his mind yet, though a decision is expected as soon as Thursday or Friday. The White House has also said that if Trump did release the memo, it would be on the grounds of "transparency" and would not be an effort to undermine the investigation into his campaign, and ultimately himself.

"The purpose is transparency," White House Press Secretary Raj Shah told CNN. "This is a legislative process, they have initiated it. We are only following through on our role throughout the House rules."

Shah added, "We're committed to this process. He's going to take input from both legal and national security voices. When he makes a decision, we'll make it public."

Nothing is stopping Trump from pulling the trigger and releasing the memo, which will likely happen, regardless of a rare scathing FBI letter on Wednesday and a warning from the Justice Department that such a move "would be extraordinarily reckless."

Top Democrats, House Minority Leader Nancy Pelosi of California and Senate Minority Leader Chuck Schumer of New York have since called for Nunes to be removed from the House Intelligence Committee, on Thursday afternoon in letters to House Speaker Paul Ryan, R-Wis.

"The decision of Chairman Nunes and House Republicans to release a bogus memo has taken the GOP’s cover-up campaign to a new, completely unacceptable extreme," Pelosi wrote in her letter. "It has now come to our attention that Congressman Nunes deliberately and materially altered the contents of the memo since it was voted on by the House Republicans.  This action is not only dangerous, it is illegitimate, and violates House rules."

She added, "Congressman Nunes’ deliberately dishonest actions make him unfit to serve as Chairman, and he must be removed immediately from this position."

Being the showman he is, Trump is revealing his hand here and all but explicitly expressing his disapproval of the investigation into him and his campaign. The president has sought to undermine the investigation at every turn and has repeatedly dubbed it a "witch hunt" against him. Republicans, and even the White House, have continued to argue that the memo must be released to expose abuse of power by the FBI and the DOJ against former Trump campaign staffer Carter Page, but that's never truly mattered to them, considering Congress renewed FISA Section 702 this month. Trump has one goal in mind here, and one reason for declassifying the Nunes memo, and it has nothing to do with American's civil liberties. He believes it will exonerate him from any alleged wrongdoing and cast a cloud over Mueller's investigation.