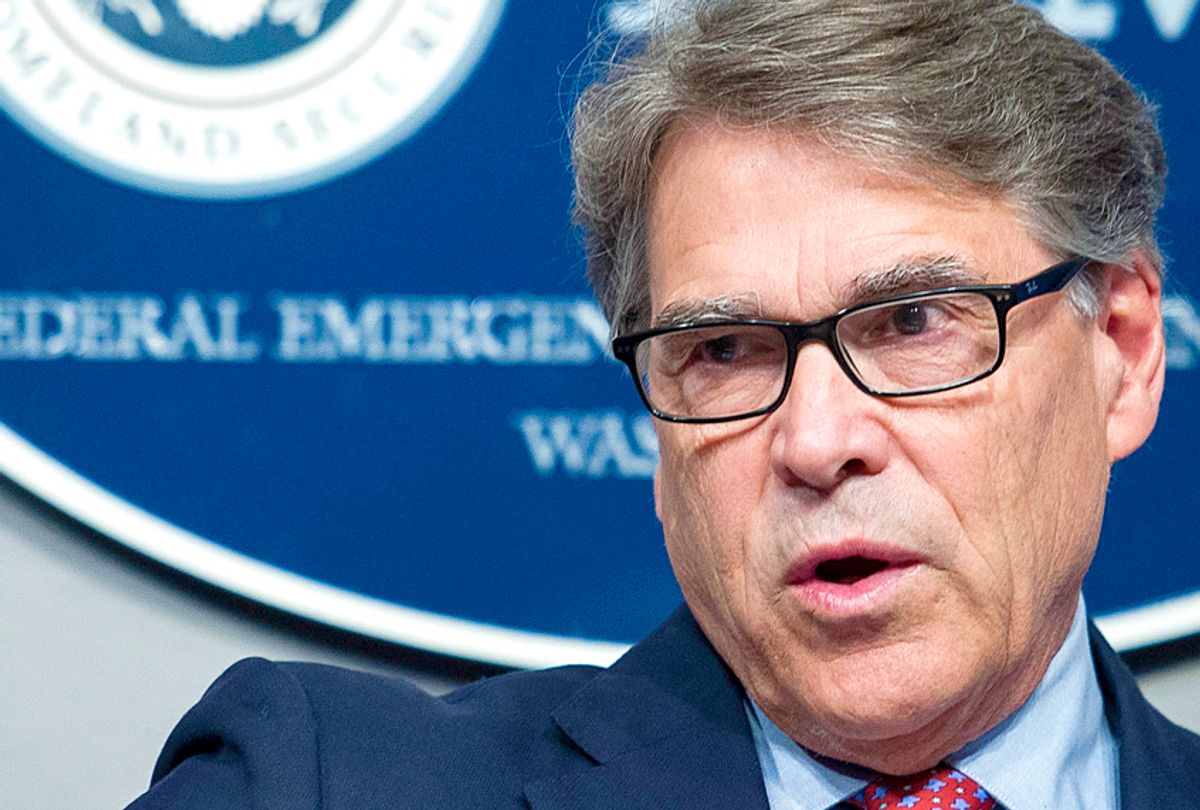 President Donald Trump is about to send a new budget draft to Congress that will once again demonstrate his fealty to the energy industry.

The new budget draft would gut Energy Department spending on renewable energy and energy efficiency by 72 percent for the 2019 fiscal year, according to The Washington Post. Such a drastic cut further establishes that shifting to fossil fuels is a major policy priority of the Trump administration.

The proposed spending cuts in 2019 are much greater than the ones Trump requested in the 2018 budget, although those cuts were left unimplemented due to the ongoing budget crisis. Trump had requested that the Energy Department's Office of Energy Efficiency and Renewable Energy only receive $636.1 million in its budget for the 2018 fiscal year, a decline of nearly 70 percent from its current budget of $2.04 billion. For the 2019 fiscal year, the Trump administration wants the budget to fall to $575.5 million. It also suggested reducing the agency's staff from 680 in 2017 to 450 in 2019.

Trump has long been a major supporter of the fossil fuels industry while serving as president. This included prioritizing a laundry list of 14 environmental deregulatory policies sent to him by one of his staunchest supporters, Robert E. Murray of Murray Energy, as well as pulling America out of the Paris climate accord and repeatedly denying the threat posed by man-made global warming.

Energy Department spokeswoman Shaylyn Hynes emailed the Post to insist that "though it may not fit into the narrative of the environmental lobby and their pundits, the truth is that Secretary Perry believes that there is a role for all fuels — including renewables — in our energy mix."