A satirical group raised $7,000 to respond to Bachmann's statement that she's praying on whether to run 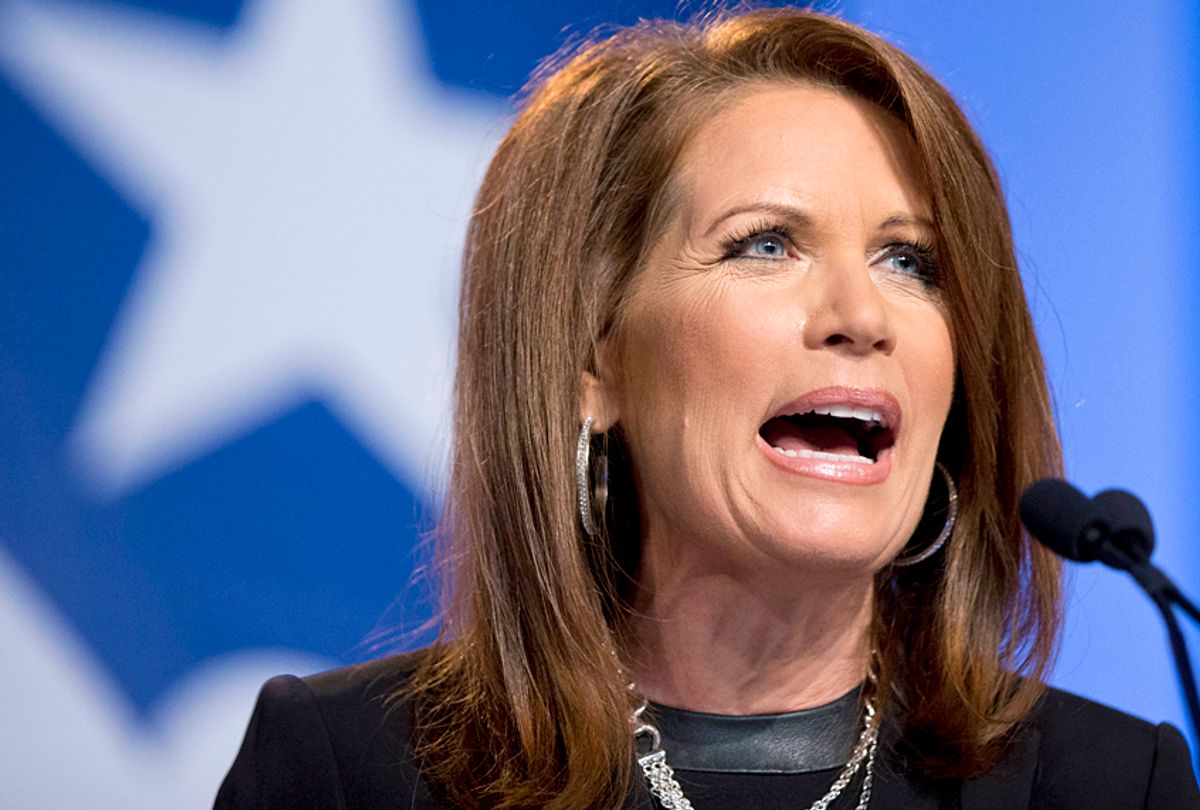 Former Rep. Michele Bachmann, R-Minn., is praying for guidance about whether she should run for the Senate seat recently vacated by Al Franken, but according to one satirical news company, God already has an answer for her:

The billboard, which appeared in the Minnesota city of St. Paul, was sponsored by a satirical news website called The Good Lord Above, according to Newsweek. They raised $7,000 on a fundraising site called YouCaring after announcing its plan to sponsor a billboard rebuttal to Bachmann on Twitter on Jan. 23.

"Michele Bachmann is thinking about running for Senate in Minnesota. She has been praying on it. Let's give her an answer from God! That answer is NO," The Good Lord Above proclaimed in its fundraising statement.

The billboard referred to Bachmann's claim to disgraced televangelist Jim Bakker in early January that she was seeking divine counsel on whether she should run for the Senate. She argued that if she did run, it would be in order to bring her staunchly conservative ideology into the Senate.

"The only reason I would run is for the ability to take these principles into the United States senate, and be able to advocate for these principles. The question is, should it be me, should it be now — but there's a price you pay, and the price is bigger than ever because the swamp is so toxic," Bachmann told Bakker.

After discussing how she believed God had made her run for president in 2012 so that Obamacare could become a central issue in that election, she added that she was asking herself regarding the Senate race, "So the question is am I being called to do this now?"

If Bachmann decides that God does want her to run for the Senate — that pesky billboard notwithstanding — her most likely Democratic opponent would be former Lt. Gov. Tina Smith, who was appointed to replace Franken after he resigned and has decided to seek a term of her own.