Capturing an Africa struggling with a Western import: Homophobia

Chike Frankie Edozien's "Lives of Great Men: Living and Loving as an African Gay Man" reveals a continent in crisis 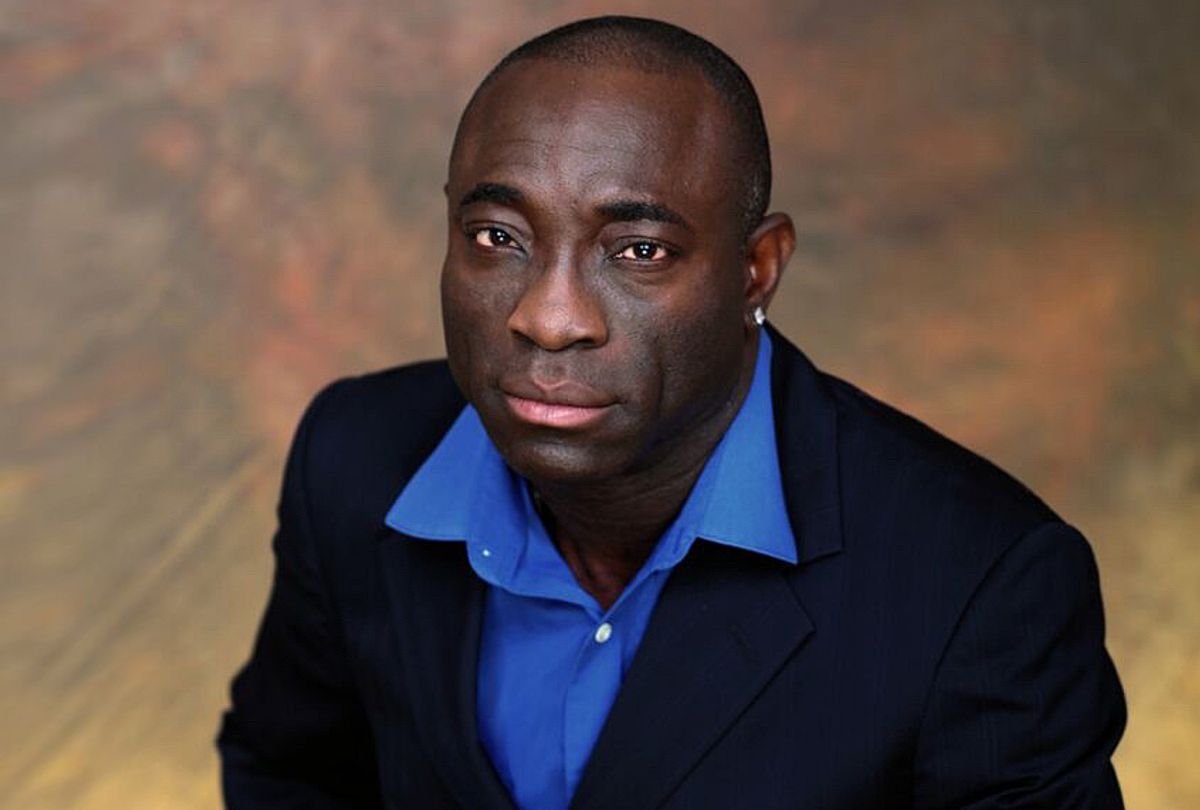 "Lives of Great Men: Living and Loving as an African Gay Man" by Nigerian journalist Chike Frankie Edozien appears to be the first memoir about LGBT life in Nigeria. But the book isn't just a personal account of Edozien's experiences of being gay in Nigeria and then in New York, where he now works and lives. It's the rare text that documents just a few of the many loving same-sex couples across the continent, with a focus on individuals and communities in Nigeria, Ghana, South Africa, Uganda, Zimbabwe, Botswana and Kenya.

"The only universal experience that they all have is that they’re people who are gay and cannot in most places be comfortably out," Edozien says of the stories featured in the book. "Lives of Great Men" also serves as a historical exploration of the evolution of LGBT struggles in sub-Saharan Africa, something Edozien sees becoming all the more dire with each passing day.

Edozien tells Salon that in Ghana, where he has worked every summer as a professor of journalism for 10 years, there used to be many safe, queer friendly spaces. Then, "within one summer all that was gone," he said, noting an uptick in anti-gay laws across the continent in the last five years.

Also in 2014, Uganda's president signed into law the Anti-Homosexuality Act, (colloquially referenced as "kill the gays bill"), which sought to deliver life sentences for anyone engaging in same-sex acts. Homosexuality was already illegal in Uganda, but this new law entailed an unprecedented series of harsh punishments for being openly homosexual and also criminalized the "promotion" of homosexuality, something that has jeopardized human-rights advocacy work.

The bill was struck down on a technicality later that year, but lawmakers continue to push for its return, and homophobia is still widespread.

Edozien said these laws didn't just harm LGBT individuals in Uganda and Nigeria but queer Africans across the continent, by bringing "a lot of homophobes out in the open." He says of the general chilling effect, "Those who were even making baby steps out of the closet, they just kind of vanished."

Some see the marriage-equality laws being enacted in the West and the worsening conditions for LGBT people in Africa as interconnected. President Barack Obama's administration directed hundreds of millions of dollars to support gay communities and causes in sub-Saharan Africa. That should have been a good thing. But some Africans claim that the policy had the effect of making LGBT people more visible on the continent and therefore more vulnerable. Others allege that many of the fervent anti-gay laws are in fact reactions by African leaders to pressure from the U.S. to embrace gay rights.

Akosua Hanson, a Ghanaian media personality, LGBT advocate and feminist activist, sees the problem as tied to growing religious fervency as well. She said in an email to Salon, "There has been a general hike in religious conservatism and fanaticism, and that comes with militant homophobia." Edozien said many of the conservative, anti-gay pastors in the U.S., who were losing ground legally and culturally stateside, took their doctrine to places like Uganda. "These people took advantage of them [Africans]," Edozien said, "and told them that all their problems would be solved if they got rid of the gays."

He added that these ever-more mainstream radicals frame homosexuality as something essentially "un-African," using religious texts such as the Quran or the Bible as evidence. It should be noted that, depending on the region, those religions are colonial imports themselves.

It's statements such as these, Edozien says, that spurred him to create "Lives of Great Men" and its broad collection of gay voices from across Africa. "When you let the zealots and the homophobes have the microphone all the time, they now have the only narrative," he said. "Lives of Great Men," if nothing else, is a counter-narrative, an alternative voice on record declaring that, "as long as people have been on the African continent," Edozien said, "there has been a diversity in their sexual orientations."

Both Hanson and Edozien point to traditional African religions that acknowledged and accepted diversity in gender and sexuality as proof that homophobia is not native to the continent. "Many pre-colonial African cultures and philosophical systems had a very advanced understanding of the fluidity of gender and sexuality, a fluidity that the modern world is only now acknowledging," Hanson said.

She says this fluidity often shows up in Ghana during the traditional celebrations that happen every year. "During times like the Chale Wote Art festival and Homowo festival [two annual cultural celebrations in Accra], there are cross-dressers who publicly and safely cross dress to celebrations and no one even bats an eye," she said. Hanson added that the "militant tone of homophobia" that takes place in many Christian spaces will be significantly toned down in the more traditional ones. Edozien agrees, saying that language wasn't the same in pre-colonial times. People didn't identify as "trans" or "gay"; some gods were genderless or androgynous; diversity was embraced.

Hanson says that much of this has been occluded, given that much of the history of Africa was written by European outsiders, men with racial and cultural biases of their own. "When it comes to the history of African sexuality, non-heteronormative sexuality was expunged from the books and traditional oral accounts were demonized," she said. "A most powerful way of rendering a people illegitimate is to erase their existence in history. So you find that the majority of Africans no longer have any knowledge about the fact of the age-old existence of Africans of non-heteronormative sexuality, and no longer have the traditional understanding that did exist before colonial disruption." Edozien and Hanson argue that the modern anti-gay laws themselves are surviving relics of colonial rule.

But none of this is academic. It's immediate. The newer anti-gay laws on the books, and the energized homophobia around them, not only put LGBT Africans in legal danger but in physical danger as well. Human Rights Watch found that the Same Sex Marriage Prohibition Act in Nigeria, "in many ways, officially authorizes abuses against LGBT people." And given the harsh punishments for LGBT activism and advocacy, Hanson says, pro-LGBT campaign not only risk endangering "the very people [they] seek to protect and liberate," but themselves as well.

In "Lives of Great Men," Edozien does step past the continent's shores, following several LGBT Africans who have fled their home countries due to persecution and are now seeking asylum in the U.S. and Western Europe. He notes that the number of such asylum seekers has risen 400 percent since 2009 in the United Kingdom alone, an exodus he describes as a "quiet tragedy."

On a much smaller scale, Edozien says the feedback that he has gotten about "Lives of Great Men," and how many African men and women have bought the book and brought it to their different countries, has been most significant to him. Some say they agree with what Edozien has written. Others have learned from it. Through it, some have finally seen themselves represented in print for the first time. Overwhelmingly, though, Edozien says people are just happy it exists.