He tweeted the news, and a backlash ensued 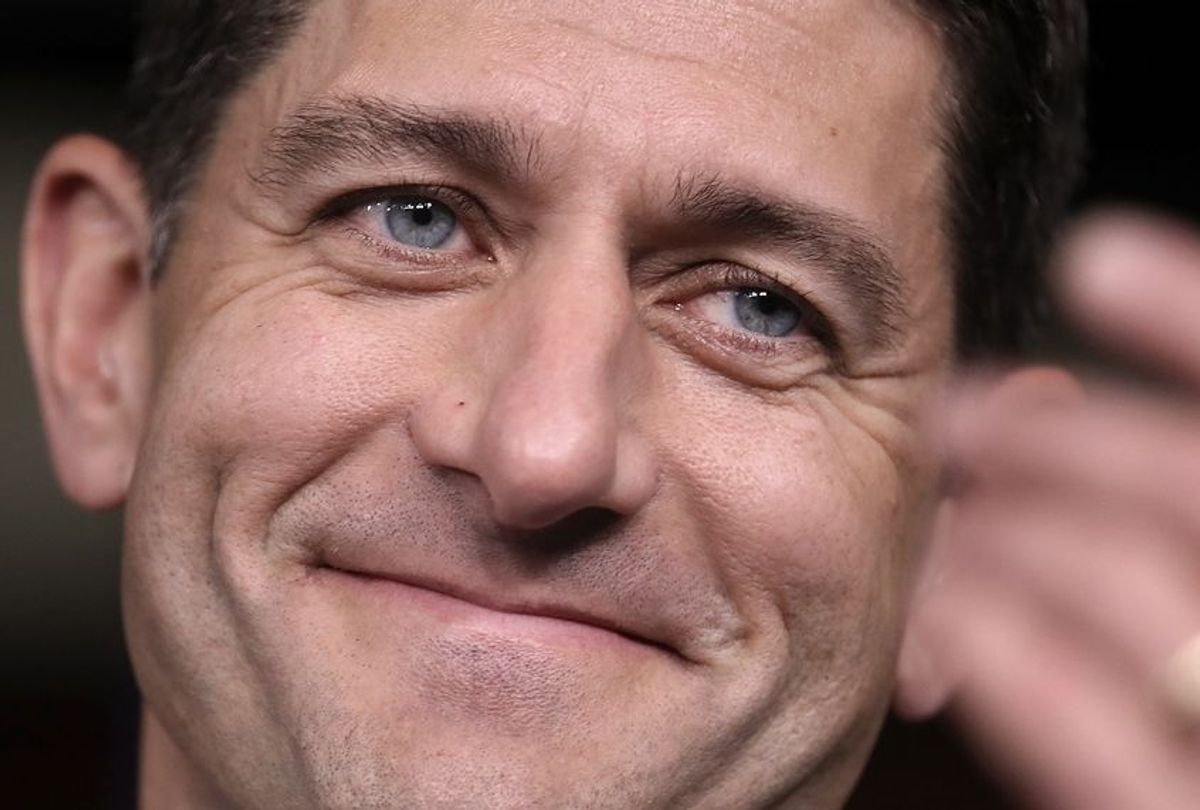 House Speaker Paul Ryan retweeted an article published by AP News about how the GOP tax cuts are reportedly delivering bigger paychecks to workers across the country.

Ryan’s tweet, which has since been deleted (see a screenshot below), praised a public high school secretary, Julia Ketchum in Lancaster, Pennsylvania, who told AP News that she received a $1.50 weekly pay raise—an extra $78 a year, which came as a surprise. 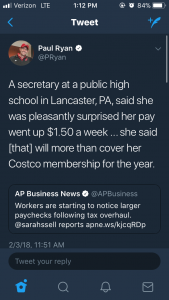 Ryan presumably saw this as a proud win for the GOP, which is why he tweeted, along with the article: “A secretary at a public high school in Lancaster, PA, said she was pleasantly surprised her pay went up $1.50 a week… she said [that] will more than cover her Costco membership for the year.”

According to US News & World Report’s “Best Places” rankings, the average annual salary in Lancaster is $42,150. The median home price is $176,167, and the average monthly rent is $908. A Costco membership, the Gold Star package—the tier which provides the least benefits— costs $60 a year, which is presumably what Ketchum’s $78 annual raise can cover.

People on Twitter, including democratic lawmakers and their teams, quickly responded, noting that $1.50 a week—an extra $6 a month—isn’t something to brag about.

"Paul Ryan deleted his embarrassing tweet of a blatant admission because he and Republicans don't want you to know the truth: the #GOPTaxScam is a gift to corporate America and the top 1% at your expense," the political team for Rep. Nancy Pelosi, D-Calif., tweeted.

Paul Ryan deleted his embarrassing tweet of a blatant admission because he and Republicans don’t want you to know the truth: the #GOPTaxScam is a gift to corporate America and the top 1% at your expense.

He also doesn’t want you to know he got $500.000.00 from the Koch family. pic.twitter.com/ENXxASfAMP