Allegations against ex-RNC finance chair Steve Wynn go back decades. Has his money been returned yet? 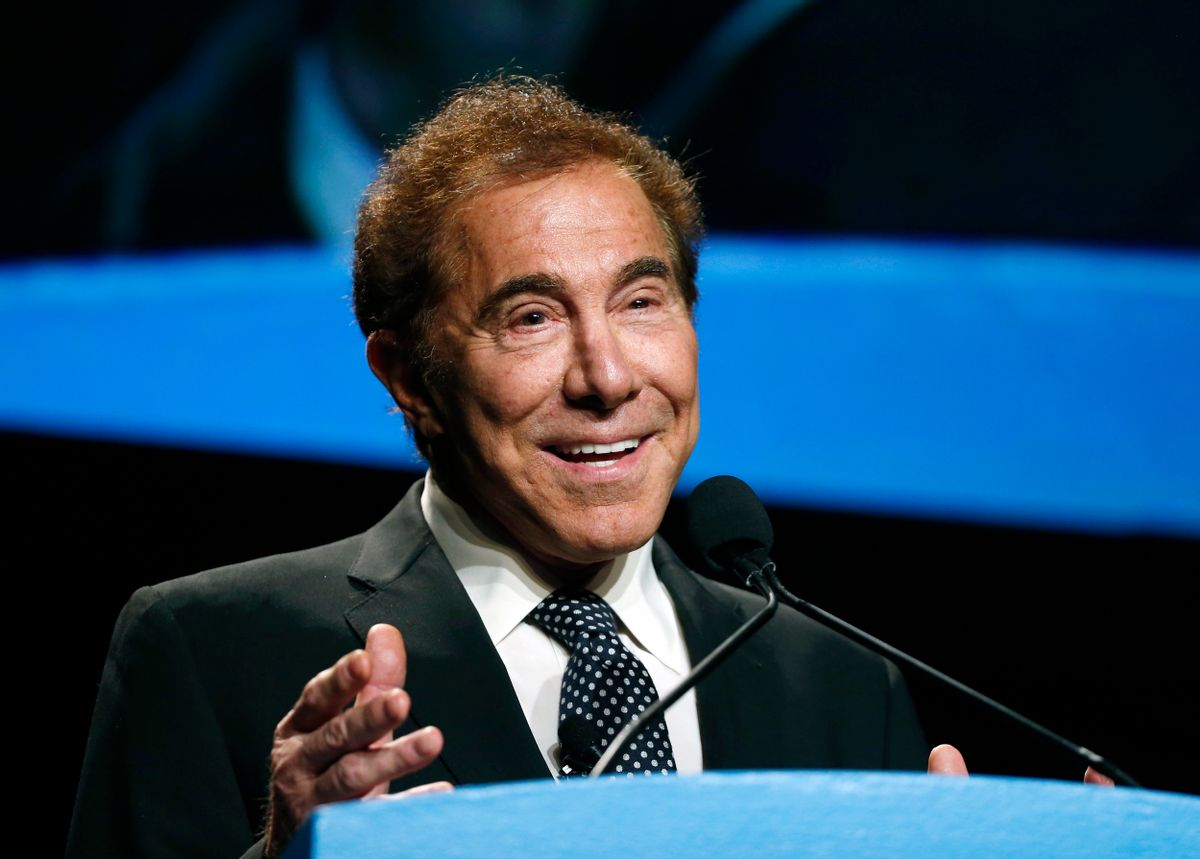 FILE - In this Jan. 15, 2015, file photo, Steve Wynn, CEO of Wynn Resorts, delivers the keynote address at Colliers International Annual Seminar at the Boston Convention Center in Boston. From a pair of giant golden dragons on the edge of a vast man-made lagoon to phoenix and cloud motifs throughout the interior, Wynn’s new multibillion dollar Macau resort brims with auspicious Chinese symbolism. The U.S. casino mogul will be hoping luck is on his side as he prepares to launch his Wynn Palace project in the Asian gambling hub, where growth is downshifting into a new phase after years of turbocharged expansion. (AP Photo/Elise Amendola, File) (AP)
--

Republican National Committee Chairwoman Ronna McDaniel has had a rough week dealing with the fallout of former RNC Finance Chair Steve Wynn, the casino mogul who stepped down after allegations of sexual abuse emerged. She thought of the casino mogul as "like family" and reportedly teared up thinking of his departure. But earlier in the week, McDaniel said that the RNC — sitting on a pile of money either donated by Wynn directly or money he helped raise — would return the cash "if he is found of any wrongdoing."

There should now be more pressure on McDaniel to determine whether or not the RNC will return the cash.

On Monday, the Las Vegas Review-Journal reported that the paper knew of allegations that Wynn sexually harassed employees back in 1998 — but the newspaper killed the story.

The story should raise another set of questions against McDaniel, who, as Salon noted last week, pointed out that the RNC chair was setting an impossible bar:

Due process is a tricky phrase to use in this situation, as many have noted. It ensures fair legal treatment in the justice system. Due process has no basis in the court of public opinion, which found him guilty enough, apparently, for the RNC to no longer want him on the board . . .

Here's another reason for concern for anyone looking for justice and consistency from the Republicans. McDaniel said if the investigation found wrongdoing, Wynn's money would be returned. But if Wynn paid a $7.5 million settlement to a manicurist who claimed he pressured her into having sex with him, and if Weinstein's similar settlements were understood as an admission of wrongdoing — not guilt in a legal sense, but in the court of public opinion — wouldn't the case against keeping Wynn's money already be closed?

So how many stories need to come out before the RNC returns the cash?