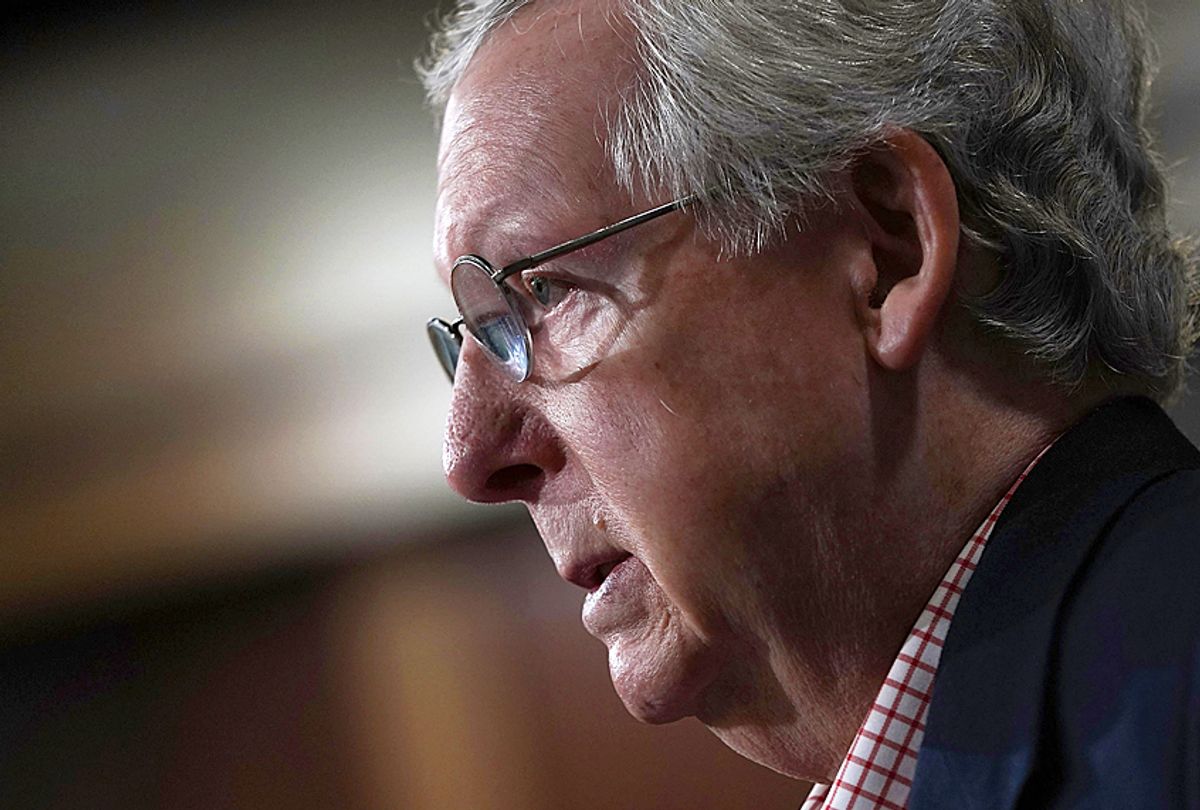 The bipartisan agreement will reportedly create more funding for veterans, disaster relief, infrastructure, and be used to combat the opioid crisis through prevention programs and providing more law enforcement to communities struggling with drug addiction.

“First and foremost, this bipartisan agreement will unwind the sequestration cuts that have hurt our military and jeopardized national security,” McConnell wrote on Twitter. “In addition to helping our military and #Veterans, this bipartisan agreement will provides funding for disaster relief efforts. Last year, powerful storms crippled #PuertoRico & #USVI and damaged communities from #Florida to #Texas, this bill will get more help on the way.”

However, not much has been mentioned about what the proposed agreement includes to protect “DREAMer” immigrants — a sticking point that might affect the potential for the bill to pass the House..

“As I’ve said publicly many times, our upcoming immigration debate on #DACA, border security, & other issues will be a process that is fair to all sides. While I obviously cannot guarantee any outcomes, let alone supermajority support, I can ensure the process is fair to all sides,” McConnell said.

While Senate Minority Leader Chuck Schumer, D-NY, agreed on the proposed budget with McConnell,  not all Democrats are reportedly in agreement. House Democratic Minority Leader Nancy Pelosi, D-Calif., stated prior to McConnell's announcement that she won’t support passing the budget bill, and encourages others to do the same.

According to AP News, Pelosi said the budget, “does not have my support, nor does it have the support of a large number of members of our caucus.”

"The deal announced today isn't just fiscally irresponsible, it's an abomination,”  Jason Pye, FreedomWorks vice president of legislative affairs, said in a statement. “ This deal will lead to higher budget deficits, possibly putting us over $1 trillion, and saddle future generations with more debt.”

Reporters on the ground are tweeting about opposition they’re hearing due to debt concerns from lawmakers, too.

Recall that the budget needs to get passed in the House by Thursday at midnight in order to prevent a government shutdown. It’s possible that the immigration and debt debates could prevent the proposed budget from passing the House, as Pelosi continues to organize Democratic opposition. Oddly, Donald Trump appears to be rooting for a government shutdown anyway.