Brand, the third in line at the US Justice Department, is suddenly stepping down after only 9 months on the job 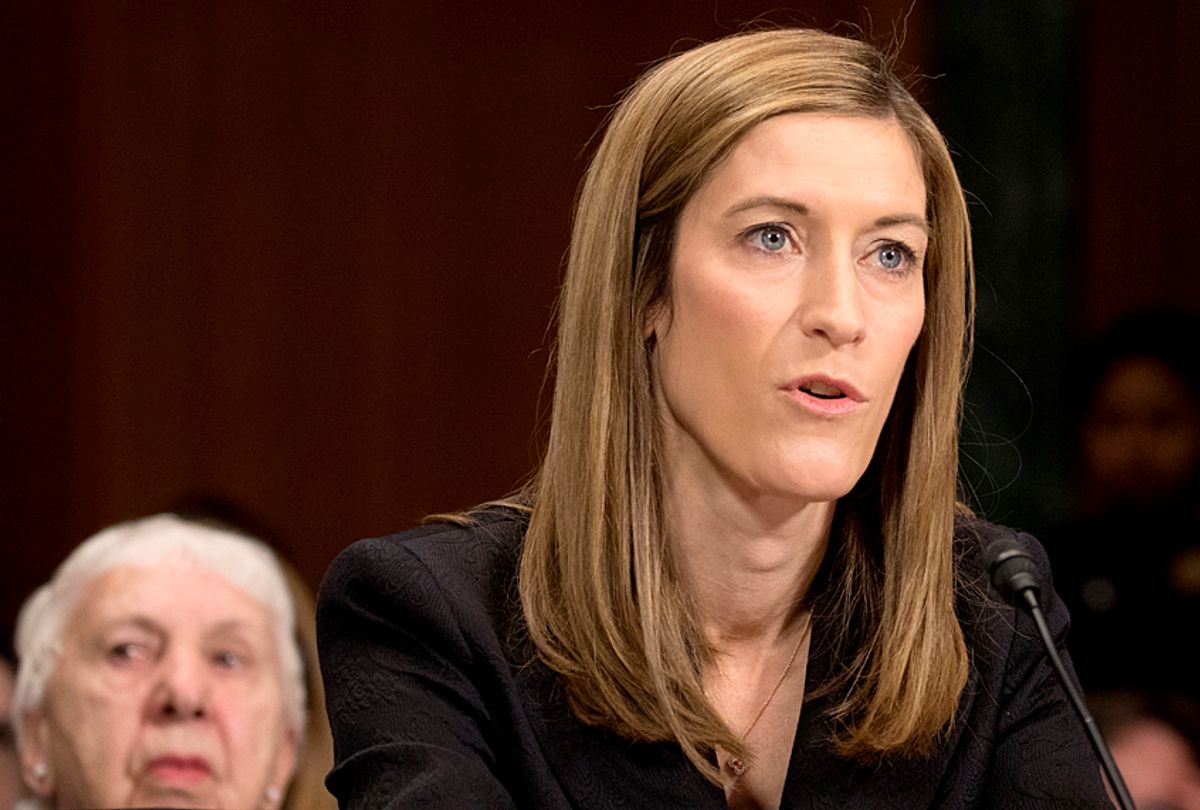 Rachel L. Brand, the third-ranking officer at the Justice Department, will plans to step down from her job as associate attorney general, according to a report by the New York Times that has been corroborated by multiple news agencies late Friday afternoon. Brand has been on the job for only nine months.

The news of Brand's departure comes as the Justice Department and the FBI have been on the defense following criticism and attacks from President Trump.

On Feb. 2, Trump said, "The top Leadership and Investigators of the FBI and the Justice Department have politicized the sacred investigative process in favor of Democrats and against Republicans - something which would have been unthinkable just a short time ago," in a tweet.

As third in the line of succession, Brand is second in succession to Deputy Attorney General Rod Rosenstein, who is presiding over Special Counsel Robert Mueller's probe into Russian meddling in the 2016 election. Should Trump fire Rosenstein, a move he has reportedly considered, Brand would be in charge.

In another Times report published January 25, reporters Maggie Haberman and Michael Schmidt quoted a source and wrote, "Another option that Mr. Trump considered in discussions with his advisers was dismissing the deputy attorney general, Rod J. Rosenstein, and elevating the Justice Department’s No. 3 official, Rachel Brand, to oversee Mr. Mueller."

In her role as Associate Attorney General, Brand reports directly to Rosenstein and Attorney General Jeff Sessions, who has recused himself from the Russia investigation. Brand held positions at the Justice Department over the past three presidential administrations before becoming Associate Attorney General in May 2017. She was appointed by President Obama to serve as one of five Senate-confirmed members of the Private and Civil Liberties Oversight Board, a position she held from 2012 until 2017. From 2003 to 2007, President George W. Bush had appointed Brand to serve as the Principal Deputy Assistant Attorney general for the Office of Legal Policy, and then as the Senate-confirmed Assistant Attorney General for Legal Policy.

The New York Times reported she is leaving for a job as a general counsel in the private sector.

Brand has not yet publicly confirmed her resignation from the Justice Department.