The impact of child sex abuse is not just emotional for victims, but financial as well 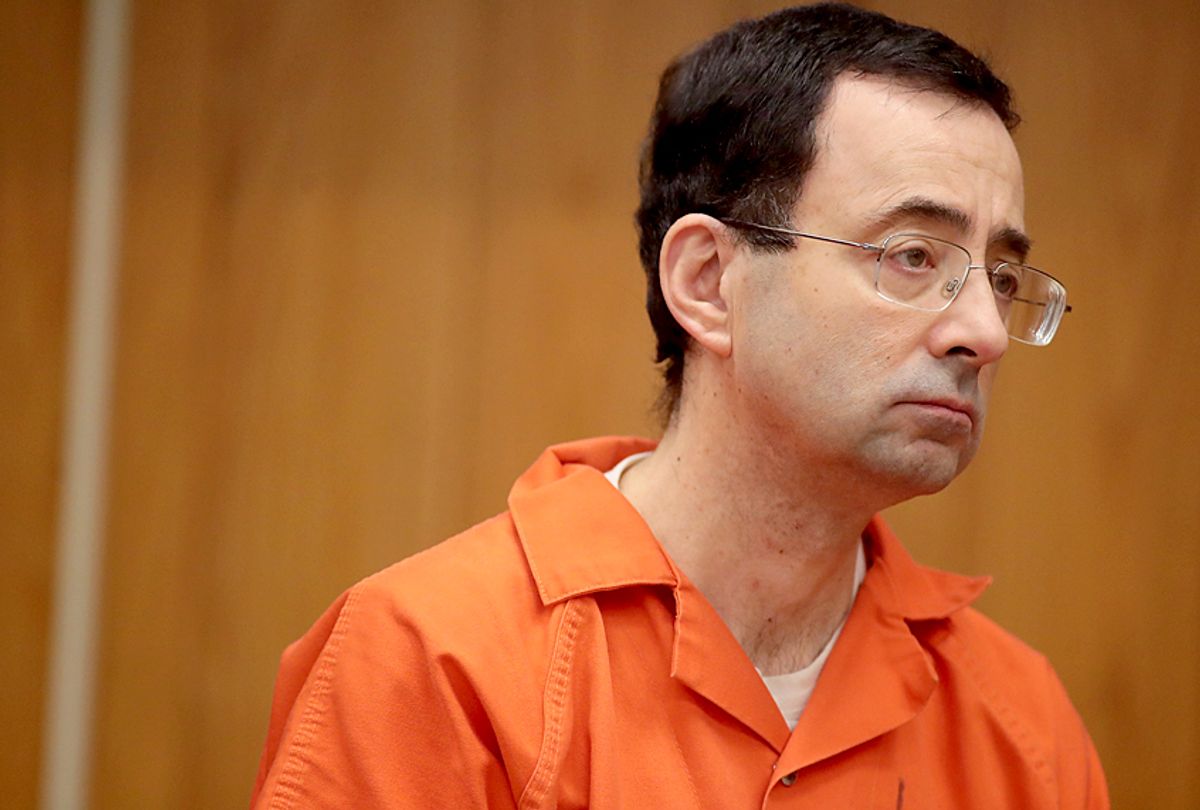 It is difficult not to be stunned into silence by the testimony of 156 female gymnasts against serial pedophile Dr. Larry Nassar. His “practice” was a factory assembly line of abuse — one girl after the other, day after day. He was prolific but not a rarity: child sex abuse in the United States is a mass epidemic that saturates our culture and even impacts the economy. And as the national #MeToo movement has shown, the time is now, to say, “enough is enough.”

Ignorance, discomfort and a legal system geared toward adults rather than children have kept these stories from the public. The numbers are staggering: research by the Centers for Disease Control estimates that 1 in 4 girls and 1 in 6 boys will be sexually abused before their 18th birthday. That means that in every classroom, team and congregation it is likely that there are children who have been or are being victimized.

Victims often do not disclose their abuse until they are in their 40s, according to the University of Georgia School of Law's Child Endangerment and Sexual Exploitation Clinic. While 38 states have eliminated the criminal statute of limitations (SOL) for at least some child sex crimes, most have not done so for all of them, leaving large loopholes that protect many perpetrators whose “lesser” abuse can still yield enormous harm. Many more states have not yet eliminated the civil SOL, which means institutions and their insurers have not been adequately incentivized to change their practices to deter child sex abuse effectively. Indeed, the worst states, like New York, Alabama and Michigan, permit institutions and predators to revel in SOLs that cut off claims once the victim reaches their early 20s.

For the victim, the impact of child sex abuse is not just emotional but financial as well. Up to 50 percent of child sex abuse victims develop post-traumatic stress disorder. Teens who were victims of child physical or sexual abuse are three times more likely to develop substance abuse problems. On average, violent trauma in childhood costs the victim $210,000 over their lifetime — that’s $13.5 trillion over a generation in the United States alone.

The public also pays. The states with short SOLs force not just victims and their families, but even taxpayers, to foot the cost. Our tax-dollar funded prisons are filled with victims of abuse: over 80 percent of female inmates and nearly 60 percent of male inmates were physically or sexually victimized as children. Many victims go on to file for disability and also receive Medicaid and other state and federal support, while the person responsible for the harm pays nothing. For example, in New York, taxpayers underwrite the costs that should be paid by the institutions hiding predators. A change in law would save taxpayers no less than $250 million a year by reviving expired and extending civil SOLs to hold abusers accountable.

And of course, this abuse is also expensive for the institutions that enable and protect predators, which is why groups like the Catholic Church and the Boy Scouts have spent millions lobbying to kill reform that would hold them accountable. There is the cost to reputation and careers: look at the fallout in USA Gymnastics and Michigan State University after it was discovered there was direct knowledge of Nassar’s abuse for years. The sitting presidents of Penn State and Michigan State lost their jobs over Jerry Sandusky and Nassar, respectively. There is also the cost of the lawsuits: jury verdicts in child sex abuse cases have registered all the way up to $100 million. Because of the potential for these sky-high verdicts, institutions typically aim for mass settlements: the Catholic Church cases have yielded average settlements of $100,000-500,000 per victim, with combined payments at this point well over $4 billion. Every university, religious organization, sports organization and institution needs to realize these numbers could be their future and must act now to institute best child protection practices. This includes reporting allegations of abuse to the authorities, providing internal whistleblower protections and restricting adults from being alone with children. They must cycle the poison out of the system or compound the impact.

These numbers are real, and what they should tell lawmakers, business leaders and their number-crunchers, is that child sex abuse prevention is not only the morally right path, but also the only one they can reasonably afford.

Marci Hamilton is the CEO and Academic Director of CHILD USA, and co-founder of New Yorkers Against Hidden Predators. She is the author of "Justice Denied: What America Must Do to Protect Its Children."