"It was probably constructed in mind to keep as many Republican seats as possible," a PA county chairman told Salon 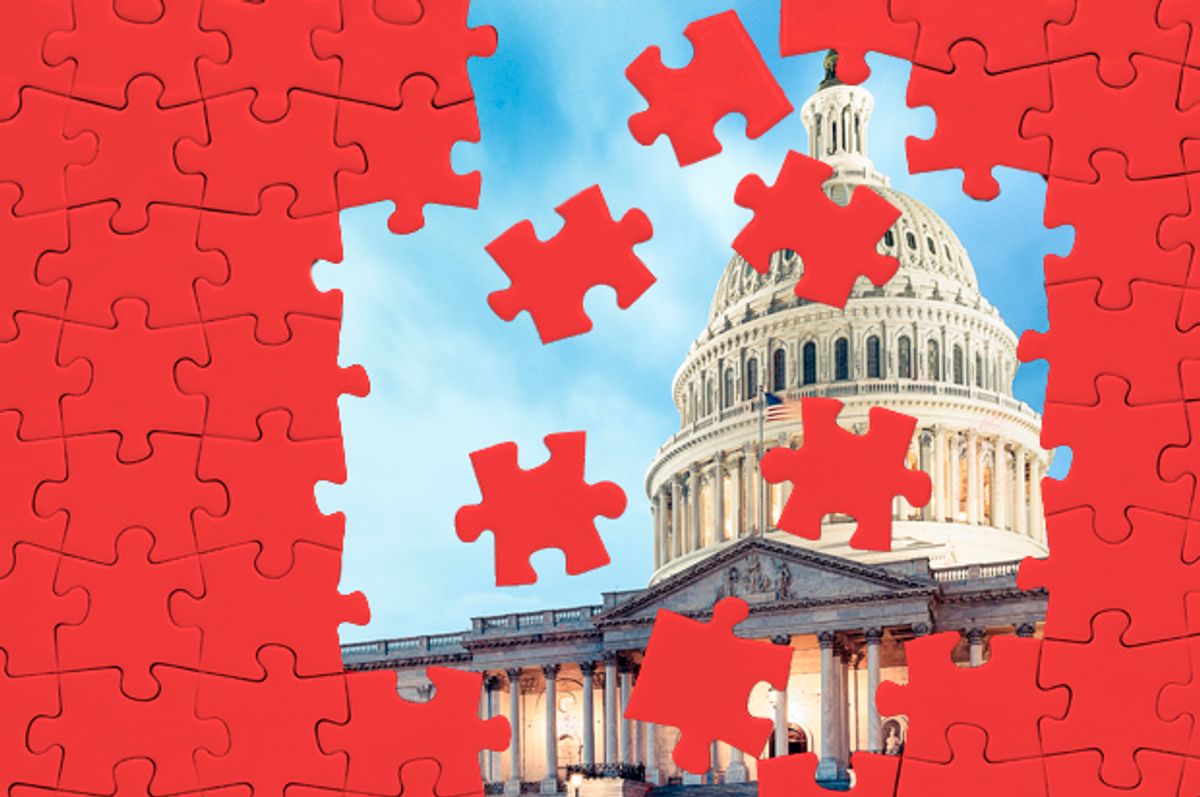 Less than three weeks after the Pennsylvania Supreme Court struck down that state's congressional districts as unconstitutionally gerrymandered, the Republican legislature in that state has submitted a new map — one that is also heavily gerrymandered.

The new Pennsylvania map was designed so that, based on the results of the 2016 presidential election, Donald Trump would beat Hillary Clinton in 12 of the state's 18 congressional districts — the exact same number that he won during the election, according to The Washington Post. But Trump only won the state by a single percentage point.

The GOP's new map would do nothing to remedy the inherently undemocratic nature of how Pennsylvania is currently represented in Congress. Even though Democratic congressional candidates have usually received roughly 50 percent of Pennsylvania votes in House elections, they currently only control five of the congressional seats.

"It was probably constructed in mind to keep as many Republican seats as possible," Matthew Munsey, Chairman of the Northampton County Democratic Party in Pennsylvania, told Salon, while admitting that the new map was "a lot prettier in general."

"There's been a number of analyses and there's still, you can still see some weird shapes in several places. It's not as compact as it could and should be in certain areas, and people who've done a political analysis, a partisan analysis, have shown that it does not significantly change the balance of districts," he added.

Brian Amos, a redistricting expert at the University of Florida, echoed those observations.

"Compared to the previous decade's plan, it was an improvement in measures like compactness and respecting county and municipal boundaries," Amos told the Post. "But there was still a strong Republican bias, which is why the congressional and State Senate plans were struck down for being gerrymanders."

The controversy over Pennsylvania's congressional districts is part of a larger debate involving how the Republican Party has effectively gerrymandered America out of its own democracy. After the 2010 midterm elections, Republicans proceeded to so thoroughly gerrymander congressional districts in their favor that they could hold on to the House of Representatives even in elections like 2012, when their candidates received 1.4 million fewer total votes.