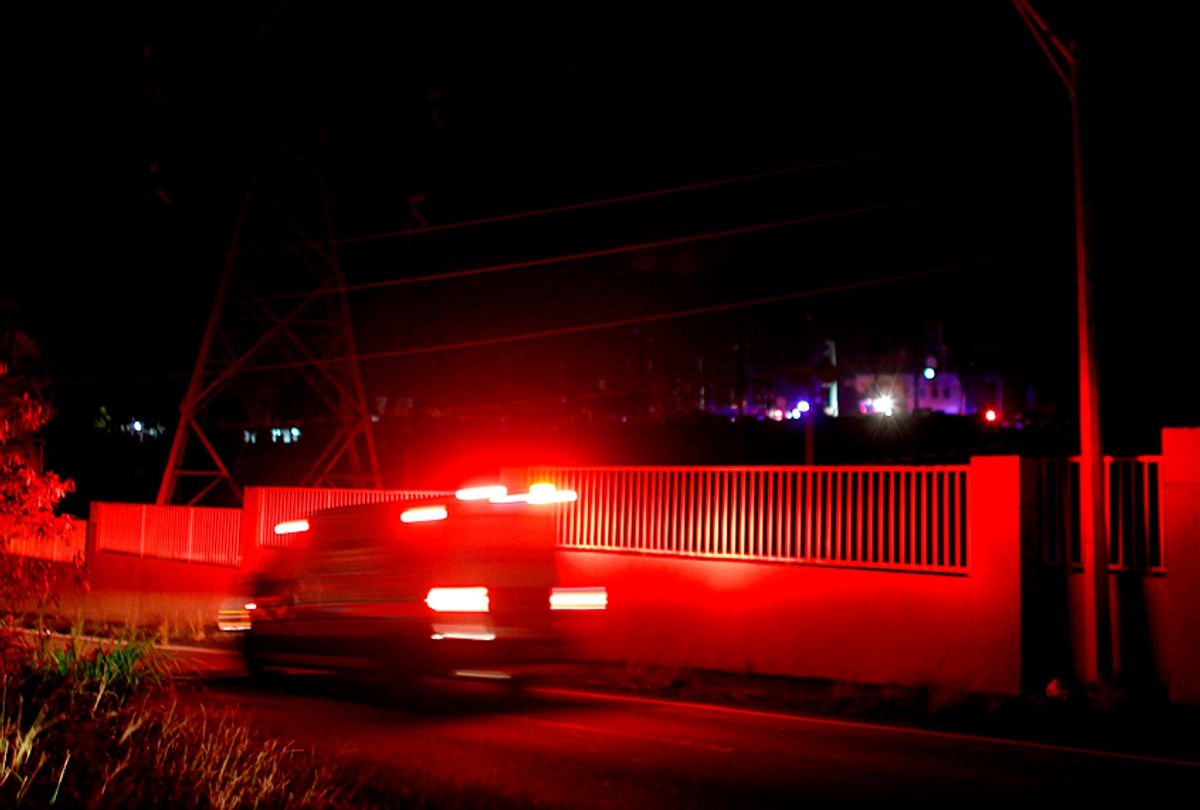 Ambulances are seen at an electric substation after an explosion and fire was reported and caused a black out in parts of San Juan, February 11, 2018. (Getty/Ricardo Arduengo)
--

An explosion at a power plant in Puerto Rico on Sunday is serving as a stark reminder of the ongoing suffering besetting the American territory.

A mechanical failure caused an explosion and fire at the Monacillos power plant in San Juan and has impacted a large part of northern Puerto Rico, according to CBS News. According to the Electric Power Authority, a number of municipalities have been left without power, although they hope to restore that power within the next day or so. They also estimated that roughly 400 megawatts of generation were lost due to the damage at their power plant. No injuries have been reported.

One of the municipalities that has been partially impacted by the unexpected power outage is Puerto Rico's capital city, San Juan.

The timing of the Monacillos power plant damage has been particularly unfortunate for Puerto Rico, as more than 400,000 of its inhabitants remain without power in the aftermath of Hurricane Maria, despite being power customers. Puerto Rico has since then announced that it intends to privatize its state-owned power company as a way of addressing its outdated infrastructure. Puerto Rico's government has also asked a judge to authorize a $1.3 billion loan so that the power company can continue its operations despite the projected $1.2 billion loss in the first six months after the island was devastated by hurricanes.

Despite its ongoing problems, Puerto Rico was informed last month that the Federal Emergency Management Agency was not going to provide them with anticipated federal community disaster loans because they believed the territory could financially address its needs on its own.