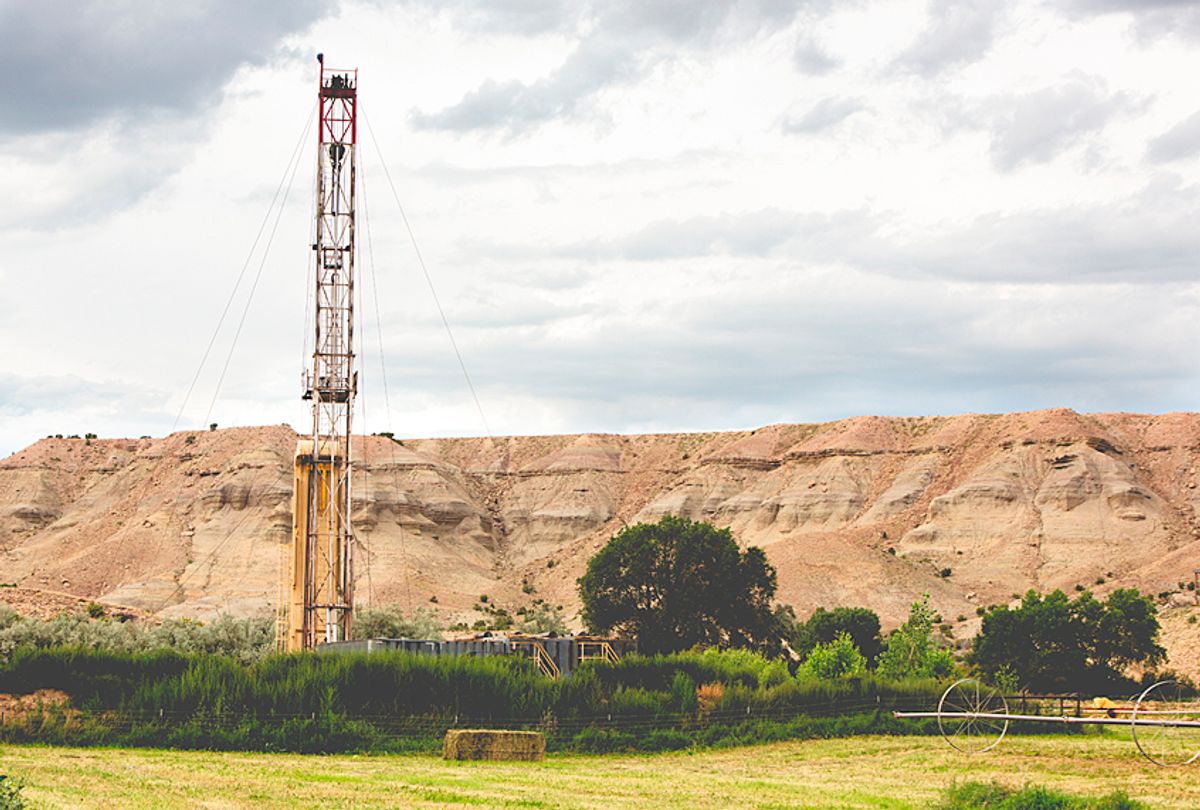 A West Virginia woman was removed from the state's House of Delegates on Friday during a public hearing about a bill that would allow oil and gas drilling on private land without the full consent of owners, after she read aloud the names of politicians who have taken donations from the fossil fuel industry.

"I have to keep this short because the public only gets a minute and 45 seconds while lobbyists can throw a gala at the Marriott with whiskey and wine and talk for hours to the delegates," Lissa Lucas said in her prepared remarks.

Lucas, who is also running as a Democrat for West Virginia's seventh district, objected to H.B. 4268, which would allow oil and gas production on private land with consent from only 75 percent of the landowners. Under the current law, 100 percent of landowners must provide consent in order for any drilling to take place, according to the Huffington Post.

"The people who are going to be speaking in favor of this bill are all going to be paid by the industry," she said.

Lucas then read aloud donations taken by the politicians on the House Judiciary Committee, including chairman John Shott.

"Miss Lucas, we ask that no personal comments be made," Shott told her.

"This is not a personal comment," Lucas shot back.

"It is a personal comment, and I am going to call you out of order if you are talking about individuals on the committee," Shott said. "If you would, just address the bill. If not, I would ask you to just step down."

But Lucas was removed by two men after she continued. She attempted to resist, but after insisting she leave, she told them, "Drag me out, then."

"Allow me to point out that if Delegates genuinely think that my talking about who their campaign donors are—and how much they’re receiving from corporate lobbyists/corporate PACs — is an ad hominem attack . . . then they should be refusing those donations," Lucas posted on her blog afterwards. "Yeah, refuse any donation that, if someone mentions it, makes you feel personally attacked."

She continued, "Because that’s not an attack. That’s guilt. And you SHOULD be feeling that. Let that guilt about who you’re really working for inform your votes; don’t let the corporate money do it."

The oil and gas industry has long had a firm grasp on politicians in the form of donations and lobbying throughout the entire country, and under President Donald Trump, perhaps they are more emboldened than ever.