Retiring Republican Rep. Trey Gowdy wants answers on Porter in two weeks: "How in the hell was he still employed?" 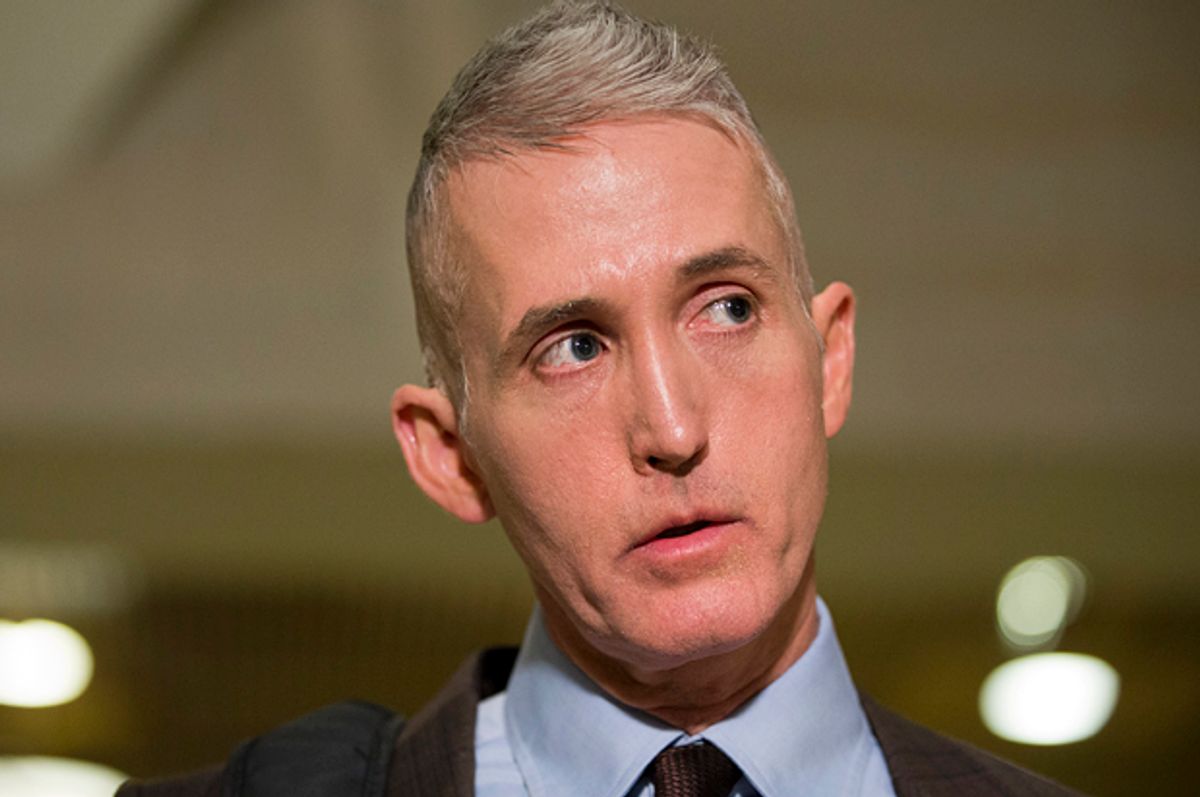 Rob Porter’s resignation has raised so many questions about the quality of hires in the White House, and the ambiguous “interim security clearance” that the top aide was operating under that even House Republicans opened an investigation into the Trump administration on Wednesday.

"I'm troubled by almost every aspect of this," House Oversight and Government Reform Committee Chairman Trey Gowdy, R-S.C., said on CNN on Wednesday morning. "How in the hell was he still employed?"

It was the "interim security clearance" that likely allowed Porter to snag his job in the first place, despite having had an emergency protective order filed against him by his second ex-wife in 2010. According to the House Oversight Committee, after  FBI Director Chris Wray testified before a Senate committee on Tuesday and revealed that the FBI may have been in the dark about the security waiver that granted Porter access to the White House, more questions must be answered by the White House.

“The Committee seeks information regarding the policies and processes regarding interim security clearances within the Executive Branch,” the GOP-led committee tweeted.

The House Oversight Committee is specifically requesting information on policies, practices, and procedures regarding the issuance of interim security clearances for White House personnel. The Committee is also requesting a timeline on when “any White House employee became away of potential derogatory or disqualifying information on Porter,” in addition to his security adjudication dates for both his interim and final clearances.

In a separate letter addressed to Wray on Wednesday, six Democratic senators expressed concern about which White House officials have an interim security clearance, and what classified information they can access.

“Credible recent reports indicate that 30-40 White House staff currently have full access to highly classified information with only interim security clearances,”  the letters states. “This practice seems to conflict with testimony from the Director of National Intelligence Dan Coats, who confirmed to Congress yesterday that temporary or interim security clearances should provide staff with only limited access to sensitive and classified information.”

Specifically, the letter questions Jared Kushner and his role as a senior advisor to Donald Trump and asks about his security clearance.

Amid this interrogation, a couple White House staffers have reportedly resigned due to security clearance issues. According to a Politico report, George David Banks—a special assistant to the president for international energy and environmental policy (who has been in the position since February 2017)—was told on Tuesday that his application for permanent clearance was denied. In return, he resigned. Following the news of Porter last week, David Sorensen, a speechwriter, resigned after domestic abuse allegations surfaced.

While it looks like the White House is cracking down on the issue, the bigger question is what are these clearances and under which circumstances can they be legally granted?