This again? South Carolina lawmakers are trying to fine people whose pants sag, in a move that feels very 2007 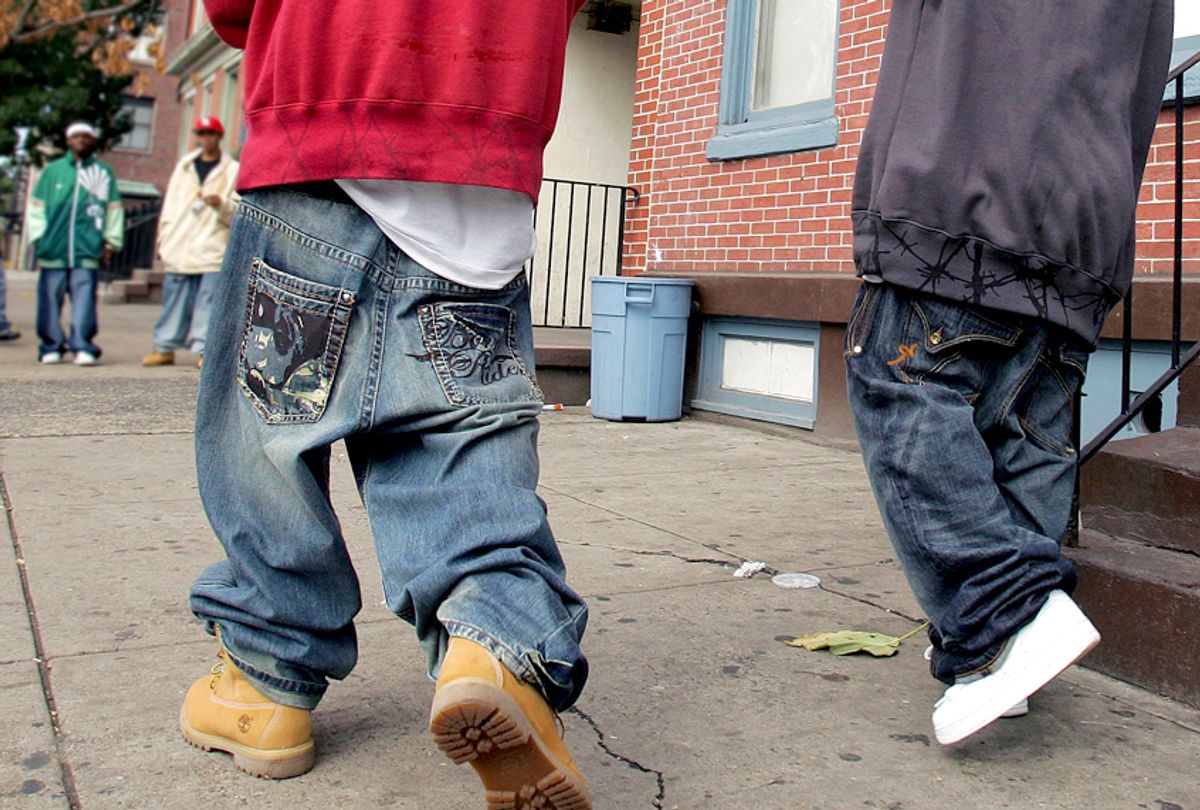 If you are in South Carolina and your pants dip too far below your waistline, you may soon be guilty of more than just a fashion crime.

In an unusual show of bipartisan agreement, two Midland Democrats and one Republican have sponsored proposed baggy pants ban House Bill 4957, with five Democrats and two Republicans co-sponsoring. As local news affiliate WTLX observed this week, "Violation fines equal just enough to buy that much needed belt" — "$25 for a first offense; $50 or three hours of community service for a second offense; and $75 or six hours of community service for a third or subsequent offense."

The suggested new stipulations are mathematically precise. It would be unlawful for a person to wear pants "more than three inches below the crest of his ileum exposing his skin or undergarments." For those who are new to the word "ileum," it's the third part of the small intestine. So just figure out where your intestine ends and try to keep your jeans above that area, and you shouldn't have to do any community service.

There's already precedent for the proposal in South Carolina — two years ago the town of Timmonsville issued an ordinance against engaging in public nudity, displaying pornography or "the flesh of one's rear-end" and wearing saggy pants.

Other states, including Louisiana and Mississippi, have attempted similar moves with varying degrees of success. In 2014, an Ocala, Florida pants ban was repealed after accusations of racial profiling. Yet one local schoolteacher at the time lamented, "It’s deplorable; it’s despicable; nobody wants to see anyone’s behind." Back in 2007, as debates over sagging laws happened in many communities, the ACLU of Georgia told the New York Times, "I don’t see any way that something constitutional could be crafted when the intention is to single out and label one style of dress that originated with the black youth culture, as an unacceptable form of expression.”

It's more often women's bodies that are scrutinized and regulated than men's, but attire being strictly controlled seems an insane and unenforceable notion for anybody. If, however, any ambitious lawmaker has some ideas on how regulate ironic trucker hats or romphims for the greater public good, what sartorially minded citizen would want to stand in its way?