The company has given its unions an ultimatum: accept their latest contract, or forfeit employee bonuses 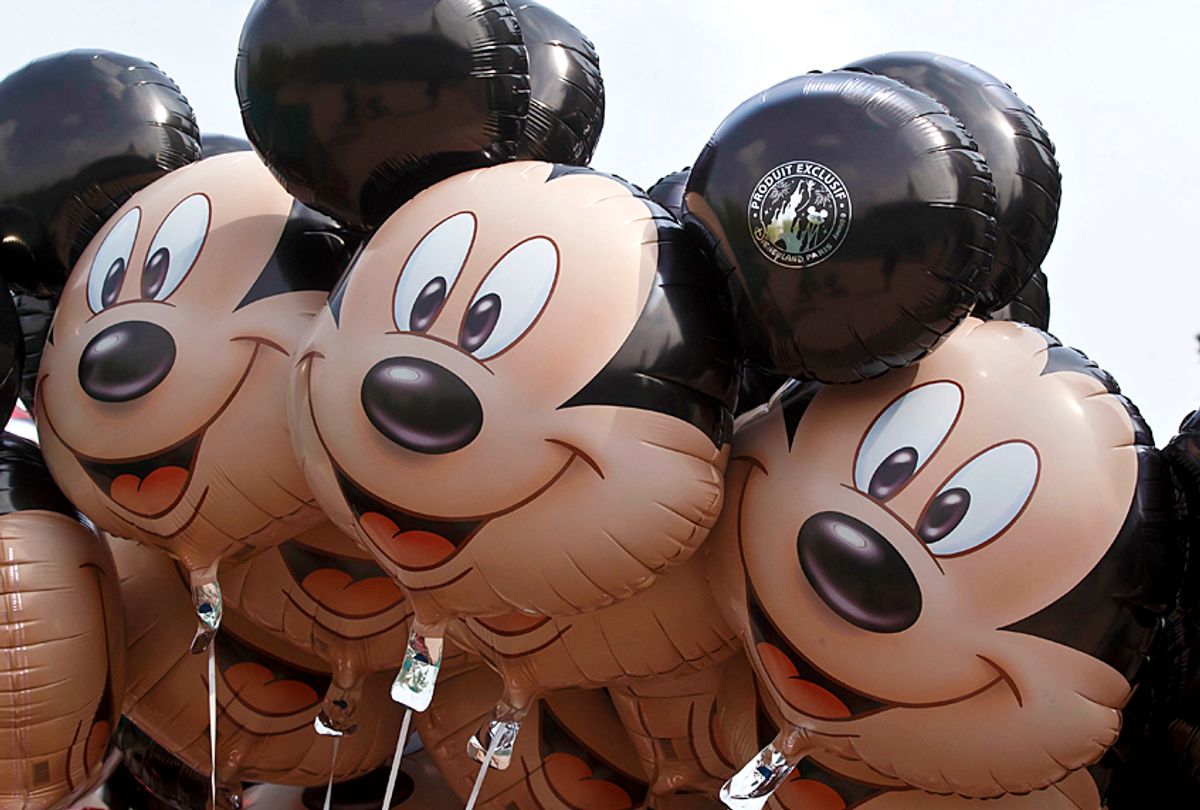 Remember last month when Walt Disney Co. announced it would give a $1,000 annual bonus to 125,000 of its employees? There's an important caveat the corporation conveniently left out: the bonus is being used as leverage to settle negotiations with a union that represents low-wage workers.

Unite Here Local 11, which represents 2,700 housekeepers and low-wage employees at Disneyland Resort, filed a National Labor Relations Act complaint on Tuesday, The Orange County Register reported. The union alleged Disney is withholding the bonus as a threat against its unionized workers.

"Disney is holding our bonus hostage," Ada Briceño, the co-president of Local 11 said. "They just increased their park prices, but the 40-cent raise they are offering to most of our workers is not going to put food on the table or allow our members to live in a dignified way."

In the complaint, the union alleged that Disney "has violated its duty to bargain in good faith, and has engaged in conduct that is inherently destructive to rights guaranteed employees under the [National Labor Relations] Act." Simply put, Disney won't provide the aforementioned bonus to employees unless the union agrees to the last contract the company offered — no exceptions.

Disney stated the employee bonus was the result of President Donald Trump's recently signed tax plan, which he has touted as a gift to working-class Americans.

The corporation has defended its tactics and believe it has negotiated fairly. Notably, Disney has a reported $1.6 billion tax relief, and a history of tax battles.

"Because we are in an open contract with Local 11 and wages and bonuses are terms and conditions of employment, the bonus is part of our negotiation process," Disney spokeswoman Suzi Brown told the Register. "We have a strong offer on the table that includes wage increases averaging 3 percent annually over three years and a $15 hourly rate for certain job classifications, such as housekeeping and specialty culinary."

The news arrives in tandem with new reports that suggest that the Republican's much-ballyhooed tax plan is not resonating with most Americans, especially those with lower incomes. Meanwhile, Trump has continued to praise the plan and corporations that have pledged to offer employees $1,000 bonuses — though he's remained silent as some of those same companies enacted mass layoffs.