The investigation will be led by Shulkin's new chief of staff Peter O’Rourke, according to the report 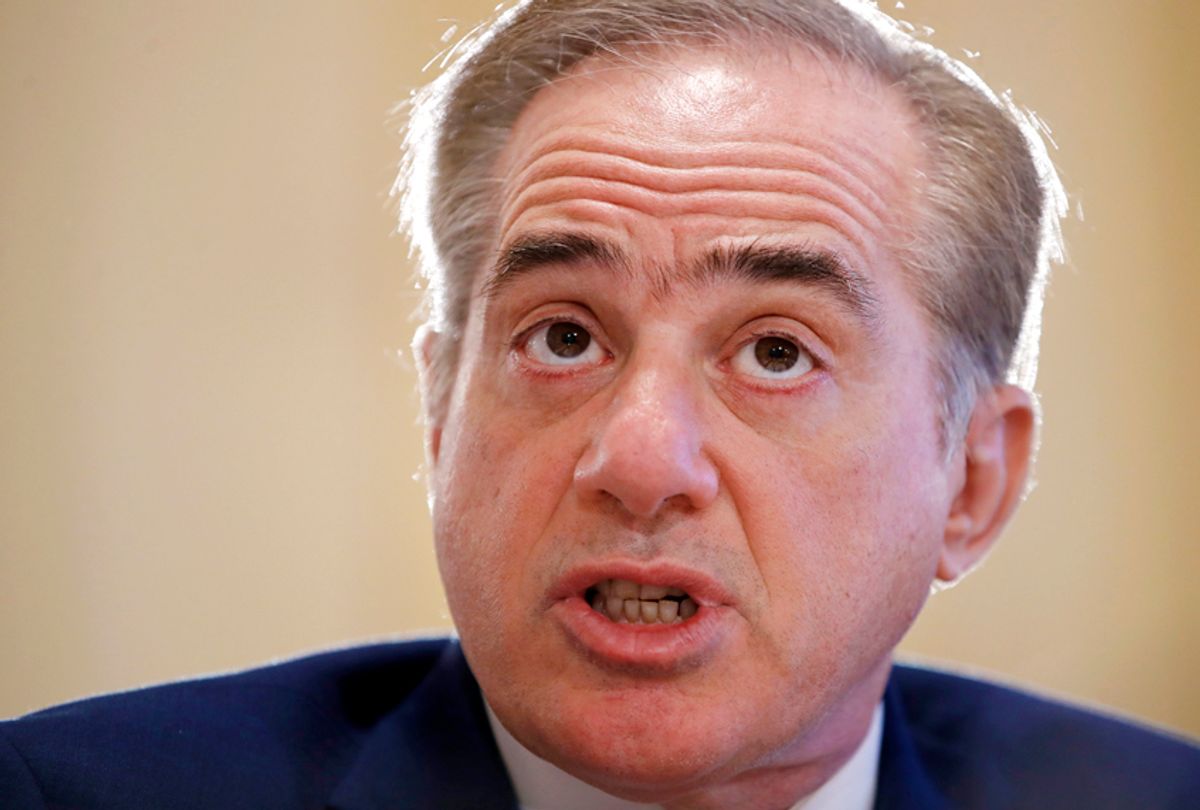 Veterans Affairs Secretary David Shulkin has reportedly received a stamp of approval from the White House to dismiss employees who may be associated with an “internal rebellion,” Politico reports. The dirty work of firing dissenters — which the agency is calling a “subversion” investigation — will be helmed by Shulkin’s new chief of staff Peter O’Rourke.

Shulkin told Politico that O’Rourke is meeting with staffers “individually and as a group to determine, now that there is a clear direction where we are going, where people are going to stand.”

"Those who crossed the line in the past are going to have to be accountable for those decisions,” Shulkin told Politico.

The Veterans Affairs office named O’Rourke as the new chief of staff on Friday. He replaced Vivieca Wright Simpson, following an Inspector General (IG) report that accused Simpson of altering an email so that Shulkin's wife, Merle Bari, could legitimately accompany Shulkin on a trip to Europe last summer — and be reimbursed by the government for it. The alleged fabrication happened in an email exchange between a program specialist and Simpson, and was crafted to intimate that Shulkin was going to receive an award in Denmark, which was untrue. Simpson allegedly lied because receiving an award in Denmark would have made Shulkin's wife eligible to join Shulkin's trip on the government's dime.

“The OIG [Office of the Inspector General] found that in order to obtain a favorable decision, Ms. Wright Simpson falsely represented to [Designated Agency Ethics Official Tammy] Kennedy that Secretary Shulkin would receive an award while in Denmark, which Ms. Wright Simpson understood to be the criterion that would justify Dr. Bari’s travel at VA expense,” the Inspector General's report explains.

Shulkin told Politico that, amid the backlash, the White House has told him to stay "focused on the president’s agenda," and the day-to-day agency operations.

“The White House has been clear they want me focused on the president’s agenda, and to do that I have to have the authority to be able to run the organization,” Shulkin told Politico. “There’s never been any deviation from that.”

On the chopping block could be Press Secretary Curt Cashour, according to Politico, which claims Cashour has “openly defied” Shulkin’s orders, and has removed statements posted by Shulkin on the VA website.

The Inspector General's report also incited Shulkin’s conservative critics outside of the VA office to question his position and moral authority — including Colorado Republican Mike Coffman.

"He's really part of the culture of corruption that too often defines this organization. I just don't think that he has the moral authority to clean it up," Coffman said in a statement.

Following the news of Simpson's departure, Coffman continued to call for Shulkin's resignation.

Shulkin told Politico he didn’t understand the rebellion and framed it as a “classic power struggle.”

There is little insight into the dismissal process at this time, but Shulkin told Politico he anticipated firings. “I don’t think everybody’s going to remain at the VA,” he said.