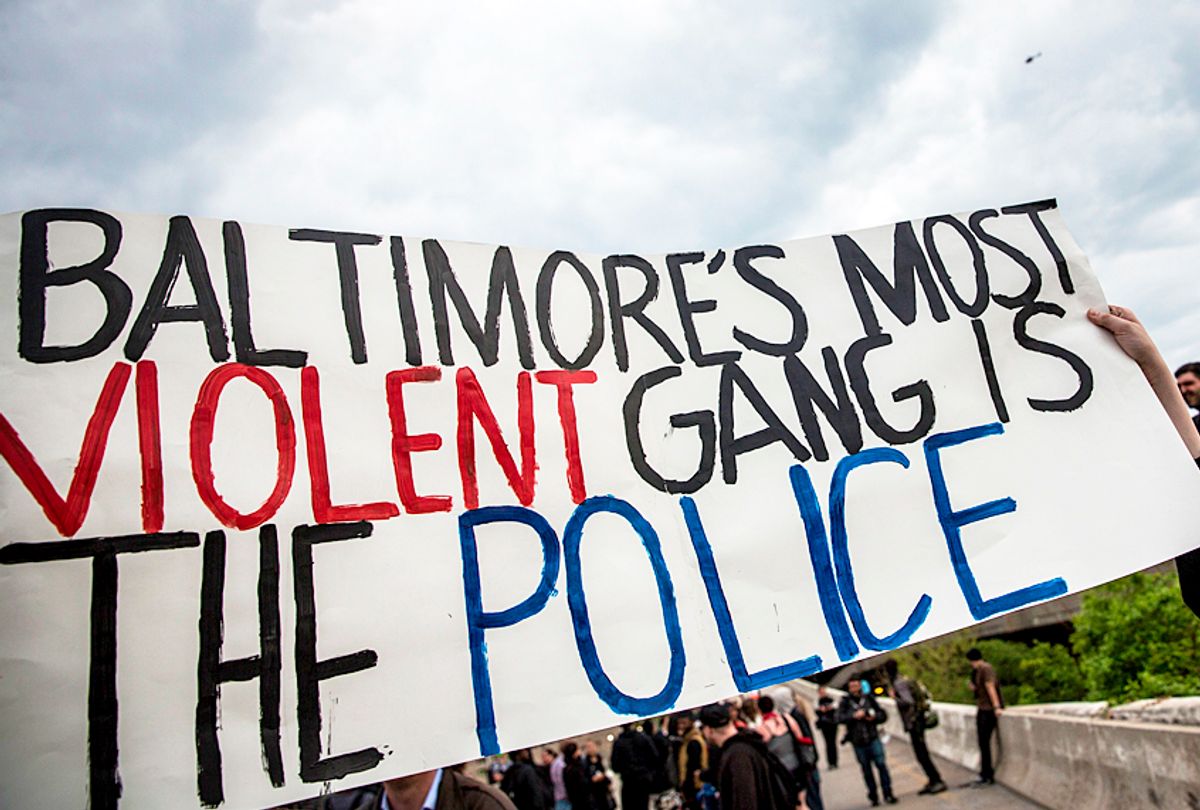 Last week, people all over celebrated the $38 million-dollar verdict won by the family of Korryn Gaines against the Baltimore County Police Department.

Gaines, 23, was shot and killed in her home on August 1, 2016, after a six-hour standoff with police. Her 5-year-old son Kodi, who survived, was also hit in the face and elbow. A viral video of the standoff was broadcast on Gaines' Instagram and Facebook Live. The police did not file charges against the officers. A jury of six women in a civil suit, however, found that the initial shots from the police officers were unreasonable, thereby violating her and her son's civil rights.

The family’s attorneys could be seen cheering as they exited the courtroom. And for good reason — the huge settlement should send a strong message to police departments everywhere. Part of me is happy for the attorneys and the Gaines family; however, I’m sad at the same time.

Her son will receive the bulk of that money, which will secure him financial freedom while also making him a target. No one around him will ever treat him the same because of the money. I know I’d easily choose to have my fallen loved ones back over any dollar amount. Most of us would.

Of course, the cop who shot Gaines and Kodi still has his job. So what, if anything, did he or any other police officers learn from this situation?

J.Wyndal Gordon, attorney for the Gaines family, released an account of how he and the team of lawyers he worked with won the case:

$37M+ for the Wrongful Death and civil rights action brought by Korryn Gaines and her family. Gaines was shot in the back by BaCo Officer, Royce Ruby, as he aimed at an area through the wall where he believed the back of her head would be —from behind a brick wall in an adjacent apartment. Gaines was in the kitchen fixing her son a peanut butter & jelly sandwich at the time Ruby fired his first shot.

Gaines’ son was shot in the face by the same bullet that entered Gaines’ back pierced her lungs bilaterally, traveled through her spine, then exited her body, ricocheting off of the refrigerator, and ultimately striking and embedding in her son’s face. How in the heck could she have the strength to rack and fire a shotgun twice after such devastating, immobilizing, disabling, and paralyzing injuries?

The jury deliberated for three weeks, surveying piles of evidence­­, and ultimately deciding that Ruby was wrong to open fire, and yet he wasn’t charged by his own department with any criminal offense. He is free, and was allowed to keep his job. Not only did Ruby retain employment, he was promoted to the rank of corporal while the investigation was pending, according to Kenneth Ravenell, another Gaines family attorney.

I’m not a cop, but promoting someone who is under an investigation that could warrant criminal charges seems extremely unethical. I’m not a lawyer, but a jury awarding millions of dollars to a family because the story of the so-called-innocent-killer-cop was inconsistent and/or false while the same killer-cop gets to keep his job seems extremely hypocritical.

And to make matters worse, the Gaines family may not even receive all — or even any — of the money they were awarded. Last week the Baltimore Sun reported that the Gaines win was one of the highest in the state’s history; however, the state government has a history of lowering amounts on appeal, and then working religiously to get out of paying anything at all. The Sun article references multiple cases where victims were awarded damages and the city found legal reasons for not paying, like officers not "acting within the scope of his employment" or claiming to not be responsible because the officer “acted with malice.”

Dealing with the system as it stands is virtually impossible. You can lose even when you think you've won. I hope the family gets what they were promised — what they deserve — because Korryn’s killer definitely will not.