David Hogg has been falsely accused of being a "crisis actor" and part of an FBI plot, including by Alex Jones 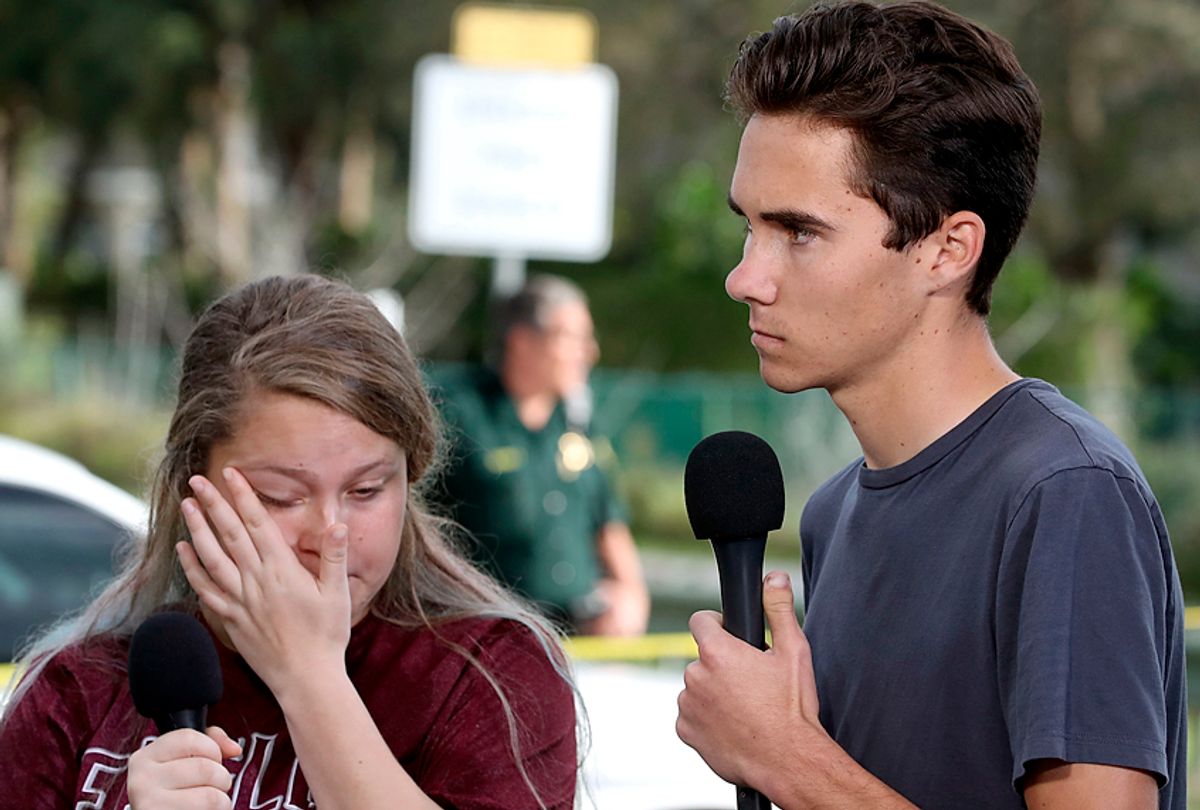 Right-wing opponents of gun control, not satisfied with merely thwarting popular gun regulations through the NRA, have taken to lying about a survivor of the Parkland school shooting who has come forward to support firearm regulation.

David Hogg, a 17-year-old student at Marjory Stoneman Douglas High School, has been accused of being a "crisis actor" rather than a legitimate victim and of being part of an FBI conspiracy to increase regulations on guns, according to The Washington Post. Conservative conspiracy theorists from YouTube to Reddit have been concocting increasingly elaborate arguments to discredit Hogg, as a result of his outspoken advocacy for stricter gun control laws.

Donald Trump Jr., the president's son, even liked a tweet promoting a conspiracy theory about Hogg.

The underlying assumption, which has been made after a number of high profile mass shootings, is that the events are actually "false flag" operations intended to provide the government with leeway to confiscate people's guns. One reason Hogg has been singled out is that his father, Kevin Hogg, used to work as an FBI agent at airports in Los Angeles and Florida. Although he retired from the FBI in October 2016 after being diagnosed with early-onset Parkinson's disease — and his work wouldn't have put him in a position to organize the kind of "false flag" operation that right-wingers are yammering about anyway — the FBI connection has been enough to fuel the fires of conspiracy theorizing.

Naturally, Alex Jones has been quite active in this.

"What we do know is there's a cover-up going on," the Infowars host proclaimed Wednesday. "They are pulling videos of this young man, a David Hogg, whose father is an FBI agent, whose mother is a big Democrat and big anti-gun person, who is an anti-gun activist and has been in a bunch of anti-gun videos and reports already. They are pulling these videos everywhere and pulling videos, off Facebook, Instagram, you name it, from their own sites of him in some type of CNN visit, internship, VIP thing. Then they're pulling photos of them in the drama department with the other three students."

Jones added, "So, A, there's a cover-up going on. B, when you pull back from this, they are demonizing anyone that even asks questions. Well when you're a young person, and a survivor, and I believe the mass shooting happened, and when you end up being a spokesperson in the adult life and you're a senior in high school and you're articulate, you're in a man's world."

Hogg's response to the onslaught of right-wing hatred — which have included online death threats — has been to respect his opponents' constitutional rights while standing his ground.

"It’s annoying. I hate it. But it’s part of American democracy. Am I an actor? No. Am I a witness? Yes," Hogg told the Post.