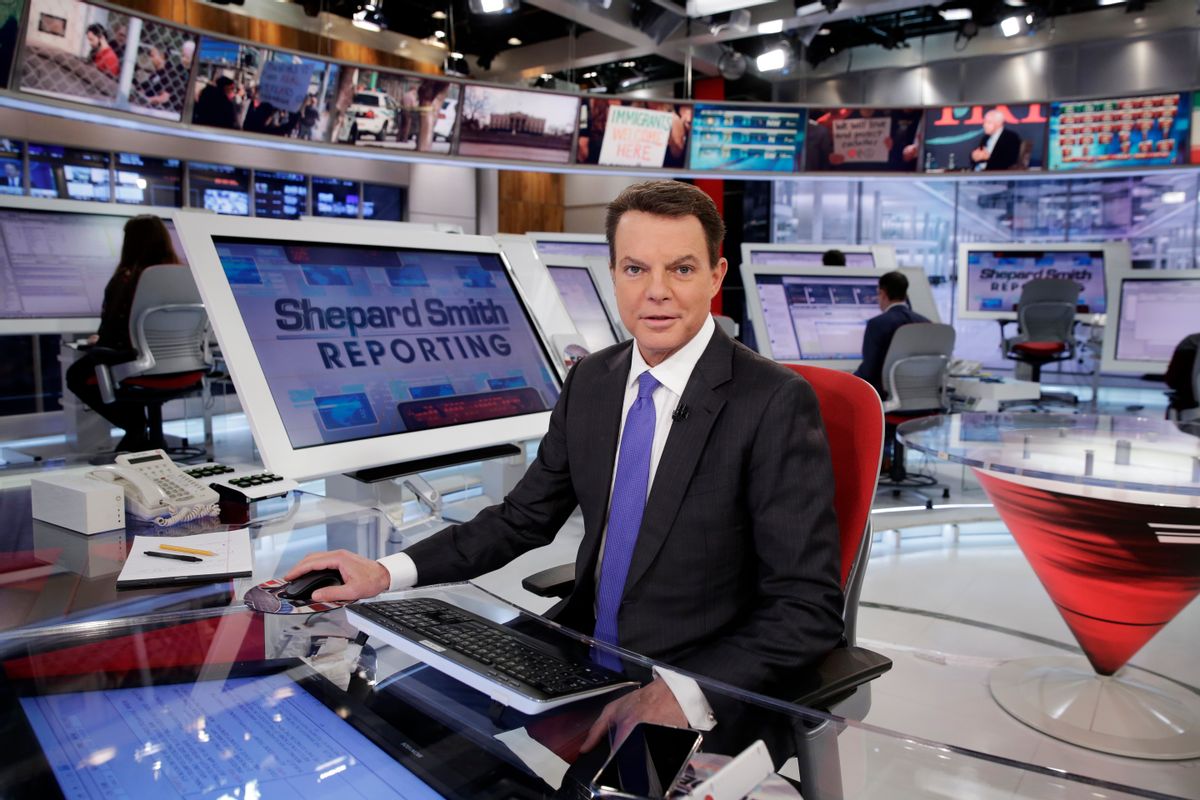 President Donald Trump's son-in-law Jared Kushner has seemingly benefited from a double-standard when it comes to the number of errors he has made on his security clearance questionnaire. And it looks like Fox News host Shepard Smith may be the only anchor on the pro-Trump network that's taking this potential ethical dilemma seriously.

"There's a Kushner problem at the White House," Smith announced Wednesday. And, again the next day, he continued to raise red flags to Fox News viewers.

"Jared Kushner submitted his application – his 'SF-86' as they call it – and did not include 100 contacts with foreigners, and then later had to go back and include them. But then later he did not include the meeting at Trump Tower with the Russian lawyer and the Russian translator. He didn't include that. So that was another amendment to this thing," Smith told his viewers on Thursday. "And that took this past June."

Smith also asked his guest, Alayna Treene of Axios, about her thoughts on the ostensibly lax approach being applied to Kushner.

"An omission for most people, when you fill out as 'SF-86,' can be a crime punishable by prison. Not in this case, apparently, but it can be, right?" Smith asked Treene.

"Right. No, exactly. I think that what happened here was there's a lot that had to be revised, sent back," Treene told Smith.

As of October, Kushner had been forced to submit four addenda containing more than 100 omissions and errors on his security clearance questionnaire, according to CNN. When Rep. Raja Krishnamoorthi, D-Ill., brought this matter to the attention of Charles Phalen that month, the director of the National Background Investigations Bureau within the Office of Personnel Management, he asked whether it was normal for someone to maintain their security clearance after so many errors had been found.

While Phalen could not speak to all security clearance applications, he conceded that he had "never seen that level of mistakes" himself.

Although Kushner is operating with an interim security clearance, he has not been able to secure a full top-level security clearance, in part due to the ongoing probe lead by Special Counsel Robert Mueller, according to CNN. As part of his investigation, Mueller is reviewing Kushner's alleged contacts — financial or otherwise — with Russians and other foreigners, and it is unlikely he would be cleared during that time. What's more, in the wake of the Rob Porter scandal, Chief of Staff John F. Kelly has decided to remove access to high level documents for anyone who only has interim security clearance, according to The New York Times.