Under Trump, America is declaring itself as no longer "a nation of immigrants" 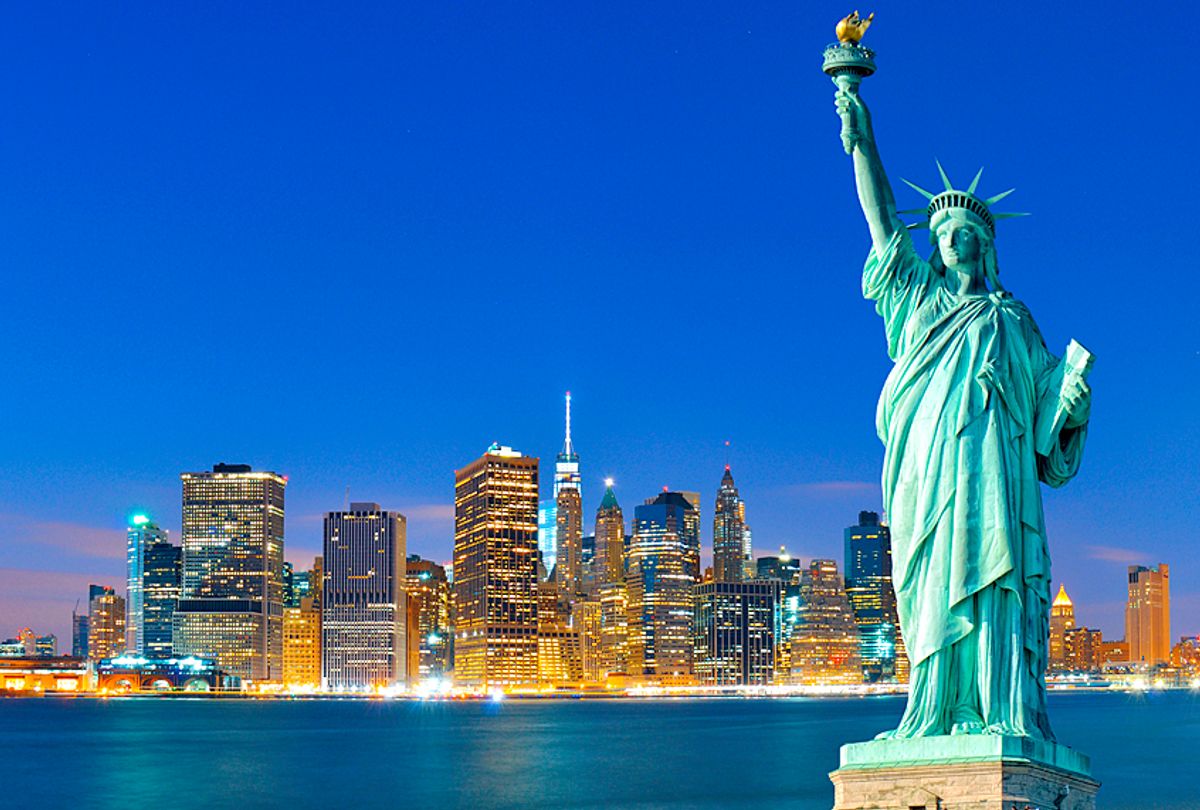 President Donald Trump's anti-immigrant sentiments have apparently trickled down to the U.S. Citizenship and Immigration Services, where the phrase "a nation of immigrants" has been taken out of its mission statement.

The revised mission statement was circulated through an internal memo and became effective immediately, according to The Washington Post. This was the previous mission statement, with the most noteworthy soon-to-be-revised sections italicized:

USCIS secures America’s promise as a nation of immigrants by providing accurate and useful information to our customers, granting immigration and citizenship benefits, promoting an awareness and understanding of citizenship, and ensuring the integrity of our immigration system.

This is the new mission statement:

U.S. Citizenship and Immigration Services administers the nation’s lawful immigration system, safeguarding its integrity and promise by efficiently and fairly adjudicating requests for immigration benefits while protecting Americans, securing the homeland, and honoring our values.

Although agency director L. Francis Cissna did not offer an explanation as to why "a nation of immigrants" was taken out of the statement, he did explain why the word "customers" had been replaced.

"Use of the term leads to the erroneous belief that applicants and petitioners, rather than the American people, are whom we ultimately serve. All applicants and petitioners should, of course, always be treated with the greatest respect and courtesy, but we can’t forget that we serve the American people," Cissna wrote in a letter to USCIS employees.

Trump's administration has defined itself by its opposition to immigration. In addition to the president promising a US-Mexico border wall that would curb illegal immigration, the president has also vowed to limit legal immigration to the United States as well. Much of this has been racially motivated, with the president's anti-immigrant comments frequently targeting individuals from countries like Mexico, Haiti and Nigeria. He also slurred Haiti and nations of Africa while saying he'd rather have predominantly white people from Norway.

Trump has also surrounded himself with advisers who share his hardline anti-immigrant ideology. Senior policy adviser Stephen Miller, who has pushed the president to the right on that issue at times when it has seemed like he would be open to compromise, made a name for himself in Washington when he worked as an aide to then-Sen. Jeff Sessions, R-Ala., and helped sabotage an immigration reform compromise in 2013, according to The Washington Post.