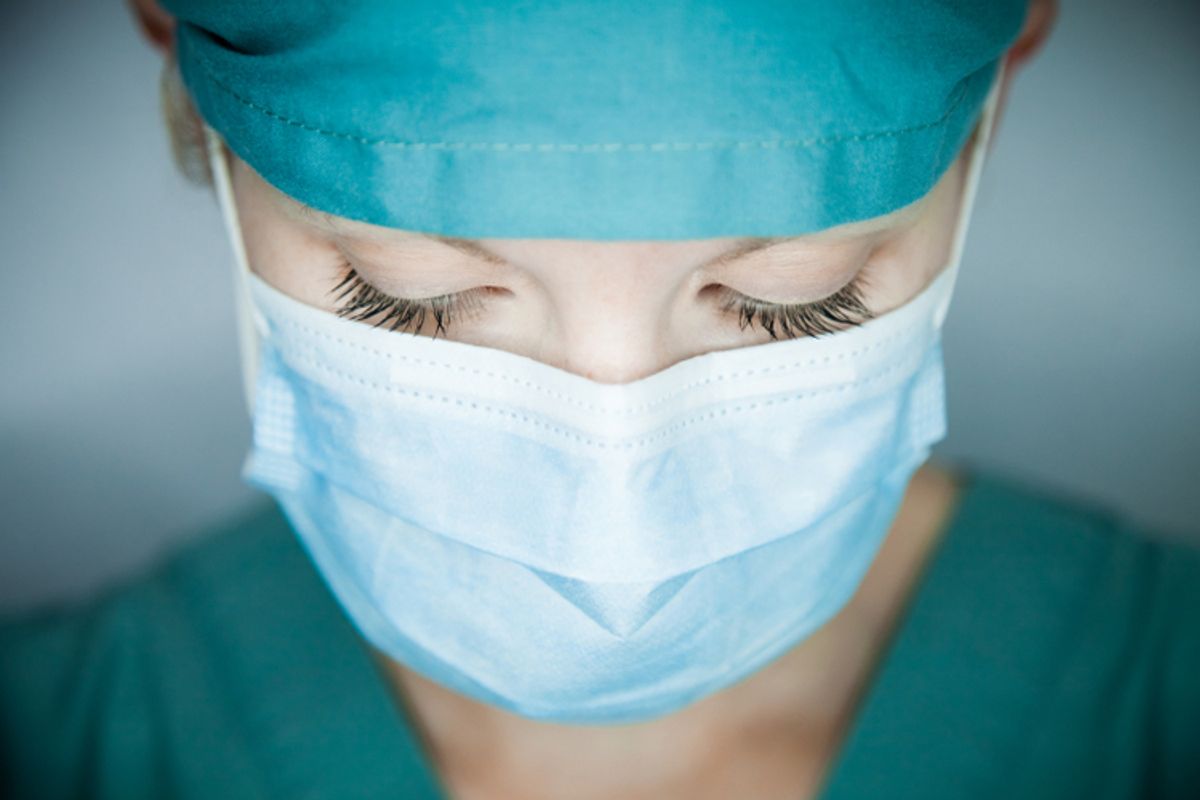 Lauren Bond, a traveling nurse, has held licenses in five states and Washington, D.C. She maintains a detailed spreadsheet to keep track of license fees, expiration dates and the different courses each state requires.

The 27-year-old got into travel nursing because she wanted to work and live in other states before settling down. She said she wished more states accepted the multistate license, which minimizes the hassles nurses face when they want to practice across state lines.

“It would make things a lot easier — one license for the country and you are good to go,” said Bond, who recently started a job in California, which does not recognize the multistate license.

The license, known as the Nurse Licensure Compact (NLC), was launched in 2000 to address nursing shortages and enable more nurses to practice telehealth. Under the agreement, registered nurses licensed in a participating state can practice in other NLC states without needing a separate license. They must still abide by the laws that govern nursing wherever their patients are located.

About half of the states joined the original compact, which was modeled on the portability of a driver’s license. Some states that declined to sign on cited a major flaw: The agreement didn’t require nurses to undergo federal fingerprint criminal background checks.

Last month, the National Council of State Boards of Nursing launched a new version of the NLC that requires those checks. Twenty-nine states have passed legislation to join the new agreement.

Jim Puente, who oversees the compact for the council, said he expects even more states to sign the agreement now that criminal background checks are required. He noted that nine states have legislation pending to join.

California does not plan to join the new compact, largely because of concern about maintaining state training and quality standards. The state, like many others, already requires nurses to undergo background checks. Washington, Oregon and Nevada are among the other states that do not accept the multistate license.

Proponents of the nurse licensing agreement — both the old and new versions — argue that it helps fill jobs in places where there aren’t enough nurses and enables nurses to respond quickly to natural disasters across state lines.

“The nurse shortage tends to wax and wane regionally, so being able to move nurses where the needs are is really, really important,” said Marcia Faller, chief clinical officer at AMN Healthcare, a San Diego-based medical staffing company that employs Bond. The multistate license “really helps with that mobility … to deliver care to patients across state lines.”

In some states, the multistate nursing license is helpful because it streamlines the process for nurses doing case management or telehealth, said Sandra Evans, executive director of the Idaho Board of Nursing. Getting nurses to work in the rural areas of Idaho is a challenge, and hospitals often rely on telemedicine in places where the closest health care facility might be in Montana, she said.

Before Idaho joined the original NLC in 2001, nurses doing telehealth or case management needed numerous licenses to work across state lines, but now they “can travel virtually — electronically or telephonically — to help their clients,” she said.

Joey Ridenour, executive director of the Arizona State Board of Nursing, said one of the biggest advantages of the compact for her state is that it allows authorities to share information and collaborate with other states to investigate and discipline problem nurses. “We are able to take action faster,” she said.

Opponents of the compact argue that states have different standards, course requirements and guidelines and that nurses licensed in one state may lack the necessary knowledge or experience to practice in another one.

Nurses in California have similar concerns. “We really want to make sure that nurses who are entering our state and taking care of our patients are competent and qualified,” said Catherine Kennedy, a Sacramento-area nurse who is secretary of the California Nurses Association. Some traveling nurses haven’t been, she added.

Kennedy said California does not have difficulty recruiting nurses, even without the compact, because of the state’s relatively high salaries and strict nurse-to-patient ratios in hospitals.

Research has shown that California’s minimum nurse staffing requirements, which were the first in the nation, can reduce workloads and burnout, improve the quality of care and make it easier for hospitals to retain their nurses.

Massachusetts, which has never participated in the nurse licensing compact, requires nurses licensed there to take courses on treating victims of domestic violence and sexual assault, said Judith Pare, director of the division of nurses for the Massachusetts Nurses Association. If the state allowed out-of-state nurses to practice in Massachusetts without getting a license there, they wouldn’t necessarily have that training, she noted.

Bond, the traveling nurse, said additional courses don’t make her more qualified to do her job. “Across the board, wherever you go to nursing school, everybody comes out with a similar experience,” said Bond, who works at UCLA Medical Center in Santa Monica. “Then most of the training you are going to do is on the job.”

Jenn Stormes works as a nurse and formally cares for her 18-year-old son, who has a severe seizure disorder and developmental disabilities. Stormes is licensed in Colorado, which participates in the multistate compact.

She has been able to use that license in some states. But she has also had to get several individual licenses so she can continue serving as her son’s nurse in other states where the family travels for medical care. Stormes estimated she has spent about $2,000 on licenses.

“It took me over a year to get all these licenses,” she said. “I had to prove to every state the same education, the same experience, the same fingerprints. I think it is a duplication of efforts and is a waste of everybody’s time and money.”