To Santorum, the gun debate should be put on hold until the real issue is dealt with: single moms 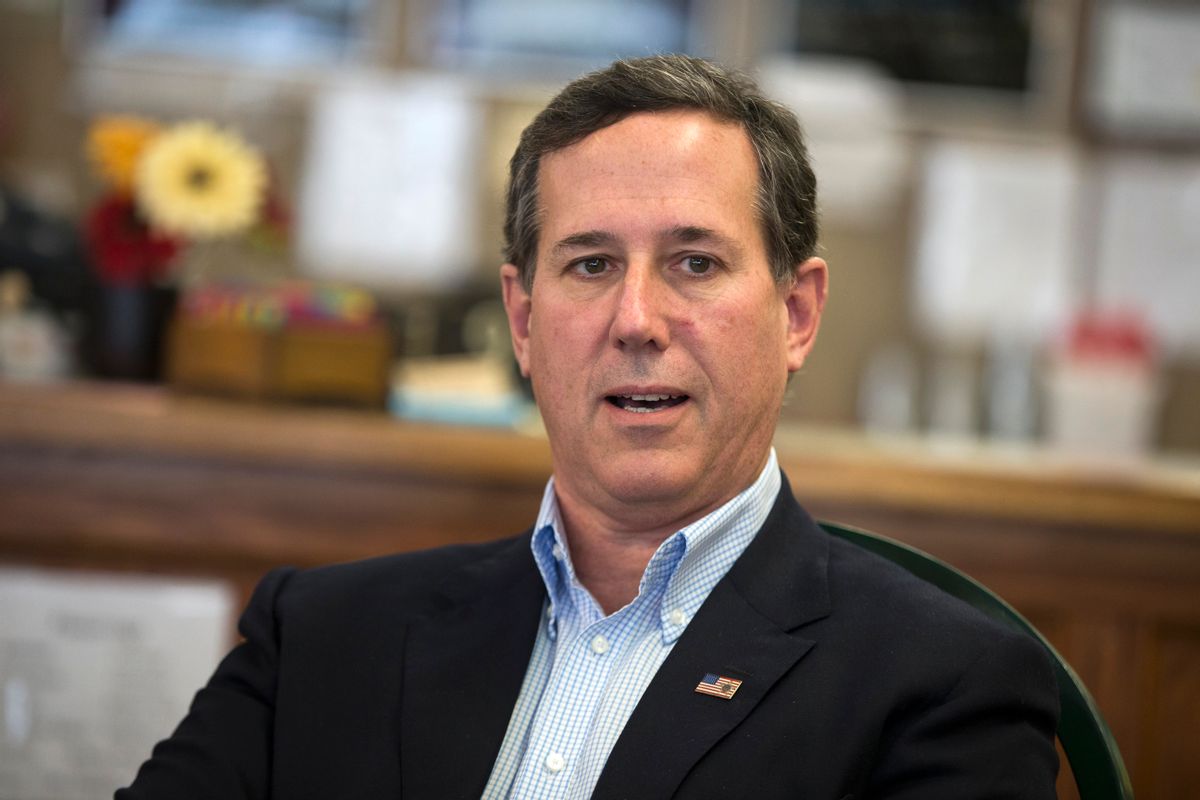 Senior CNN Political Commentator Rick Santorum's response to gun violence is to attack single mothers, this time doing so in his explanation of the type of environments that help to produce mass shooters, which he attributes to "the fact that these kids come from broken homes without dads."

The former Republican senator from Pennsylvania, known for his devout Catholicism, said on Sunday that while there is a gun control "debate that we need to have" there was also "another debate" that must be had, which he said was about future mass shooters growing up without a father figure.

"That is not something we’re talking about and that is the commonality," Santorum said on CNN. "We want to talk about things we can work together on? How about working together to try to see what we can do to get more dads involved in the lives of the kids."

The remarks come in the wake of the Valentine's Day shooting at Marjory Stoneman Douglas High School in Parkland, Florida. The 19-year-old shooter was adopted at young age by a couple in Broward County, according to CNN. The shooter's father died of a heart attack in 2004. While the death of a parent could be a traumatic event in the shooter's life, it's hard to imagine how a widow could take the blame for what her child did as a fully grown adult more than a decade after the fact.

The argument is not a new one for Santorum, as the known figure of the religious right and staunch proponent of traditional marriage has echoed similar sentiments in the past.

"Most people agree a continuation of the current [welfare] system will be the ruination of this country," Santorum said in a 1994 Pennsylvania town hall meeting, according to transcripts obtained by Mother Jones. "We are seeing it. We are seeing the fabric of this country fall apart, and it’s falling apart because of single moms."

That same year he went on to slam the nation's welfare system and argue that single mothers needed a politician who wouldn't be afraid of "kicking them in the butt."

In a 2011 radio interview, Santorum likened the entire Democratic base to having been made up completely of single mothers.

"Look at the political base of the Democratic Party: It is single mothers who run a household," he said, according to the Huffington Post. "Why? Because it’s so tough economically that they look to the government for help and therefore they’re going to vote. So if you want to reduce the Democratic advantage, what you want to do is build two parent families, you eliminate that desire for government."

Santorum's focus on single mothers also undermines a legitimate argument about gun control, and exemplifies the extent conservatives will travel to avoid a discussion about substantive legislation. In the wake of the Florida tragedy, the surviving students have launched a movement for action on guns and on a denouncement of the National Rifle Association.

While President Donald Trump has come out in favor and has expressed support for minor gun reform efforts, the NRA has maintained its position that there is no legislation needed.