Trump claims he would have fought off Parkland shooter without weapon 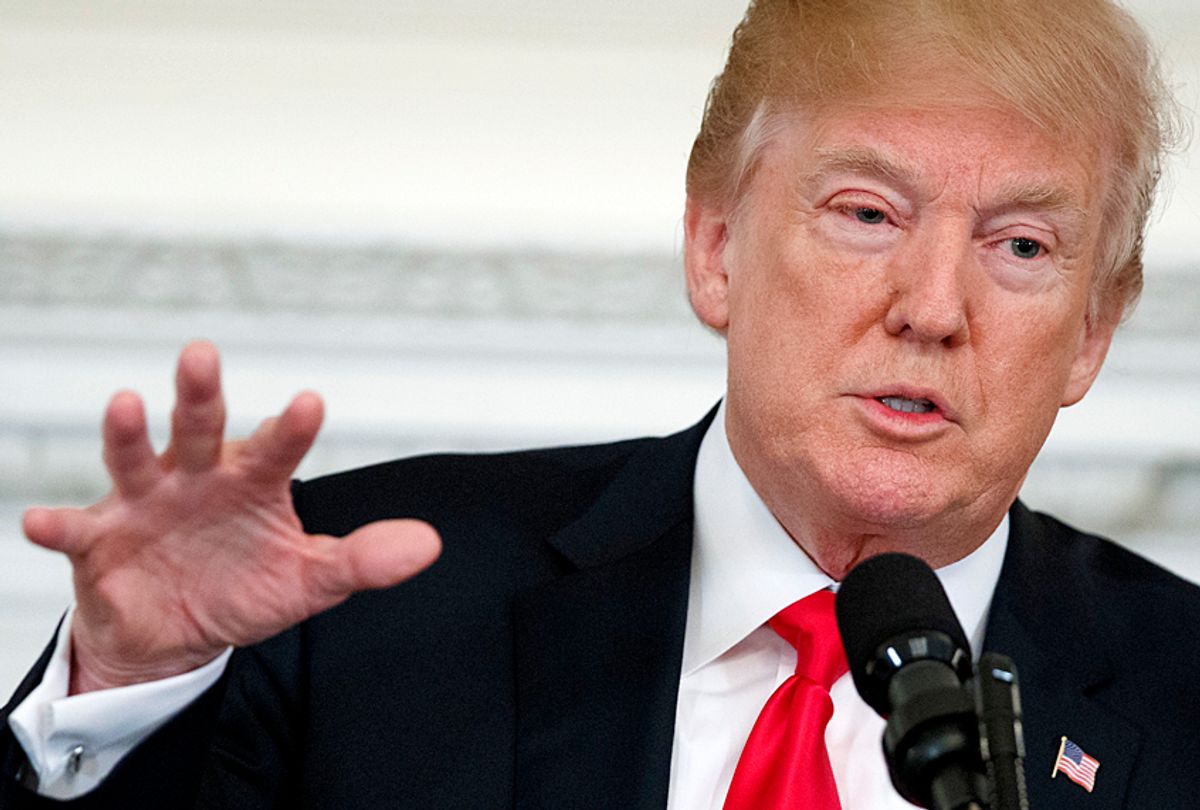 President Donald Trump mused that if he had been present at Marjory Stoneman Douglas High School when suspect Nikolas Cruz opened fire on students, Trump would have fought off the shooter — even if he were unarmed.

"I really believe I’d run in there even if I didn’t have a weapon, and I think most of the people in this room would have done that too," he told the nation's governors during a White House event Monday. Trump's comments arrive after it was revealed that an armed guard at the high school declined to enter when the shooting began, and that the Broward County Sheriff's office failed to act on multiple warnings about Cruz's alleged danger.

During the press briefing Monday, a reporter asked White House Press Secretary Sarah Huckabee Sanders to confirm Trump's assertion that he'd run into Marjory Stoneman Douglas High School and stop the shooter. She replied: "I think he was just stating that as a leader he would have stepped in and hopefully been able to help," indicating that no, Trump would not have battled the shooter, rifle to hand.

It is a clarification that seems more in line with his medical history and own comments on blood and injury.

At the height of the Vietnam War, when hundreds of thousands of men were being drafted and deployed to Southeast Asia, Trump was diagnosed with bone spurs in his feet, which resulted in his exemption from military service.

And, in an interview with Howard Stern in 2008, Trump described his own queasiness at the sight of blood, telling listeners, "I’m not good for medical. In other words, if you cut your finger and there’s blood pouring out, I’m gone," as HuffPost reported. Trump then described an incident during a charity event at Mar-a-Lago where a man fell off the stage. "He was right in front of me and I turned away. I didn’t want to touch him. . . he’s bleeding all over the place, I felt terrible," he said. "You know, beautiful marble floor, didn’t look like it. It changed color. Became very red."

Trump's remarks Monday follow his proposal to arm certain teachers in schools as a way to curb America's school shooting epidemic, a point he underscored during his speech at the Conservative Political Action Conference Friday. "A teacher would have shot the hell out of him before he knew what happened," Trump said.