Marine Le Pen tweeted pictures of ISIS violence, and she may be in trouble

After tweeting out images of ISIS brutality, the far-right leader faces charges — and possibly prison time 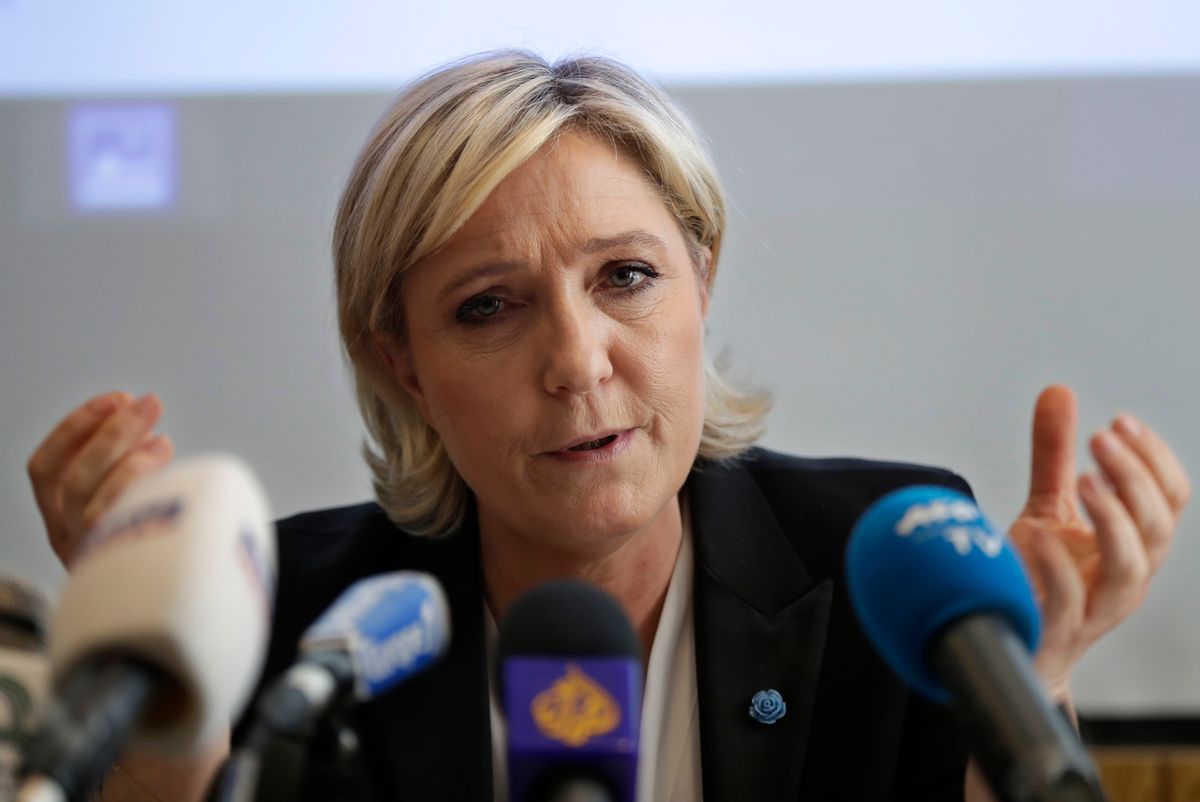 The charges issued on Thursday were for the "distribution of violent images," according to the Agence France-Presse. For tweeting them out, Le Pen could face as many as three years in prison if she's convicted. Le Pen, who is the leader of the far-right National Front, would also face about $90,000 in fines.

It's currently not known how likely the case is to go to trial.

After attacks in Paris in 2015 were claimed by ISIS, Le Pen tweeted out videos that showed brutal executions by the extremist group, one of which was the killing of American journalist James Foley. Le Pen used the imagery to condemn the French government's immigration policies.

There are also other legal cases that have targeted her or the National Front, the AP noted.

It's important to note that the extremist elements of Le Pen and the National Front's anti-European Union, anti-Muslim rhetoric are not that far from sentiments that have emerged from the White House. Or even from contemporary conservatism, for that matter.

"France is no longer free today," she said. "After 1500 years of existence, we now must fight for our independence."