Is the "Death Wish" remake as disgustingly right-wing as the original series?

The new "Death Wish" movie is a symptom of America's larger problem with its gun culture, but hardly the worst one 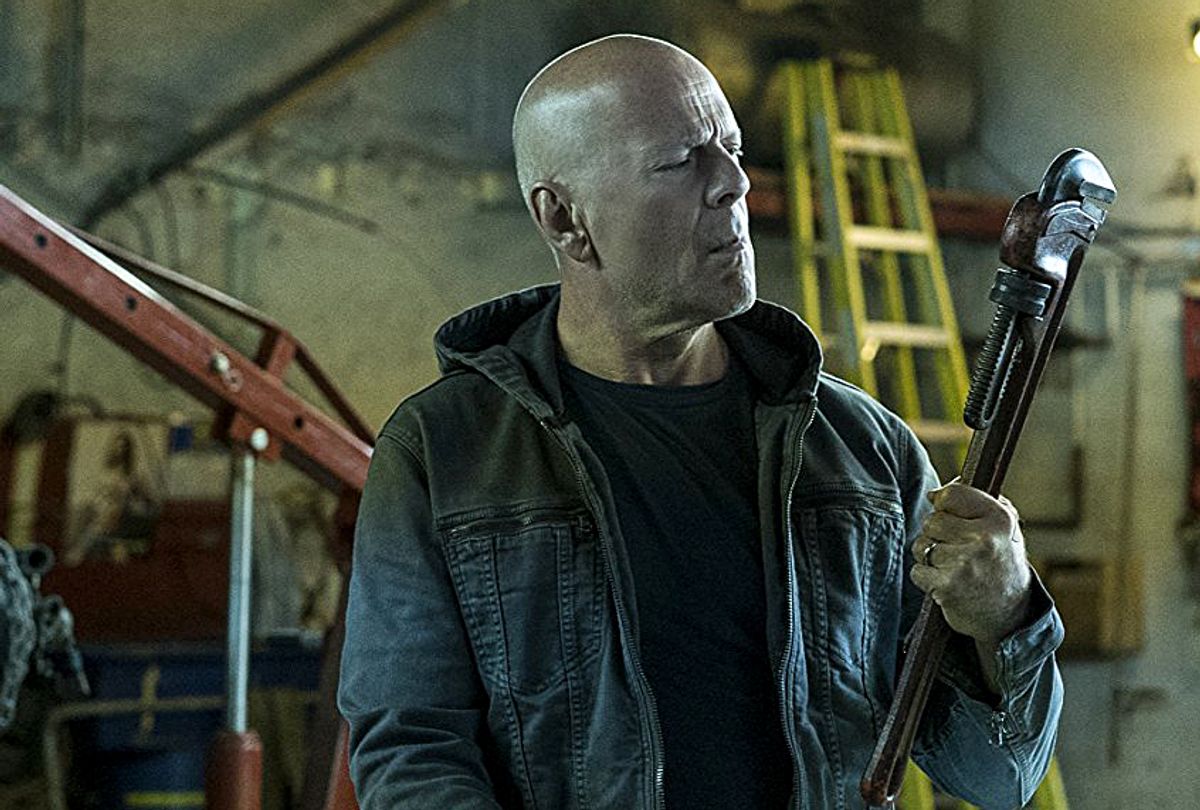 I couldn't bring myself to hate the "Death Wish" remake, as the vast majority of critics have done. Sure, its release was poorly timed (less than three weeks after the Marjory Stoneman Douglas High School shooting), but mass shootings have been ubiquitous for so long that I doubt there ever would have been an appropriate release date for a vigilante fantasy. For it to have not been released at a bad time, it would have had to not be released at all.

No, the problem with this movie's political message — namely, that a good guy with a gun can stop the bad guys of the world — is that it isn't confined to the "Death Wish" franchise. It exists everywhere in our culture, from movies and video games to the right-wing talking points that regularly thwart gun control legislation. The "Death Wish" movies are a little more obvious in preaching this than most blockbuster fare, to be sure, but our cineplexes are so filled with action films that indulge in this wish fulfillment that the "Death Wish" remake hardly stands out.

Perhaps their commonplace nature is what makes the politics behind this movie's concept so disturbing, even if the execution itself is unremarkable.

In the original "Death Wish" from 1974, director Michael Winner hammered audiences over the head with his pro-gun, pro-law and order, anti-"bleeding heart liberal" brand of conservatism. It felt like the frustrated war cry of a neoconservative, the kind of person who would agree with Irving Kristol's famous self-description as "a liberal who has been mugged by reality." The streets were gritty, the criminals rubbed their malevolence in their victims' faces and guns, though described as just a tool, were unambiguously presented as a source of salvation.

Eli Roth's 2018 version, on the other hand, makes a conscious effort to be bipartisan. It opens by listing the high crime rate in Chicago (a favorite conservative target these days) and shows a cop berating protagonist Paul Kersey (played by Bruce Willis instead of Charles Bronson) for saving the life of a criminal whose bullets just killed a police officer. Later, though, it drops in a veiled jab at AR-15s and mocks the ease with which potential gun buyers can purchase even the deadliest of weapons. And throughout the film real-life radio personalities Sway Calloway, Mancow Muller and various "real people" offer various liberal and conservative viewpoints on Kersey's vigilantism, just to reinforce the notion that it's "balanced."

The problem, though, is that you simply can't make a movie about the Paul Kersey character without its core message being fundamentally right-wing. You must have the subtext that a "real man" is able to use violence to defend his family, protect his property and clean up his community, which the "Death Wish" remake explicitly states several times. Criminals must be everywhere, incompetent bureaucrats must be incapable of protecting the public, ordinary citizens must rally behind the vigilante as a hero and be inspired to make the world a better place through his actions.

And you must cover your hindquarters so you won't seem like a bigot. Because law-and-order rhetoric has been used by right-wingers as a racist dogwhistle since the days of Richard Nixon and Ronald Reagan, it's necessary to have diversity in your criminals and your victims, your Kersey supporters and Kersey detractors. As Roger Ebert noted in his "Death Wish 3 review, "one of the hypocrisies practiced by the Death Wish movies is that they ignore racial tension in big cities. In their horrible new world, all of the gangs are integrated, so that the movies can't be called racist. I guess it's supposed to be heartwarming to see whites, blacks and Latinos working side by side to rape, pillage and murder."

All of these elements of the "Death Wish" formula existed in the original film and its sequels, and they are still present here. Because the formula adds up to a right-wing political message, the "Death Wish" remake is by default a right-wing picture, but its heart clearly isn't in it. This is mostly because, whereas the original "Death Wish" was clearly a passion project for Winner, the remake passed through several groups of creative personnel before landing in Eli Roth's lap. Unsurprisingly, the end result cares more about being a passably entertaining action flick than a manifesto.

In that limited sense, "Death Wish" is a success, albeit one that action fans should wait to see on Netflix. I can recommend it as a competent popcorn muncher that moves at a brisk pace, is about as engaging as your average "Law and Order" episode and contains an appropriately glowering (if somewhat bored looking) Bruce Willis. What I can't do, however, is entirely separate the moderately satisfying cinematic Big Mac on the silver screen from the toxic politics that I know coil underneath the surface.

America's decades-long epidemic of mass shootings — and the macho nonsense of the pro-gun zealots that is embodied in the "Death Wish" movies, and that weakens or prevents laws that would at least reduce their number — makes that impossible for me.