Roy Moore wants you to help him pay his legal fees 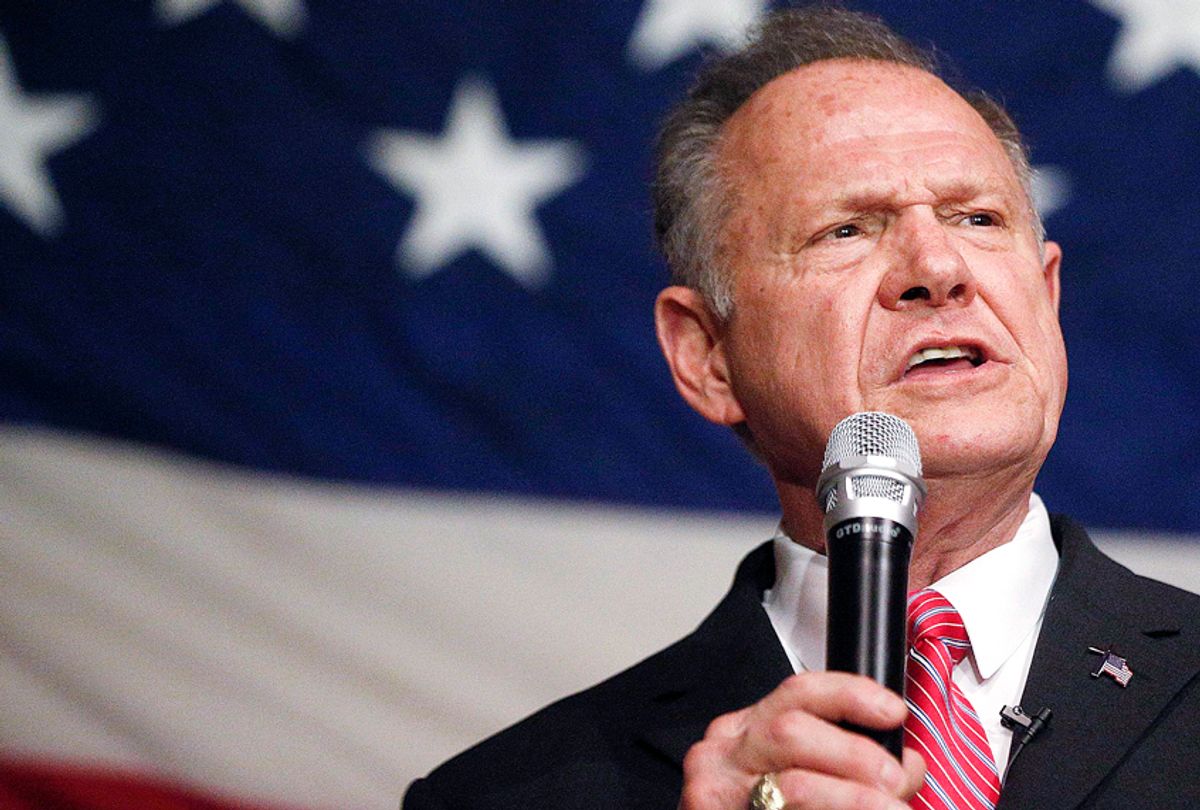 Roy Moore, the former Republican Senate candidate who refused to concede after losing the 2017 special election to Democrat Doug Jones, has now asked his supporters to help him with his legal fees.

What Moore conveniently neglected to mention in his Facebook post is that those fees are to fight a defamation lawsuit from Leigh Corfman, one of the women who accused him of sexual misconduct during the election, according to AL.com. Corfman is suing Moore on the ground that he defamed her by saying she lied about her accusations, as well as by attacking her personal character in general.

If your only familiarity with the legal case came from reading Moore's Facebook post, however, you could be forgiven for thinking that this was actually a holy war straight out of the Bible.

"I now face another vicious attack from lawyers in Washington D. C. and San Francisco who have hired one of the biggest firms in Birmingham Alabama to bring another legal action against me and ensure that I never fight again," Moore wrote on his post. Because his legal expenses "could run over $100,000," Moore asked his supporters for help covering those fees (at the time of this writing, a page set up for Moore's legal fund has raised over $32,000 out of a goal of $250,000).

Moore also characterized his struggle as a battle against the evils of modern liberalism.

"Gays, lesbians, and transgenders have joined forces with those who believe in abortion, sodomy, and destruction of all that we hold dear. Unless we stand together we will lose our Country," Moore wrote.

He added, "Christians can no longer afford to remain silent in these 'perilous' times. For we know that in such time men shall be come lovers of their own selves, covetous, boasters, proud, blasphemers, disobedient to parents, unthankful, unholy, without natural affection, truce breakers, false accusers, incontinent, fierce, despisers of those that are good, traitors, heady, high-minded, lovers of pleasure more than lovers of God."

"The political Left is filled with men and women whose sole aim in life is to overthrow our God-ordained rights which are guaranteed in the U.S. Constitution," Moore wrote. "It is your responsibility and mine to stand up to this vile encroachment on our rights, and defend that for which the Founding Fathers sacrificed so greatly. Please send a generous gift today to the Roy Moore Legal Defense Fund to help me defeat, once and for all, those who would destroy America in order to usher in their anti-Christian 'kingdom.' May the Lord richly bless you as you stand with me in this critical fight!"

Moore has a long history of mixing his personal religious beliefs with his political work. He was removed from his position as Alabama chief justice in 2003 and 2016 for refusing to do his job due to his religious opinions — once for refusing to remove a monument to the Ten Commandments and another time for telling probate judges not to follow a Supreme Court ruling legalizing same-sex marriages, according to CNN. He has also said that homosexuality should be illegal, was removed from a case for discriminating against a lesbian involved in it and has called for Christianity to have a more direct role in shaping America's government.

Yet while it seemed his far right views would land him in the Senate after he won the Republican nomination to fill the Senate seat vacated by Jeff Sessions, Moore's campaign crashed and burned after multiple women came forward to accuse him of sexual misconduct against them when they were teenagers. Corfman was one of those women.