Why Americans are such easy targets for trolls and bots

The only real defense against bots and trolls is an intellectual offense, and we aren't ready for it 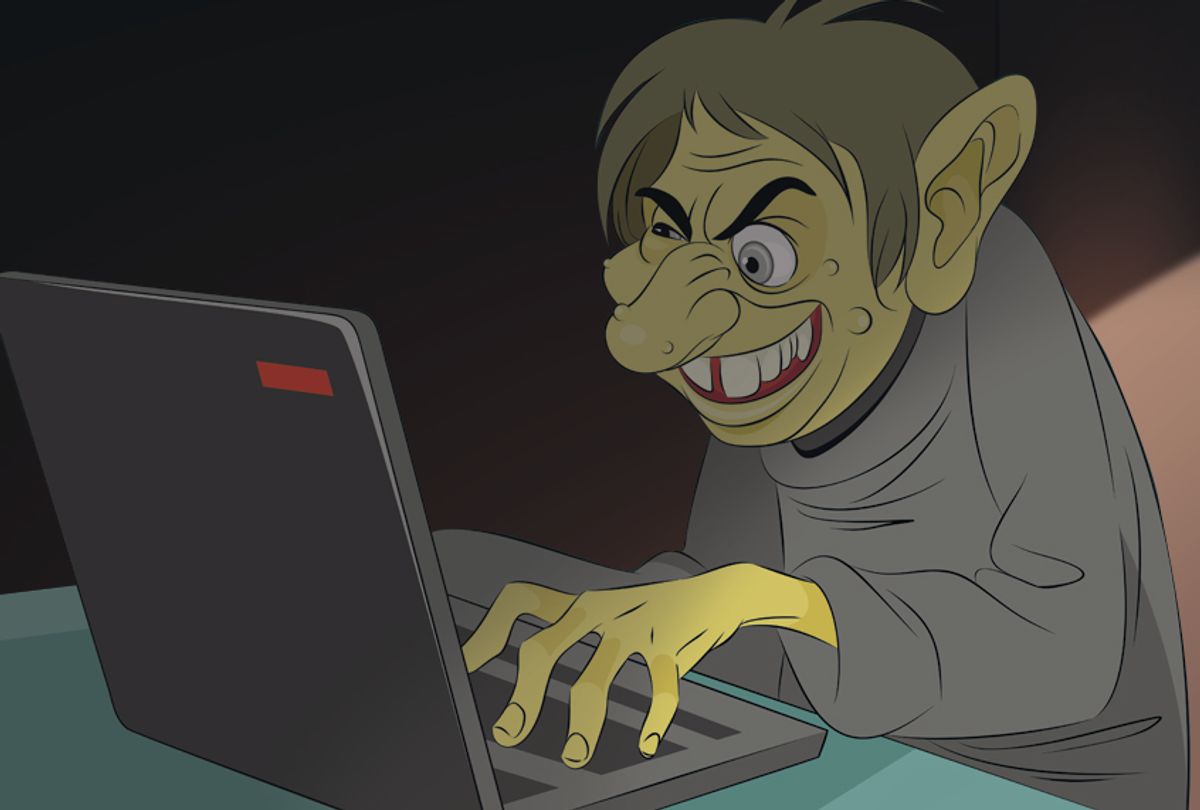 In the days after the mass shooting at Marjory Stoneman Douglas High School in Parkland, Florida, we learned that we weren’t just fighting gun violence in our country; we were also fighting bots that were using Facebook and other social media platforms to control the narrative and sow division. Parallel to bot propaganda after the shootings, a similar disinformation campaign popped up after the premiere of "Black Panther," with images of violence circulating on Twitter suggesting that white people weren’t welcome at the screenings.

Suddenly the breaking news story is that bots and trolls and other agents of disinformation are not only trying to influence our elections, they are trying to cause conflict among U.S. citizens. And of course, most of the news coverage hysterically suggests that the source of these digital media attacks is primarily Russian.

While I believe that it is critical to have a better understanding of the various ways that the internet can be manipulated to influence public opinion, thus far almost all of the conversation has focused on the wrong source of the crisis. We have had calls for Facebook and Twitter to better control access to their platforms, and we have just learned that the State Department plans to spend $40 million to fight foreign propaganda, but none of these tactics have any chance of working until we fix the real problem.

The real problem is that the United States is one of the least intelligent nations in the developed world. We aren’t good at processing and analyzing information, and that makes us suckers for bots, trolls and all other sorts of disinformation tactics.

We measure intelligence in lots of ways, but at the top of the list is literacy and numeracy. A study published in September 2017 by the U.S. Department of Education found that U.S. adults performed the lowest of all developed nations in numeracy. They also found that our literacy was on the low end of developed nations. Most interesting was the finding that young adults in their 20s from Finland, the Netherlands, Sweden and Japan who did not finish high school had the same literacy levels of U.S. high school graduates.

Study after study shows that the United States underperforms in literacy across the developed world — especially given its resources. But that isn’t even the core issue; the real problem is the way we have consistently devalued quality education across all levels for decades.

Consider the fact that 14 states teach creationism in public schools. Add to that the reality that a Pew Research Study from 2015 found that 34 percent of Americans reject evolution entirely, saying humans and other living things have existed in their present form since the beginning of time.

But it isn’t just our knowledge base that’s the problem; it’s the fact that the United States has effectively abandoned the notion that investing in education is critical for the future of our nation.

Public investment in K-12 schools has fallen dramatically in a number of states over the last decade, despite post-recession economic growth. Arizona cut funding for K-12 by 36.6 percent from 2008-2015. A study of investment in education across the developed nations of the OECD found that from 2010-2014 the U.S. decreased K-12 funding by four percent. Over the same period, education spending, on average, rose five percent per student across the 35 countries in the OECD. Even more noteworthy is the fact that in some countries, spending rose at a much higher rate. Between 2008 and 2014, education spending rose 76 percent in Turkey, 36 percent in Israel, 32 percent in the United Kingdom and 27 percent in Portugal.

The same pattern is true for higher education. States continue to slash support for public colleges and universities and funding remains below historic levels. Overall, state funding for public two- and four-year colleges in the 2017 school year was nearly $9 billion below its 2008 level, after adjusting for inflation.

It should come as no surprise that reduced investment in education leads to lower student outcomes and to poorer critical thinking skills.

It gets worse. Because on top of lower funding levels, current trends in higher education signal a sharp move away from the study of the humanities — the field that is at the heart of developing critical thinking skills in students. This means that reports of the shrinking humanities major — down by about 20 percent — are cause for serious concern. In 2015, humanities degrees were just under 12 percent of all degrees conferred.

In contrast, Finland has one of the best school systems in the world, and it also has done an excellent job of fighting off Russian propaganda, despite the long history of Russian efforts to influence them. While a critical part of the effort to fight Russian propaganda was spearheaded by the Finnish government, the real reason why propaganda doesn’t get traction is the widespread critical thinking skills among the Finnish population. Unlike the United States where teachers and professors are routinely denigrated and underpaid, in Finland teaching is one of the most-respected professions in the country.

Our pathetic commitment to higher education is only surpassed by our poor media literacy. In order to reject false media information, citizens need to not just be literate; they need to be media literate.

And that’s where Fox News comes in. Fox News continues to command the number one slot in cable news, with Sean Hannity’s show as its most watched program. Yet Fox News statements by pundits and their guests are ranked by Politifact as true only 10 percent of the time. This accounts for why a 2015 Public Mind poll from Fairleigh Dickinson University found that more than half of Republicans (51 percent) and half of those who watch Fox News (52 percent) believed it to be “definitely true” or “probably true” that American forces found active weapons of mass destruction program in Iraq.

Remember that those beliefs were in place well before the full onslaught of bots, trolls and other digitally driven agents of misinformation.

It’s not just that we aren’t good at critical thinking; we don’t even value it. The United States, seeking to distance itself from its European counterparts, was founded on a deep anti-intellectualism. As Richard Hofstadter reminds us in "Anti-Intellectualism and American Life," Puritan John Cotton once wrote “the more learned and witty you bee, the more fit to act for Satan you will bee.”

And as convenient as it might be to turn this into a partisan problem with the Republicans as the stooges and the Democrats as the sharp ones, that approach won’t work. Sure, we have considerable data on the gullibility of the Republican brain and the fact that fake news was shared far more often by Republicans, but, in the end, this is a truly bi-partisan problem on a national scale.

Don’t forget that much of the left continues to blame Russia or misogyny or Bernie Sanders for the outcome of the election, rather than Clinton’s flawed policy platform — a move unsubstantiated by facts yet constantly shared on left-leaning social media. Eleven percent of Clinton voters thought Barack Obama was born in Kenya and 18 percent of her voters thought that vaccines cause autism, despite overwhelming scientific proof to the contrary.

The parties may have their own special brands of ignorance, but there is plenty of dumb to go around. A 2006 Zogby poll found that more Americans can identify the Three Stooges than the three branches of government. Another poll from that same year found that 77 percent of Americans could name two of Snow Whites’ dwarves but only 24 percent could name two Supreme Court Justices.

That is why attempting to shut down the nearly 50 million accounts on Twitter run by bot software won’t make any difference if we don’t address the fact that this junk finds a willing and gullible audience. All experts on these media trends concur that in the future they will likely only become more and more sophisticated. The only real defense will be an intellectual offense.

Bear in mind that the most-circulated fake news story of the 2016 election had the headline "Pope Francis shocks world, endorses Donald Trump for president."

Anyone who knew anything about Pope Francis or anything about Donald Trump would have had to see that the story was a hoax. And yet, by November 8, 2016 the story, posted by a Romanian who supported Trump, had picked up 960,000 Facebook engagements, according to Buzzfeed.

So before we overly invest energy and resources into shutting down propaganda, hoax news and other forms of disinformation, we should probably make an effort to wise up. Philosopher Steven Nadler wonders if it is even possible to “fix American stupidity,” a mindset he describes as intellectual stubbornness. Yet, thus far, we have stubbornly refused to take stock of our own critical thinking failures. The stupidest thing we could do is try to solve this problem by ignoring our own collective stupidity.